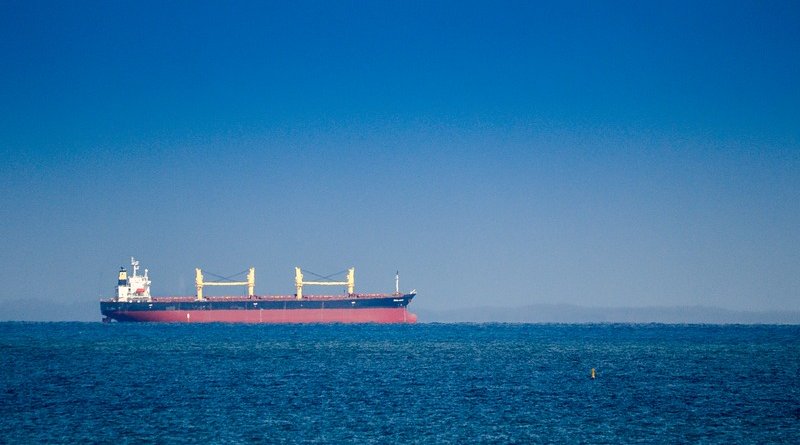 China has been buying a lot of U.S. crude oil lately, perhaps in a belated attempt to fulfill some of the energy import quotas agreed with Washington last year or perhaps in a bid to take advantage of supercheap U.S. crude. But the buying spree is about to end.

This month alone, China could import between 867,000 bpd, according to Reuters’ Refinitiv data, and 900,000 bpd, according to oilfield services company Canary. And then the flow of U.S. oil into China will decline, and it will decline sharply, Reuters’ Clyde Russell wrote this week. The reason as simple as it is worrying. The U.S. crude that has been going into China since July—and reaching major records in terms of volume, with the July daily average alone up 139 percent on the year—was bought much earlier, in April, May, and June. This was oil bought when West Texas Intermediate was trading at multi-year lows. By June it had recovered to about $40, Russell notes, so purchases since then have been more modest.

But here is the worrying part: much of the oil price recovery we’ve seen since this spring was caused by rising Chinese imports, including from the United States. Rising imports are traditionally taken to mean improving demand, but this time this has not been the case entirely. Chinese refiners have been stocking up on crude more because of the historically low prices than to satisfy growing demand.

In all fairness, oil demand has been seen as recovering pretty faster after the end of the lockdowns there but since China is not an isolated economy, its refining industry needs a recovery elsewhere in Asia and globally, and this has been slow in coming. Now, none other than OPEC is warning that a second wave of Covid-19 infections—already visible in parts of Europe, for example—will further slow down demand recovery, which will unavoidably affect Chinese oil imports.

According to Canary CEO Dan Eberhart, however, China will continue buying a lot of U.S. oil ahead of the U.S. elections. Beijing, Eberhart wrote for Forbes, would want to stay on Trump’s good side as much as possible in case he wins a second term. Reuters’ Russell is of a different opinion: he cites preliminary import estimates that point to a sharp decline in October to 500,000 bpd of U.S. oil flowing into China and a further decline in November. For Russell, it’s all about the price. For Eberhart, it’s also about politics and the trade war.

“While importing U.S. crude often doesn’t make commercial sense for China’s refiners, Beijing has directed them to continue buying as the election approaches—a sign that China knows that the trade issue with Trump will only intensify if the president wins a second term,” Eberhart wrote.

Yet not everyone agrees that politics will trump the economy. In fact, data from Chinese market research firms suggests private refiners, if not the state giants, may sharply cut their intake of foreign oil this month and next. After all, storage space is finite and Chinese energy companies have been filling it up for months now while demand has been improving but is yet to return to growth mode, even in China with its rebounding economy.

It looks like the dominant opinion is for a decline in Chinese oil imports, from the U.S. and elsewhere, in the coming months, not least because of lower refinery run rates. Reuters reported earlier this week refinery runs are set to be cut by 5-10 percent beginning this month because of a crude oil glut and weak fuel export margins. This would mean more pressure on prices. And this is not all. Some analysts expect that China may start selling the oil it bought on the cheap in the spring. Now that would be really bad news for oil prices.