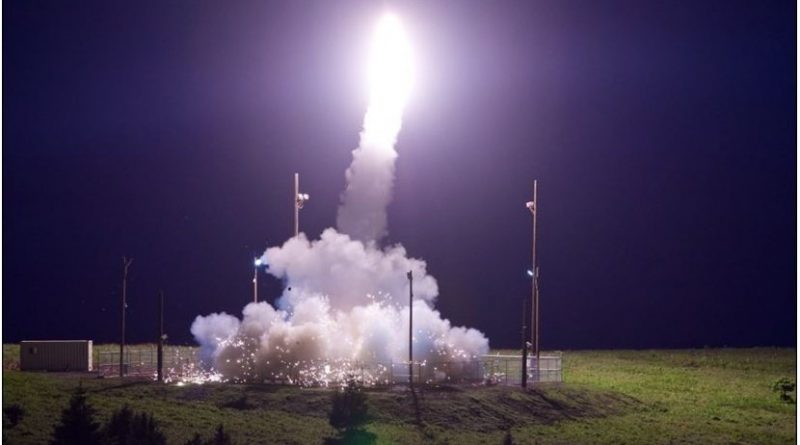 Addressing a campaign rally in Nevada on 20 October, US President Donald Trump declared that the US would be withdrawing from the Intermediate Range Nuclear Forces Treaty (INF Treaty), a bilateral nuclear arms control treaty signed by President Ronald Reagan and Soviet General Secretary Mikhail Gorbachev on 8 December 1987. US National Security Adviser John Bolton was in Moscow on 22-23 October to formally communicate the decision to the Russian authorities.

Under the INF Treaty [1], both the US and the USSR agreed to eliminate all shorter range and intermediate range ground launched missiles with ranges between 500 km and 5500 km. By 1991, all such missiles, launchers and support structures as listed in the MoU [2] attached to the INF Treaty were eliminated. It should be noted that the treaty did not cover elimination of any nuclear warheads. The missiles eliminated covered both nuclear and conventional capable missiles.

A new and remarkable feature of the INF Treaty was the extensive verification provisions introduced, including the establishing of a Special Verification Commission [3] to manage on-site inspections and resolve differences. These included baseline inspections to verify declarations, inspections of the missile bases and the production facilities, destruction under monitoring and a limited number of short notice inspections, also known as ‘challenge inspections.’ Following the break-up of the USSR, Belarus, Ukraine, Kazakhstan, Turkmenistan and Uzbekistan were also brought into the INF Treaty as these republics had hosted either a production or an operational of the missiles covered under the treaty.

The INF Treaty had been implemented by mid 1991 with the destruction of 2,692 missiles; the US destroyed 846 GLCMs (Ground Launched Cruise Missiles) and Pershing IIs while the USSR eliminated 1846 SS-4s, SS-5s and SS-20s. Incidentally, the Special Verification Commission has been meeting regularly though the frequency of meetings has come down. The last meeting was held in December 2017.

The US decision was not entirely unexpected, particularly after the Nuclear Posture Review (NPR) [4] came out in February this year. The NPR provided a much harsher assessment of the security environment faced by the US and envisaged a more expansive role for nuclear weapons than had been the case in the past. Both Russia and China were described in the NPR as countries seeking “to substantially revise the post-Cold War international order and norms of behaviour.”

The NPR states that “Russia continues to violate a series of arms control treaties and commitments. In the nuclear context, the most significant Russian violation involves a system banned by the INF Treaty.” Suspicions regarding Russian violation arose in 2008 when it tested a new ground launched cruise missile. In 2014, the Obama administration accused Russia of violating the INF Treaty but refrained from withdrawing from the treaty, in persuasion of the European countries. Russia has denied that the SSC-8 (Novator 9M 729) missile violates the INF Treaty though it has been reluctant to share the technical specifications.

There have been reports that the US is increasingly concerned about China’s nuclear modernisation and its nuclear buildup in the Indo-Pacific. Included in the Chinese arsenal is the DF-26 missile [5], with a range of 3000-4000 km, a range that is prohibited under the INF Treaty. However, the INF Treaty is a bilateral treaty and China is not a party to it. Chinese position regarding arms control is that it would be ready to engage once the US and Russia reduced their arsenals to levels comparable to China’s holdings.

The US announcement has been received with dismay in Europe. German Foreign Minister Heiko Maas called the decision “regrettable’, adding that it poses difficult questions for Europe. French President Emmanuel Macron spoke with President Trump on the phone and emphasised the importance of the treaty for European security. EU foreign policy chief Federica Mogherini described the treaty as “a pillar of European security” and cautioned against a new arms race. Nikolai Patrushev, Secretary of Russia’s National Security Council, said that Russia would respond with necessary measures to maintain parity but added that Russia remained ready to engage in dialogue.

Unlike his predecessor, President Trump has been dismissive of arms control agreements, an opinion shared by his NSA, John Bolton. This was evident in US’s unilateral repudiation of the P 5+1 nuclear agreement with Iran (JCPOA) in May. The New START agreement which restricts both countries to 1550 launchers each is set to expire in February 2021, unless renewed for another five years which appears highly unlikely, given the present mood. The US decision sends a clear signal that raises the salience of nuclear weapons in its security calculus.