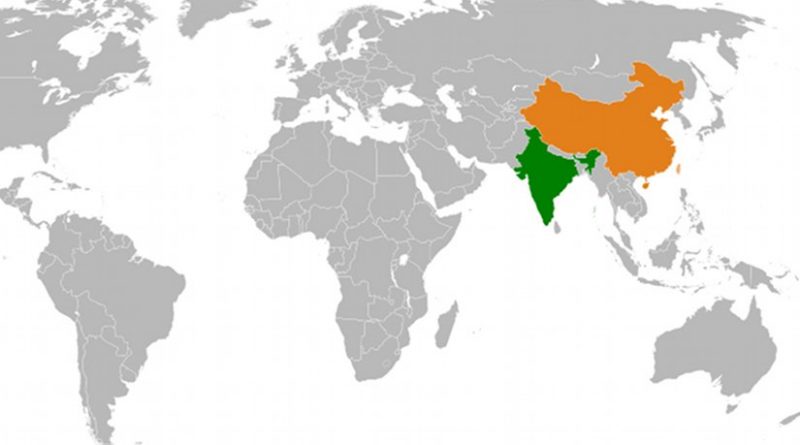 Riding on clear signs of an ascendant India and a massive electoral mandate behind him, Prime Minister Narendra Modi is on course to try and break the status quo in New Delhi’s ties with Beijing, setting the ball rolling by re-calibrating and infusing life into relations with Japan and the US. Modi knows he need not pursue anything blatantly anti-China, but only has to use India’s huge market and economic growth potential to goad Beijing to be pragmatic on the way to evolve a solution to the border logjam and agree to initiate measures to reduce the trade imbalance—two issues New Delhi would like to achieve breakthroughs on.

Much of India’s efforts in 2016 on the China front will be to work for a level playing field in areas such as access to the Chinese market to boost exports and reduce the trade gap; increasing the quantum of Chinese investments; and, of course, bridging the differences on the border question so as to resolve the issue permanently. By now, the ability of Chinese companies to peddle their wares in India is legend, but they are reluctant to invest in the country. In fact, Chinese investment in India is lesser than those of Canada, Poland, or Malaysia. For instance, in the past 14 years, UK has invested $ 21.5 billion in India; but China’s investment stands at $ 0.4 billion – less than Canada’s $ 0.5 billion.

It is true that India has dethroned China as the world’s fastest growing large economy, with a growth rate of around 7.5 per cent. However, New Delhi still has a lot to do to improve the nation’s economy and the job sector that can take care of the aspirations of the country’s 365 million youth aged between 10-24. That is the reason New Delhi has launched its ambitious ‘Make in India’ campaign and is also the prime reason why it wants China to really invest big time here. True, Japan has beat China in bagging the $15 billion contract for building India’s first bullet train project in the 505-km-long Mumbai-Ahmedabad sector. However, it is also true that an India-China consortium is conducting a feasibility study to build a high-speed rail track on the 2,200-km Chennai-Delhi sector, in addition to the 1,200-km New Delhi-Mumbai corridor.

If New Delhi, would strive for a deeper economic engagement with Beijing in the coming days, China will seek to bring India on board its ambitious and controversial ‘Silk Road’ projects that began with the launch of the ‘One Belt One Road’ initiative. China’s New Silk Road aims to link Central and South Asia by roads, railway and energy pipelines. China has already flagged off the longest cargo rail link in the world, connecting its manufacturing hub Yiwu to Madrid, Spain. One of the sectors in this belt is a corridor that envisages linking China’s Yunnan province with Myanmar, Bangladesh and India. New Delhi is wary about this project as it fears the deepening Chinese presence or influence in the region, but countries like Sri Lanka, the Maldives and Indonesia are already on board. What the Modi government will have to decide in 2016 is whether India can afford to stay away from such a trans-national connectivity initiative in today’s geopolitical scenario.

Modi’s margin of victory in the 2014 election has projected him as a strong leader – something the world was quick to recognise. China, in fact, was among the first countries to send a special envoy to India to greet him on his party’s victory. This increased the level of contacts between the two Asian giants brought Chinese President Xi Jinping to India in September 2014, followed by Indian Prime Minister Modi making a trip to China in May 2015. Again, in November 2015, India hosted the highest-ranking Chinese military delegation in about a decade. The 26-member delegation, headed by General Fan Changlong, vice chairman of the Central Military Commission (CMC), held talks with the Indian military and government leadership.

These bilateral contacts are expected to continue in the coming days because both countries appear to have realised that the simultaneous re-emergence of India and China as two major powers offers a great opportunity for the realisation of the Asian Century. Both have already agreed that the border is ‘generally stable’ and have endorsed ‘concrete actions’ to implement the consensuses reached. Already, indications are emerging that the two could actually be keen to work on the economic engagement aspect more while continuing efforts to keep the border cool before a possible solution is reached.

New Delhi has taken symbolic first steps in easing relations with Beijing. During his May 2015 visit to China, Modi announced that E-Visas would be extended to Chinese tourists visiting India. It has been said that he made the announcement against the advice of the security establishment. One would now expect Beijing to stop issuing stapled visas to Indian nationals from Arunachal Pradesh – a practise aimed at reinforcing its claim on the frontier state. These are irritants New Delhi would work on in the days ahead, because removing these irritants are extremely important for a serious economic engagement at a time when China has over-burdened itself with its massive expenditure on mega connectivity projects it has launched.

Another critical issue New Delhi cannot ignore is that concerning China’s massive dam projects on the shared rivers, particularly the Yarlung Tsangpo, known in India as the Brahmaputra. The Zangmu dam near the U-bend, as the river enters Arunachal Pradesh, has already been commissioned, and Beijing has approved the construction of three more dams on the river. This has led to real and serious concerns in the lower riparian areas like Northeast India and Bangladesh. In the absence of a water treaty between the two nations and China only committed to providing India with flood-data during monsoons, India has to work hard to secure Beijing’s nod on a water agreement.

In 2016, of course, one can safely say trade and commerce would dominate the dialogue between the two countries. After all, Modi’s massive mandate enthused China Inc., long upset with India’s ‘hostile’ investment policies for Chinese investors. The setting up of two industrial parks for Chinese manufacturers and the India-China consortium being on board for a mega bullet train project has changed that perception among Chinese investors. Trade is bound to call the shots in India-China engagements as we embark on yet another new year.

One thought on “Contours Of China-India Relations In 2016 – Analysis”