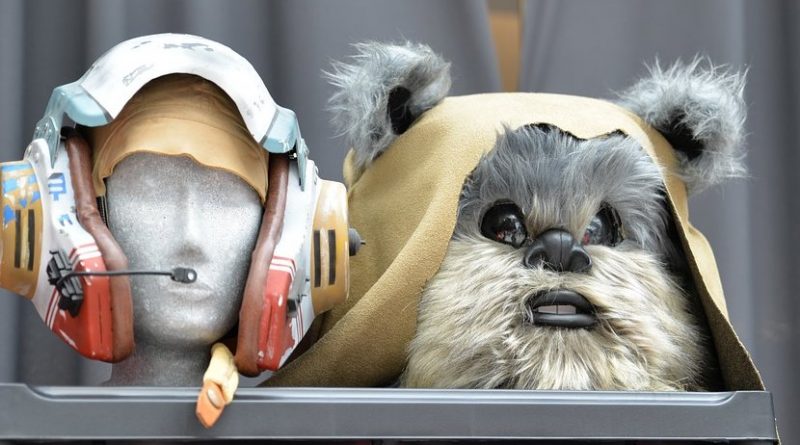 Changes in costume in the female leads – Padmé and Leia – in Star Wars Episodes I through VI parallel shifts in the characters’ positions of power, a study published in the open access journal Fashion and Textiles suggests.

These changes in costume and status seem to be linked to the progression of the characters’ romantic relationships, and take focus away from their roles as political leaders, and towards more passive roles as romantic partners, according to researchers Mary C. King and Jessica L. Ridgway from the Jim Moran School of Entrepreneurship at Florida State University, USA.

King, the lead author of the study, said: “For years, Star Wars has been praised in popular media for its portrayal of strong and independent female characters, but it has also received criticism for how Padmé’s and Leia’s positions of power fade as their relationships evolve. We argue that this shift from women in power to subjects of the male characters’ affections is evident in costume and hairstyle changes throughout the films.”

The authors argue that Padmé and Leia are examples of how costume and hairstyle can diminish the positions of power that female characters hold and instead contribute to their objectification by drawing attention to their bodies – a phenomenon referred to as the ‘male gaze’.

Mary C. King said: “Objectification is obvious with costumes like Leia’s gold bikini or Padmé’s black leather corset dress. There is a level of sexualization with these costumes that is distinct and clear. What was most surprising for us is just how prevalent objectification is in Star Wars, even in the most subtle ways, such as bringing color into a costume, or hairstyles becoming less severe once romance starts being introduced.”

The authors observed that Padmé’s costumes in Episode I, when she holds substantial political power as Queen Amidala, depict her as fully clothed, revealing almost no skin, with dresses that hide the shape of her figure. Her hair is either tightly wound or covered. The authors suggest that the costume was designed to remind the audience of Padme’s political status – a leadership role in which she is acknowledged and respected – by emphasizing her imposing presence. The subsequent loss of power in later episodes and the greater emphasis on romance are associated with increased visibility of skin, higher body definition and softer hairstyles.

Similarly, Leia holds a position of authority in Star Wars Episode IV, which the authors argue is associated with a costume that leaves only her face and hands exposed, and a tightly wound hairstyle. Again, more revealing costumes and softer hairstyles emerge as the trilogy progresses, albeit in subtler ways than for Padmé.

Mary C. King said: “We are seeing frequent discussions on gender inequality across society, including in the media. In film, women are frequently objectified both through their roles and their costumes. Yet, films also have the opportunity to send a message that a woman does not need to reveal or change physical aspects of her body, or have her position of power diminished, in order to be appealing to other characters or to a viewing audience. Given the Star Wars films’ large audience – 69% of adults in the United States have seen the films, according to a YouGov poll – it seems important to investigate their portrayal of women.”

To examine the possible objectification of the lead female characters Padmé and Leia in the first six Star Wars films, the researchers carried out a qualitative content analysis of the trilogies’ audio and visual content, with particular attention to whether the characters held a formal leadership position, their relationship status, and how this may be reflected in their costumes. Qualitative content analysis is a research method for the subjective interpretation of written, audio and visual content through the identification of themes or patterns. The authors coded each costume worn by the characters according to three criteria – body definition, skin visibility and hair style. The codes were chosen based on existing concepts of what is part of a character’s costume, how costume may draw attention to physical appearance, and sexual objectification in relation to skin visibility.

The analysis focuses solely on the theatrical releases of the first two live action Star Wars trilogies and does not take into consideration the character development in other Star Wars stories, such as the animated series.