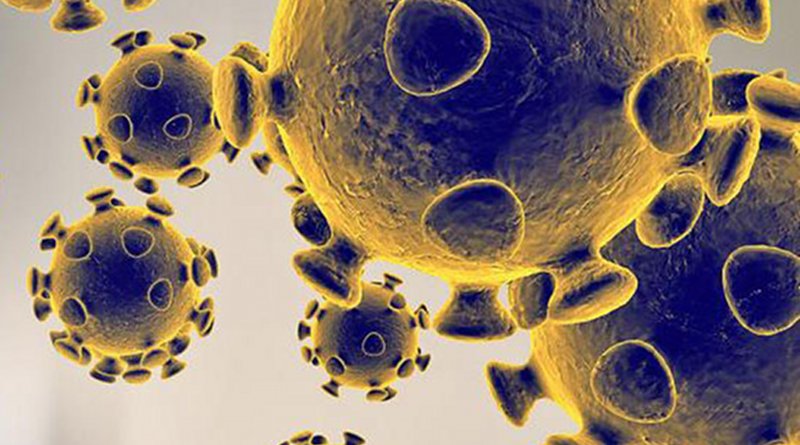 The coronavirus epidemic seemingly came out of nowhere in the beginning of the year and within a matter of days managed to wreak havoc with stock markets. As the days and weeks passed, and as the confirmed cases and the death toll rose, the media stoked fear and panic over worst-case scenarios.

All kinds of “experts” and commentators put forward near-apocalyptic warnings and theories over a potential global pandemic that would trigger an economic recession. But how valid are such fears and what should investors really be worried about?

While it is true that the scale of the epidemic is already worrisome and the number of those infected is indeed newsworthy, we must remember that context is everything. As of the time of writing this, there have been around 80,997 confirmed cases and 2,764 deaths caused by the virus, with most of those deaths inside China. Just to put this into perspective, according to the CDC, the normal flu season has sickened an estimated 26 million Americans, just this past fall and winter, with about 250,000 flu-related hospitalizations and around 14,000 deaths. Premature panic over the death toll of the coronavirus or over a global contagion therefore seems exaggerated at this stage, especially since the infections still remain relatively contained in China.

What we know about the virus also seems to be insufficient as a basis for such alarmist scenarios. So far, the disease has mostly killed people with pre-existing conditions, elderly patients and those with an already weakened immune system. In fact, over 80% of people who died from the virus in China were over the age of 60, and 75% of them had pre-existing conditions, according to a recent report from China’s National Health Commission, while patients over 80 have the highest risk factor. Also, very few children and young, healthy people appear to be among the confirmed cases. As for the infectious capacity of the virus, according to preliminary research, it seems to be only moderately infectious and either similar or only slightly higher than the normal flu.

So, this is what we know so far, for a fact. What we don’t know and can’t prove, are all the wild speculations and fear-fueled scenarios that have been making the rounds in the media, on online platforms and in newspaper headlines. Naturally, it is always possible that new research and further evidence could emerge in the following days and weeks that could provide good reasons to examine these worst-case scenarios closer and to take solid measures to defend against a credible threat. Until then, however, citizens and investors are most likely best served by a rational assessment of the provable facts and by resisting the urge to give in to panicked, knee-jerk reactions.

Our own worst enemy

Cognitive biases and our human tendency to allow emotion to overshadow rational analysis are phenomena as well-documented as they are universal. Even the smartest and most seasoned investors are still vulnerable to these blindspots and decisions dictated by emotional reactions can prove to be very expensive mistakes, but can also lead to irreversible damage to one’s wealth preservation strategy and efforts. Years of prudent planning can be canceled out by a moment’s panic.

Psychologists and behavioral economists have long identified the mechanisms and triggers behind these irrational responses. A great example is our failure to accurately compare the impact of the coronavirus to that of the normal flu, which leads to us focusing on the lesser threat. Of course, our attention is being misdirected by the media coverage of the epidemic: news outlets like to highlight the fatalities in their reports, while they leave out the 98% of people who are recovering or only ever presented mild symptoms. This leads us to overestimate the dangers of the new virus. As Daniel Kahneman, a Nobel Prize-winning economist, put it: “Our expectations about the frequency of events are distorted by the prevalence and emotional intensity of the messages to which we are exposed.” In other words, if a particular event is presented as being especially painful or damaging, our unconscious biases usually cause us to anticipate a higher likelihood of it happening to us, even if there is no actual statistical evidence to back that assumption.

This tendency to fall prey to emotional thinking and arrive at faulty conclusions is especially relevant for precious metals investors. Most of us, being focused on a long-term strategy, might be used to seeing the regular booms and busts, the cycles and the damages suffered by speculators and greedy gamblers in the markets, but that doesn’t mean that we’re immune to the effects of unexpected events such as the coronavirus panic. In times like these, it is more important than ever to recognize the real cause and effect and to separate the signal from the noise. Mainstream analysts and all kinds of “experts” might be trying to blame the economic slowdown, or even an upcoming recession, on the Chinese virus, but the fundamentals are stacked up decisively against such theories: The disease might be a trigger, but it most certainly isn’t the cause.

Instead, what is actually behind the next financial and economic meltdown, is a decade of loose money policies, of reckless borrowing and of artificially suppressed interest rates, all in a vain attempt to fake a recovery that never actually happened. Thus, investors will be much better served focusing on central bank policies and on the very real and measurably devastating effects of their irresponsible experiments, rather than being distracted by the scare tactics and sensational headlines of mass media