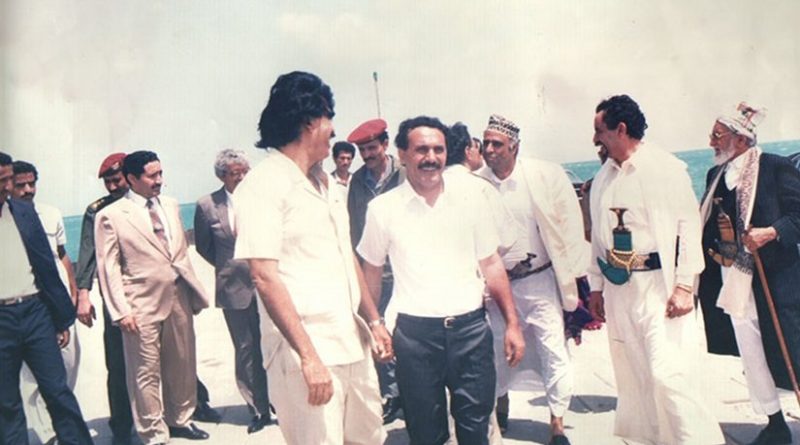 In 2015, India’s flag carrier Air India was pressed into emergency service to evacuate nationals from a new theatre of conflict, as the Middle East’s poorest nation, Yemen, stood on the cusp of becoming another victim of strife and conflict spreading through the region. As the ripples of the Arab Spring spread, Yemen’s uprising was also filed under similar caveats, of people rising against a distracted state. However, more than anything else, the uprisings initial acts against President Ali Abdullah Saleh, who stepped down after holding on to power for 33 years, were a gateway to give two large powers in the region a new play field.

From a revolt by some of the population against Saleh in 2011, mostly on economic grounds, who then abdicated power and handed the reigns over to his deputy, then Vice President Abdabbruh Mansour Hadi, taking over after Saleh was injured during the presidential palace siege in the capital Sana’a the same year, Yemeni political situation has only touched new lows. However, Hadi would only be able to hold power for some time in Sana’a as the initial protests against Saleh’s reign had spiraled into a sectarian conflict. The Houthis, a Zaydi Shia movement largely based in the northern parts of the country, took precedence and moved in to dislodge the Arab-backed power structures of the  government (Zaydism is a branch of Shia Islam that differentiates itself from the Twelver Shiism Iran, Iraq and Lebanon). By 2015, the Yemen conflict had metastasized into another regional power struggle between hegemons Saudi Arabia and Iran, forcing President Hadi to move base to the southern-coastal city of Aden, a historic port town that was ruled as part of British India until 1937.

However, like in most battle cases in West Asia, friction between the Houthis and the government in Sana’a predates the current war theatre. The Houthis, who came into prominence in the late 1980s when Yemen was still divided into two parts, the Riyadh – Washington backed Yemeni Arab Republic in the north and Soviet Union backed People’s Democratic Republic of Yemen in the south, have largely been a socio-religious group, and with little tilt towards armed political insurgency. However, this changed under their leader Hussein Badreddin al-Houthi, whose vehement opposition to the American invasion of Iraq in 2003 started to bend the mandates of the Houthis themselves. Such a shift led to a change in tactics led by al-Houthi, who in 2004, started to challenge the Saleh government on two arguments, first being the pro-US and pro-Saudi stance, and second the government allowing Salafist organization to setup influence zones in north of the country, the region traditionally a Houthi stronghold. The Houthis saw this as an ‘intrusion’ and ‘threat’, politicizing the arguments between the two sides, which eventually led certain prominent Houthi groups to bear arms.

Nevertheless, the Houthis were not alone in this as the unification of Yemen in 1990 had also caused long-standing friction amongst tribal belts in the newly formed country, opposition towards which led to the civil war of 1994 between dissenting socialist factions in the south and pro-union forces of the north. Even as Saleh and the then leader of the People’s Democratic Republic of Yemen (South Yemen) Ali Salem al-Beidh managed to successfully unify the state, divisions within the country, specifically between tribes, remained prolific. This, mixed with deep economic troubles, created a vacuum in the country over time, slowly aggrandizing the multitude of problems it has faced since.

Saleh’s blind eye towards the rise of Salafist ideologies in north of the country gave space to the likes of Al Qaeda to build base. Al Qaeda’s offshoot, the Al Qaeda in Arabian Peninsula (AQAP), announced its arrival in 2000, one year before 9/11, when the terror group staked claim of attacking an American guided missile destroyer, the USS Cole, at Aden port, killing 17 American sailors. This event developed the base for greater US – Saudi interference in Yemeni affairs, pushing the Saleh government to act on Al Qaeda despite the chants of “jihad against America” being raised in the Yemeni parliament by certain groups. Even though a court in the US declared a ruling against the country of Sudan for facilitating the attack, various names such as alleged head of Al Qaeda operations in the Persian Gulf, Abd al-Rahim al-Nashiri, prominent Yemeni Al Qaeda operative Qaed Salim Sinan al-Herathi (who was later blamed for the 2002 bombing of oil tanker MV Limburg in the Gulf of Aden), Walid ‘Tawfik’ bin Attash (who was captured in Karachi, Pakistan, in 2003) along with a handful of co-conspirators are the top names leading America’s attempts to either capture or neutralize the perpetrators till today. Yemen, much before Afghanistan or anywhere else, was the starting point of America’s drone wars program. It saw success (and critique) in the country, but it is indeed the success part of taking out high-value targets via unmanned weapons that took these new war practices to other conflict zones such as Afghanistan, Pakistan and now Syria and Iraq.

Despite the history, till a certain extent, managing the clout of AQAP in Yemen and the current civil war that languishes at the bottom of the world’s ‘to solve’ pile of grievances, Yemen has not benefitted from its own region’s power play. Today it is the unfortunate scene of Saudi Arabian efforts to displace an Iranian backed militia, while Iran, like always, takes up the Saudi challenge by providing financial and military backing to the Houthis. Oddly, both Riyadh and Tehran who on a good day vehemently oppose America’s military intrusions in the region openly back their military moves in Yemen, not mincing words that the operations are to undermine Shiite militias by one argument, and the Arab-Sunni led government that is spreading Salafism on Riyadh’s backing on the other argument. In midst of these blatant power plays, it is the people of Yemen who suffer the consequences, with the humanitarian situation magnified with chronic poverty, destruction and now even a famine.

Saudi Arabia has an upper hand in the conflict, as it uses its Air Force and advanced armaments procured from the West to assert its dominance over the Iranian – Houthi narrative. Riyadh, as per reports and opinions in scholarly circles, has also until now, with blessings of Washington, managed to thwart the setting up of any international inquiry to study violations of humanitarian laws in Yemen. Any such inquiry, in all possibility, would not just indict Saudi Arabia for its direct military role, but also its Western partners for supplying the weapons. To counter any global narrative against it, including at the United Nations, the Saudis put-together a coalition of partners, which included countries from Africa and the Gulf, to stage-manage any such moves. To sum up the infinity cycle of the predicament that is Yemen, one of the partners’ active on behalf of Riyadh is Sudan, whose government dispatched 850 troops and saw their first fight against the Houthis in 2015, while the country continues to fight legal battles over its alleged role in the bombing of USS Cole 17 years ago.

Yemen today remains the most prominent example of an escalation of ideological battles between Tehran and Riyadh, as both countries fight on similar lines in Iraq and Syria as well, with the House of Saud’s backing of Sunni militias fighting against the Assad regime to Iran’s deployment of its specialized forces, such as the shadowy Quds Force and its deployment of Hezbollah. Despite the dynamics, and the Saudi – Iran rivalry, Yemen remains the only conflict in the region, which can be brought to a peaceful status-quo position with relative ease. However, the unwillingness of Tehran and Riyadh to compromise, and the criminal lack of urgency showed by the international community has pushed the people of Yemen in the dystopia they find themselves in today.

Meanwhile New Delhi’s historic diplomatic balance in the region had paid off this time as well. While operating the evacuation flights from Djibouti, India managed to create a situation where Saudi Arabia cleared the Yemeni airspace for the evacuation to take place, while the Houthi rebels, till a large extent, did not create trouble around the aerospace of Sana’a airport. With Aden acting as the defacto capital under the government, Yemen’s national airline also started to operate commercial Aden – Mumbai flights instead of Sana’a. Yemen had also actively participated in the Indian Ocean Rim (IORA) events between 2014 and 2015. India has maintained its call for a peaceful resolution via dialogue, and remained true to its balanced view of West Asia’s political optics. However, with its growing influence in the world and superpower ambitions, the question remains for how long India can get away with its ambivalence and distance from taking at minimum a political stand on such global events.

Home » Yemen: Why The Conflict Remains An Unspoken War – Analysis