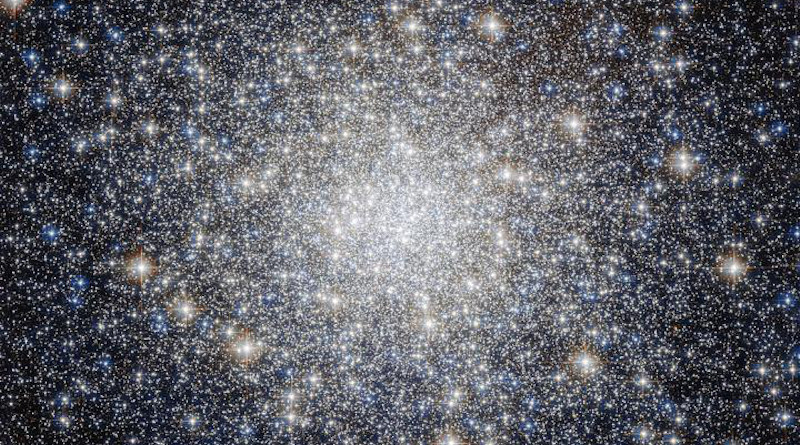 An image of GC M92 with the pulsar M92A embedded in the dense core. CREDIT: ESA/Hubble

Since the discovery of the first pulsar in 1967, thousands of pulsars have been found in our Galaxy. While some are located in the Galactic plane, we’ve also observed a population of pulsars in GCs that orbit the Milky Way.

These pulsars are a useful tool for probing a very different environment: the dense stellar cores consisting of stars as old as 10 billion years. To date, there are 157 pulsars discovered in 30 GCs.

M92A was first detected on October 9, 2017, during the commissioning of FAST. With more than twice the collecting area of that of the Arecibo Telescope in Puerto Rico, more discoveries are expected from FAST and they will improve our understanding of the pulsar population in the Milky Way and of related astrophysics, such as massive stellar evolution and equation of state of condensed matters.

This work was published in Astrophysical Journal Letters on Mar. 19, and it was highlighted by the American Astronomy Society (AAS) Nova site on April 17, 2020.