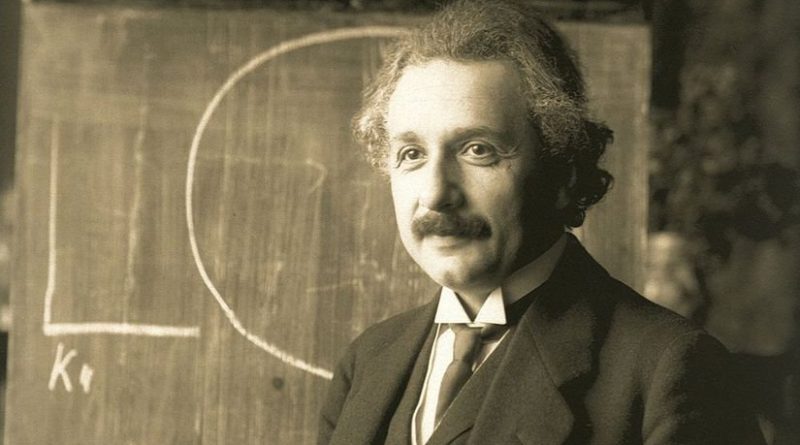 “Why War?” was the title of an interchange of letters between Sigmund Freud and Albert Einstein, starting with Einstein’s letter to Freud dated “Caputh near Potsdam 30 July 1932“, answered by Freud from “Wien September 1932” (Why War- Freud). Soon 85 years ago.  What can we still learn from these giants, and what might they have learned in the meantime?

It is very easy to sit in judgment of a world war, a cold war and much else later; therefore that is not what we are going to do.  Rather, let us look at their approaches, as fellow human beings searching for answers to a question for humankind at all times: the curse of war.

It is a remarkable document, and highly recommended reading.  Sadly enough, there is even a certain freshness to it as official thinking has not progressed much beyond what they had to offer.

Einstein comes out as a realistic lawyer; Freud as a theoretical social scientist and macro-historian.  For Einstein this may have something to do with the double meaning of “law”: descriptive of reality and prescriptive for reality, discovering the former and imposing the latter.  Freud’s world is more abstract and chaotic.  There are two indelible “instincts”, Eros and Death-Thanatos. But they combine in complex ways and are difficult to separate. We cannot just turn Eros against Thanatos, peace against war as they both want. They see themselves as pacifists, hoping for the world to join them.

The simpler of the two, Einstein, states: “My first axiom /in/ the quest of international security involves the unconditional surrender by every nation of its sovereignty /to/ a legislative and judicial body to settle every conflict arising between nations”. Yet, “strong psychological factors are at work, which paralyze these efforts. Small determined groups regard warfare and the manufacture and sale of arms as occasions to advance their personal interests”. Greed.

As realistically true now as then; a law in the descriptive sense.

Not “uncultured masses” but “the so-called ‘intelligentsia’ is most apt to do this, with “no direct contact with life in the raw, but encounters it in its easiest synthetic form–upon the printed page”.

He then turns the “dark places of human will and feeling” over to Freud, from West to West, both unconscious of that limitation.  Freud has heard that “there are races whose life is passed in tranquility and know neither compulsion nor aggressiveness” and “can scarcely believe it” (see next week’s editorial on “Peaceful Societies”).

Freud believes that among primitives muscular strength was what counted, but gradually intellect and reason became stronger.  He sees in every society the strong trying to increase their power as force, and the weak trying to unite against them, l’union fait la force.

The units where this drama unfolds become bigger, “violence is overcome by the transference of power to a larger unity that is held together by emotional ties between members, ‘identity.’ Rulers seek a dominion of violence, the oppressed equal justice for all”.

Freud praises pax romana and “a peacefully united and flourishing France”, in spite of the horrors of violence that brought them there.

He joins Einstein: “Wars will only be prevented with certainty if mankind unites in setting up a central authority to which the right of giving judgment upon all conflicts of interest shall be handed over–a supreme authority, and its endowment with necessary power.” “There is no use in trying to get rid of men’s aggressive inclinations”.

Freud also has an axiom: “My belief is this.  For incalculable ages mankind has been passing through a process of evolution of culture. We owe to that process the best of what we have become, as well as a good part of what we suffer from. Though its causes and beginnings are obscure and its outcome uncertain–the cultural attitude and dread of a future war–may put an end to waging war. Whatever fosters the growth of culture works at the same time against war.”

The United Nations, and its Security Council in particular, were designed to do much of what Einstein and Freud wanted, but they hardly succeeded beyond the League of Nations.  LN was unable to stop Axis power belligerence, UN is unable to stop USA-Israel belligerence; LN was as unable to abolish colonialism as the UN to abolish neo-colonialism; neither is able to stop racism–argued so strongly by  Japan at the inception of the LN.  If there will be more peace in the world, it will probably be more due to moral sentiments and social processes.

The legal model, peace by law, dominates them to the point that they do not make “law” problematic.  And Einstein seems to buy into Freud’s “instincts” as innate, inherent inclinations in humans, not making them problematic.  Humans are capable of love and cooperation, of hatred and violence, as something innate, beyond doubt.

Nevertheless, that something may also be carried by Freud’s culture, reinforced or weakened, collective not only individual, and since they are both concerned with collective violence. Freud’s opening for culture was a step forward.  But: there are cultures and cultures.

And they both fail to unpack “conflict”,  making that problematic.  They use it not only as another word for violence but as something to be “settled”. However, they see that as a process from above they hardly would have accepted in their own problematic marriages. Why not education, why not people learning about conflicts and their solutions?

Conclusion: let nature and culture share the “instincts” as innate inclinations that cultures process; include how conflicts can be “settled” by solving incompatibilities; focus not only on how to change humans so as to reduce violence but also on how to change social and natural reality so as to accommodate solutions.  Plus, include the lasting traces of the violence of the past, the traumas.

The building blocks are all there. Yet more can be gained by proactive work on conflict and trauma than by reactive work on violence.

*Johan Galtung, a professor of peace studies, dr hc mult, is founder of TRANSCEND International and rector of TRANSCEND Peace University. Prof. Galtung has published more than 1500 articles and book chapters, over 470 Editorials for TRANSCEND Media Service, and more than 170 books on peace and related issues, of which more than 40 have been translated to other languages, including 50 Years – 100 Peace and Conflict Perspectives published by TRANSCEND University Press.