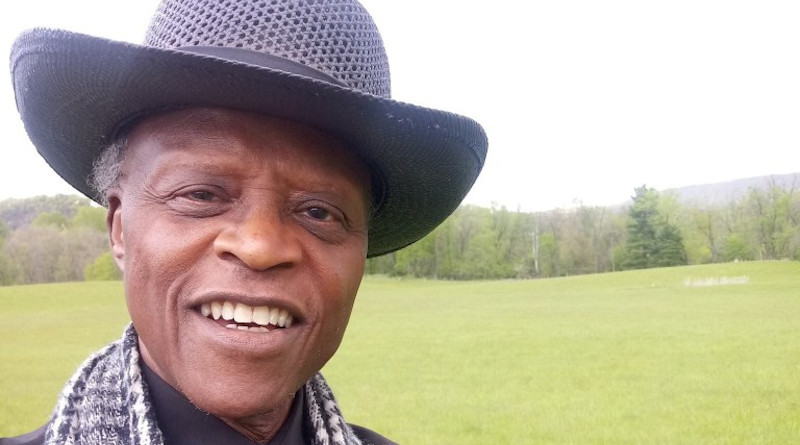 Outrageously, cowardly and traitorous politicians are allowing Black Lives Matter, a racist hate group to engage in an “Everything Must Go” fire-sale against America. BLM is literally pulling down monuments and demanding that large portions of our history be removed from the records. They are burning down homes which dare fly the U.S. flag. They are taking control of portions of cities, absurdly claiming it as their new country. Why is BLM behaving like spoiled-brat bullies on America’s playground? The answer: Because they are allowed to do it.

My stomach turned watching Tucker Carlson on Fox News cite a Rasmussen poll which says Black Lives Matter has 62% popularity, more than President Trump.  I remembered a bit of wisdom my brother gave me years ago. He said whenever something shocking happens, before you respond, stabilize your emotions. Despite the depressing poll, over a million people sought tickets to attend Trump’s rally in Tulsa. Also, a Rasmussen poll says 40% of likely black voters approve of Trump’s job performance.

Fake news media is so despicable and obviously agenda driven. Here’s a NYT headline, “Trump’s Rally in Tulsa Could Spread Virus.” Meanwhile, the NYT and the rest of fake news media are encouraging anarchists to flood our streets with protesters with zero concern about spreading the virus.

What is so frustrating is that BLM is an extreme racist and anti-American hate group. Years ago, BLM declared war on cops and white people. They marched down a NY street chanting, “What do we want? Dead cops! When do we want it? Now!”

Folks, how can any American in their right mind support these haters, paid to assassinate cops and whites and destroy our country? Long before the George Floyd incident, BLM was paid $150 million by George Soros and various anti-American liberal corporations and foundations.

“Accessory before the fact” is a legal term referring to a person who incites or assists someone to commit a crime. BLM is physically destroying businesses, assaulting, and murdering people. Can victims of BLM file lawsuits against major corporations who are eagerly donating millions to the domestic terrorist hate group?

Hateful extreme leftists are dominating the airwaves with intellectual sounding nonsense in praise of BLM. They claim America always has been and always will be irreversibly racist. They say the solution is to tear up and rewrite the U.S. Constitution. Folks, this is hogwash!

Given that blacks are only 13% of the population, Christians and decent whites had to play major roles in ending slavery and empowering blacks. And yet, leftists’ get away with pretending that every achievement made by blacks throughout American history was made despite white America.

Leftists do not give a rat’s derriere about black empowerment or black lives. They view blacks as useful idiots towards transforming America into their socialist/communist utopia in which anything goes sexually.

A huge elephant in the room is how long will the white majority tolerate being repeatedly poked in the eye with a hot poker of racial hate by BLM; demanded to kneel in worship to blacks? While claiming to be against racial hate, leftists are intentionally generating such hate. They believe voters will blame Trump and vote against him in November.

Evidence that leftists are lying about America being eternally racist is everywhere for anyone willing to see it. Eager to heal our nation from the wounds of slavery and racial discrimination, white America excitedly allowed a black man to bypass the usual vetting process for a presidential candidate. They gifted Obama two terms in the White House. Naive whites believed electing a black president would usher in a new era in which they could never be called “racist” again. Democrats and fake news media used Obama’s skin-color as a bludgeon to beat Republicans into submission, giving Obama free rein to implement their agenda to transform America into a socialist nation.

Here’s another example of the good-hearted nature and generosity of the American people. Fake news media and Democrats promoted the lie that Republicans and white America did not care about the victims of hurricane Katrina because they were mostly black. The truth is U.S. donors opened their hearts, giving $4.2 billion to victims of Katrina which is believed to be the highest amount ever.

Formerly of the CIA, Buck Sexton has been ranting in his articles and tweets that we need to rally around the concept of “wartime conservatism.” Buck says the left is kicking our butts. He also called out conservative billionaires. Why aren’t they purchasing media platforms and funding our cause?

The GOP is asking people to donate at https://takethehouse.com/, which is a good thing. However, everywhere I turn, I see people afraid, angry and frustrated because they feel like the GOP is doing nothing to push back against ANTIFA and BLM running wild in our streets.

I would love for the Tea Party buses to roll again. Frankly, thus far, the funding is simply not there. Yes, I have been contacted by concerned Americans who are eager to donate. However, a tour needs a major donor to get the ball rounding.

While we struggle to find funding for a bus tour to inspire and encourage Trump’s base, BLM has a war-chest of mega-millions to destroy America and block Trump’s reelection. There is something terribly wrong with this picture.

Another thing causing my head to explode is all of the pandering to BLM, an evil and demonic hate group. In compliance to BLM, pastors are telling their white congregations to own up to their white privilege. My response is, “Stop it! Stop falling for leftists’ bogus guilt-trip.”

For crying out loud! America is the greatest land of opportunity on the planet for all who choose to purse their dreams. Anything else is a lie!