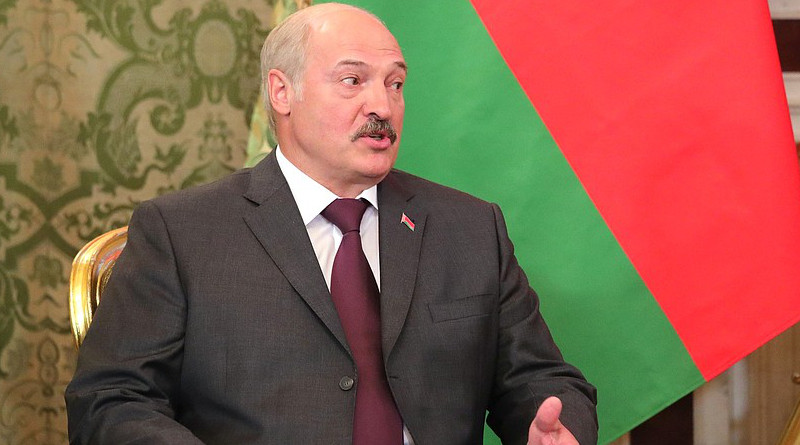 (FPRI) — Belarusian strongman Alexander Lukashenko is in trouble. The self-proclaimed father of Belarus, often called the last dictator in Europe, is facing the first real challenge to his presidency since he came to power 26 years ago. He’s been in power so long that there’s a popular joke in the country that Israel has had more presidents born in Belarus than Belarus itself. But for the first time since 1994, more than one genuine challenger to Lukashenko’s post has garnered the 100,000 signatures necessary to be on the ballot in the upcoming August 9 presidential election.

Even more surprisingly, candidate Viktor Babariko has gathered more than 435,000 signatures for his candidacy, an unthinkable feat in Belarus not long ago. It is difficult to overstate how unusual it is. Despite his tremendous popularity and support among Belorussian people, the presidential candidate and his son have been detained by authorities. Even public figures in Belarus, including famous athletes and entertainers, have begun to speak out publicly about politics. This is so commonplace in most countries around the world that it’s hard to explain to outsiders how unusual a development this is in Belarus. Leaked public opinion polls also show that Lukashenko is hemorrhaging support in Belarus—support that has been nearly unwavering for almost three decades.

After a rapid succession of serious missteps in recent months, Lukashenko now finds himself in unfamiliar terrain. Belarus’ economy has long experienced stagnation, but the recent collapse in oil prices and the COVID-19 pandemic have sharply and swiftly increased economic instability in the country. Belarus’ economy relies on cheap oil from Russia that it can refine and sell to Europe for a profit, as well as on remittances for labor migrants working in Ukraine and Russia. A low credit rating preventing cheap access to international loans, limited oil supplies, and the suspension of exports during the pandemic lockdown has made the Belarusian economy very vulnerable. As a result, Belarus’ economy is facing a shock and is anticipated to contract by at least 4-6 percent in 2020.

Without these economic pillars, Belarusians are suffering, and they are realizing that the economic security that Lukashenko’s leadership provided, which was generally not enjoyed by other neighboring post-Soviet states, might be ending. In addition to this economic insecurity, Belarusians are deeply disappointed and even embarrassed by their leader’s outright denial of COVID-19 as a hoax. While Lukashenko described COVID-19 as an illness that can be prevented by a trip to the sauna and another shot of vodka, the pandemic’s life-and-death consequences are painfully apparent to the people of Belarus, some of whom have drawn comparisons between Lukashenko’s mishandling of the crisis and the bungled Soviet response to the Chernobyl disaster. The country now boasts one of the worst per capita case counts in the entire world. Finally, Lukashenko’s inability to predict how stiff his competition would be in the election campaign has led to the arrests of two of his challengers already. The arrests of Babariko and Sergei Tikhanovsky were carried out with all the stereotypical hallmarks of an authoritarian government, including trumped-up charges and arrests made under the thinnest possible cover of legitimacy.

Lukashenko’s recent actions show that he may have backed himself into a corner with only one clear option: to rely on the authoritarian playbook and turn up the heat even higher on protesters. His two major opponents will probably stay in jail until after the August 9 election, and likely even longer to discourage further opposition and political bravery. It is unlikely that Lukashenko will allow protesters to continue to demonstrate as they have in the past few weeks. In fact, in just the past few days, pictures have come out of Belarus showing the police using extreme measures to crack down on demonstrators. They have been photographed using the same asphyxiation technique with a foot to the neck from which George Floyd was killed. People with hearing disabilities who were unable to hear the command to disperse have been detained. Female protesters are being threatened that their children will be taken from them.

The European Union has appealed for more democratic elections and called for Babariko’s immediate release. But the West has accepted the status quo in Belarus for more than 26 years, and with the conflict in Ukraine already taking up so much attention, there isn’t much appetite to take on another conflict in the region. It is unlikely that any new pressure from Europe or the United States will impact Lukashenko’s tactics, but the added level of pressure is pushing him away from his usual denunciation of the West as meddlers in his country’s affairs and forcing him to find a new and unlikely villain: Russia. In what is likely a bid to reinforce his legitimacy, Lukashenko is claiming that Russia is meddling in Belarus’ election. His main opponent, Babariko, was the head of BelGazprombank, a state-controlled bank under majority control of Gazprom, the Russian energy giant. Upon Babariko’s arrest, Lukashenko claimed to have uncovered the “puppeteer” behind Babariko, a thinly veiled reference to Vladimir Putin. Will Russia take the bait and get involved? Probably not. Putin has his hands full with his own referendum and doesn’t have the time to take on Lukashenko.

So what does this all mean for Belarus? The truth is that Belarus is on its own in this election. The West hasn’t been able to move the needle in Belarus despite years of pressure on Lukashenko to loosen his authoritarian grip on the people and improve his human rights record. And Russia knows that Belarus is at the mercy of its cheap oil and will use its economic leverage as much as it can to prevent another color revolution in the region. The people of Belarus need to change their fate themselves. The upcoming weeks will determine whether they will be able to seize this moment in time to move their country in a different direction.

The truth is, however, that while the new calls to “stop the cockroach”—referring to Lukashenko—are unprecedented and show a real sea change in public opinion in Belarus, Lukashenko is a shrewd politician who has survived in a tough region for a long time. He may just have a few more pages in his playbook to keep himself in power.

*About the author: Dr. Vitali Shkliarov is a Harvard University fellow, an expert in U.S.-Russian relations, an award-winning political strategist, and a campaign manager. He was senior adviser to many opposition and presidential candidates in Russia, Georgia, and Ukraine.