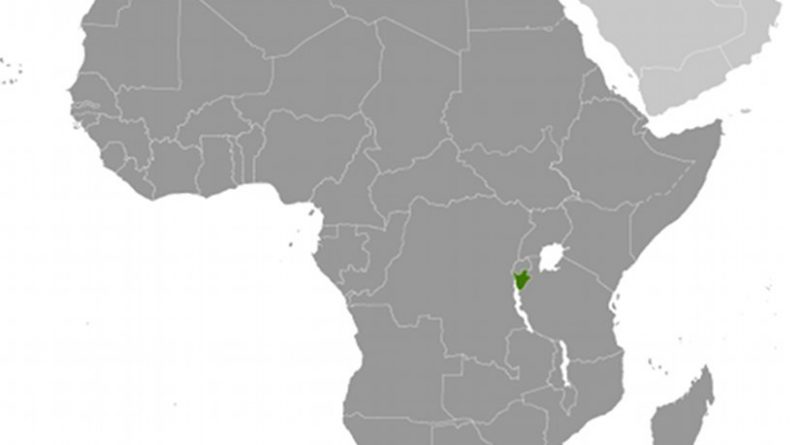 Burundian authorities should investigate and bring to justice those responsible for the dozens of political killings in Burundi since late 2010, Human Rights Watch said. The apparent politically motivated killing of Audace Vianney Habonarugira, a former rebel commander whose body was discovered on July 15, 2011, is the latest in a string of killings linked to the security forces, Human Rights Watch said.

The politically motivated killings have been concentrated largely in Bujumbura Rural province, a stronghold of the former rebel National Liberation Forces (Forces nationales de libération, FNL). Members or former members of the FNL and their relatives have been among the main targets. In retaliation, unidentified armed groups have killed local members of the ruling party, police, and intelligence agents. Human Rights Watch has investigated several such cases in late 2010 and the first half of 2011 and spoken with victims’ relatives, witnesses, and local authorities.

“The pattern of threats and violence against the former rebel commander, Audace Vianney Habonarugira, raises concerns of involvement by the security forces in his death,” said Daniel Bekele, Africa director at Human Rights Watch. “His killing and that of dozens of others raise concerns for the security of those who left rebel groups to resume civilian life in Burundi.”

Habonarugira’s body and that of another man were found with gunshot wounds outside the capital, Bujumbura. Habonarugira, 28, had been a colonel in the FNL, which he had joined in the 1990s as a child, before he was demobilized in 2009. Since then he had trained and worked as a driver and mechanic, and resumed civilian life.

In early 2011, Habonarugira began receiving threats from people linked to the security forces, sources told Human Rights Watch. A man named Cyrille Nahimana, described by sources as a policeman or intelligence agent, repeatedly harassed him in January and February, seeking information on FNL leaders in exchange for work and payment. In late February, Nahimana asked Habonarugira to meet him. Suspecting a set-up, Habonarugira sent a friend to the appointed place instead. A group of policemen and intelligence agents beat and kicked his friend until Nahimana intervened and told them they had the wrong person.

On March 7, Nahimana and three other men came to Habonarugira’s house and took him away. A witness told Human Rights Watch that Nahimana loaded a gun and told Habonarugira: “We offered you work but you refused. Now we have been given the task of taking your corpse to our bosses. We are not going to take you there alive. We will take you there dead.” A policeman accompanying Nahimana then shot Habonarugira several times in the side and in the stomach, severely wounding him.

After Habonarugira’s discharge on June 27, the authorities pursued him from province to province. After a local official came looking for him in his family’s house in the town of Rumonge, he fled to his mother’s house in the town of Gitega. Just 10 hours later, police and soldiers came looking for him there. Not realizing he was the one they were looking for, a soldier asked Habonarugira whether he knew “Habonarugira Audace Vianney, an FNL colonel” because they wanted to know what he was doing there and how he had gotten out of the hospital. Habonarugira escaped and returned to Bujumbura, where he stayed in hiding, fearing for his life.

Less than a week later, on July 15, Habonarugira’s body was found at Gasamanzuki, in Isare commune, not far from Bujumbura, with the body of another man whose identity has not been confirmed. The previous evening, local residents had seen several armed men climbing a hill in the vicinity, some in police or military uniform, and the residents later heard a commotion and shots. Local people found the bodies the next morning.

On July 20, the Bujumbura town prosecutor told Human Rights Watch that he had set up a commission of inquiry to investigate Habonarugira’s case and four others. He told Human Rights Watch that several additional killings brought to his attention would also be investigated. Senior Burundian government officials have also announced inquiries and other measures to improve security, but these announcements have not resulted in prosecutions or in a reduction in the violence.

In the cases Human Rights Watch has investigated, victims’ families said that typically there are no investigations and no follow up by the police or local authorities. Many families are too frightened to seek justice, and some have been threatened after doing so. In almost every case, the prevailing climate of impunity has enabled those responsible for the killings to escape justice.

“People in these areas should not have to live in fear,” Bekele said. “The government should investigate these killings and prosecute those responsible -whatever their political affiliation. Urgent action is needed to stop this spiral of violence.”