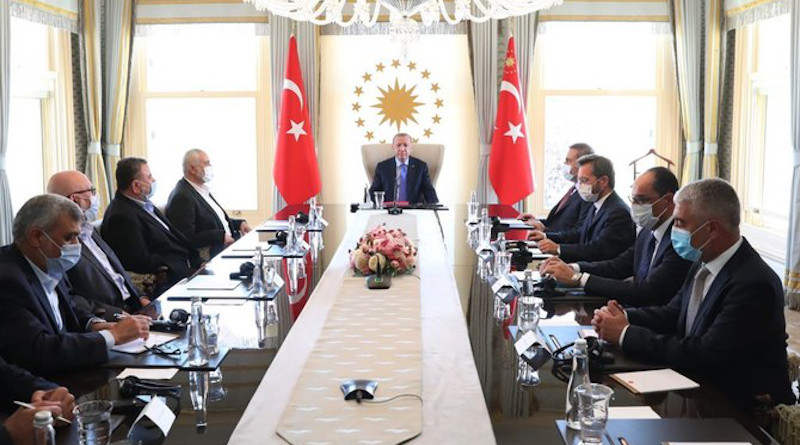 The group, which controls Gaza, is designated as a terrorist organization in the US, Europe and several other countries.

President Recep Tayyip Erdogan met the leaders in Istanbul on Saturday. The Hamas delegation was lead by the head of its political bureau Ismail Haniyeh, and included deputy chief Saleh Al-Arouri  – wanted in the US as a terrorist.

“President Erdogan’s continued outreach to this terrorist organization only serves to isolate Turkey from the international community, harms the interests of the Palestinian people, and undercuts global efforts to prevent terrorist attacks launched from Gaza.”

The US is increasingly concerned about Turkey’s growing relationship with Hamas.

In February, Erdogan met Haniyeh, again in Istanbul, for talks on the region.

Both Erdogan’s Justice and Development Party (AKP) and Hamas are linked to the Muslim Brotherhood, the movement that originated in Egypt and has inspired the ideologies of political, militant and extremist groups.

The meeting on Saturday came days after the UAE and Israel announced a deal to set up full diplomatic relations in return for Israel to remove its threat to annex Palestinian land in the West Bank. The West Bank is controlled by Hamas’s secular rival, Fatah.

According to the State Department’s Rewards for Justice website, Al-Arouri, who helped set up Hamas’s military wing, has been linked to several “terrorist attacks, hijackings, and kidnappings.” The US has offered a $5 million reward for information leading to his capture.