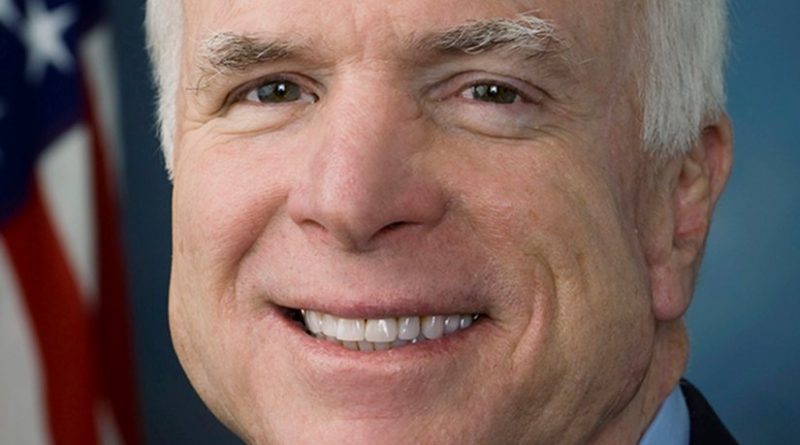 During the debate Wednesday in the United States Senate concerning Sen. Rand Paul’s (R-KY) resolution (S. J. Res. 39) to prohibit certain US military equipment sales to Saudi Arabia, resolution opponents Sens. John McCain (R-AZ) and Bob Corker (R-TN) spoke regarding their concern that a Houthi victory in Yemen, which US military equipment sales to Saudi Arabia is supposed to help prevent, could result in increased danger at the Strait of Hormuz. Corker, in the discussion, even seems to say Yemen borders the Strait of Hormuz. However, as pointed out by Steven Nelson in an interesting US News and World Report article regarding McCain and Corker’s comments, the Strait of Hormuz is hundreds of miles from Yemen.

If McCain and Corker were arguing that the US should just mind its own business and keep out of foreign wars as some American politicians eloquently argued in the early days of the US, it would not matter if the senators think Yemen is next to Mongolia or is an island in the Pacific Ocean. But, instead, the senators are projecting their knowledge of the situation in the Middle East, as well as of the region’s geography, to advance a practical case for why the US government should continue to provide great amounts of military aid to support Saudi Arabia and its allies in an attack on another country.

While even very informed individuals are likely to find that foreign interventions they support result in major problems they never foresaw, the folly of foreign intervention is more evident when its high-level proponents cannot get their facts straight. Corker and McCain have very influential roles in the determination and funding of US foreign policy and military policy. Corker is chairman on the Senate Foreign Relations Committee. McCain is chairman on the Senate Armed Services Committee.