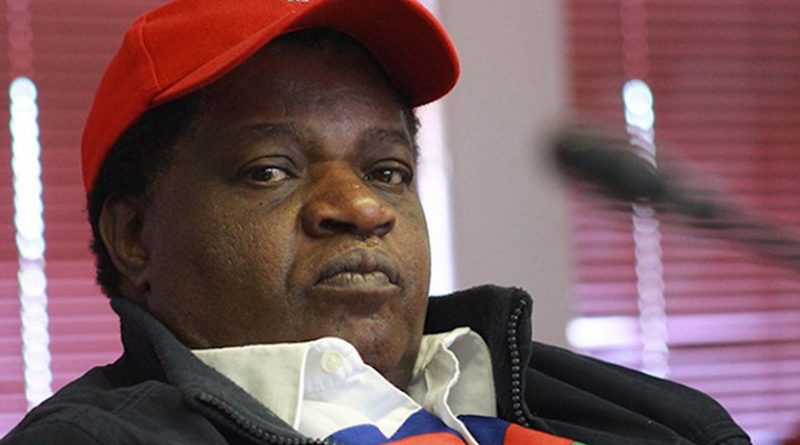 The Namibian government has leased four farms for 99 years to a company, Comsar Properties SA, owned by a Russian billionaire, Rashid Sardarov. Valued at USD$3 million and measuring a total 42,000 acres, the farms were registered as state property by the land reform ministry.

Land reform minister Utoni Nujoma has been flip-flopping on whether or not he was involved in the transaction, according to The Namibian.

The transaction was done exactly two days before the second national land conference started on October 1, 2018.

Public scrutiny of the transaction reached fever pitch [middle of October] when the official opposition Popular Democratic Movement (PDM) said it will take the government to court over the deal, while the Affirmative Repositioning (AR) movement said it will approach the Anti-Corruption Commission and the ombudsman to investigate the transaction.

Documents seen by The Namibian show that Nujoma was involved in the transaction, and he signed the title deeds of the farms on behalf of the government.

On October 18, Nujoma told the National Assembly that the government had considered Sardarov’s offer because of the “massive developmental and economic benefits and various employment opportunities” that would follow his investment.

He said before the agreement was completed, the matter was taken to Cabinet for deliberation, and it was agreed to grant approval to Sardarov’s company to take the farms on leasehold “under stringent conditions”.

However, one day later, Nujoma denied any involvement in the transaction, and said the documents made public by the AR movement were fake, and that his signature was forged on the deed documents.

He also stated that the government did not use public funds to buy the four farms.

“I have not purchased any farm. I have already made it clear; why are you insisting on fake news? I have not signed that, that is what I am telling you. We have not paid any money,” Nujoma told the Namibian Broadcasting Corporation (NBC), adding that he would investigate the title deeds made public by AR leader Job Amupanda to determine whether “they were authentic”.

Nujoma’s denial comes despite a lease agreement for the property provided by Sardarov’s lawyer, Sisa Namandje, stating that the land reform minister suggested that the government buys the farms at the full cost of Sardarov.

“The minister, in view of the developmental and economic benefit that will arise from the investment to be made by the lessee [Sardarov], has proposed that the four farms should rather be acquired by the government at the full cost and account of the lessee (including both the purchase price and compensation demanded by the farm owners), and the latter to lease the four farms on a 99-year lease in accordance with this agreement,” Namandje’s document states.

When contacted for comment on October 21, Nujoma said he could not comment, and promised to respond, but did not do so by the time of going to print.

In the meantime, criticism about the deal has escalated, with National Unity Democratic Organisation (Nudo) deputy secretary general Vetaruhe Kandorozu October 21 calling on Nujoma to resign with immediate effect.

“If he can’t resign now, it is high time for the appointing authority, the president, to release the minister of his duties and give him another assignment, as he has demonstrated a high level of incompetence on land-related matters,” charged Kandorozu.

He further called on president Hage Geingob to reverse the transaction between the government and the Russian billionaire.

“Allocate those farms for the resettlement of the landless dispossessed and all Namibians to be resettled there [sic] as per the resolutions of the just-ended land conference.

“Nujoma, please do the honourable thing and ask the president to release you from duty […],” Kandorozu said.