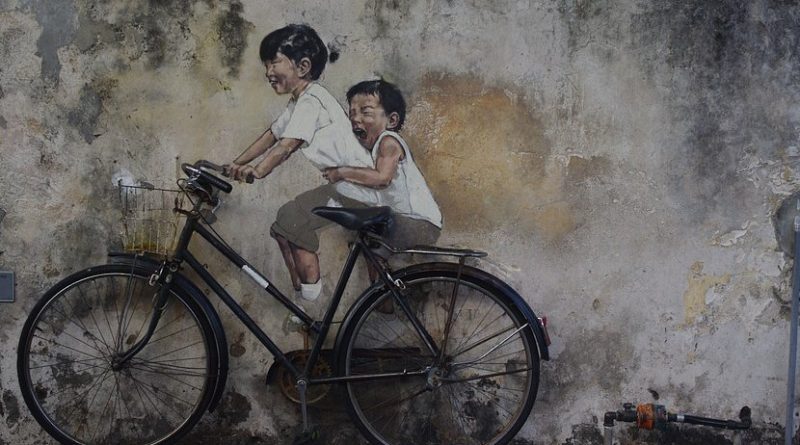 The Malaysian civil service, which grew out of the old Malay states and British Malayan administrations into a multi-tiered and diverse group of ministries, departments, and agencies at federal, state and local government levels, has lost the luster that once characterized it, becoming an unresponsive government unto itself within the government.

The civil service is primarily mono-ethnic and doesn’t reflect society’s diversity, having devolved into a one-dimensional organization whose insular single-track thinking presents a barrier to ministries finding the best solutions and/or new approaches to problems and issues.

For example, when Mustafa Mohamed became minister for Agriculture and Agri-based Industries in 2008, he asked the ministry for new thinking to be pursued in the floundering agriculture sector. The ministry was unable to present the then-minister any fresh ideas, due to the insular paradigm it had been working within for so long.

Over time, because of the New Economic Policy promulgated after 1969 race riots and with covert encouragement from superiors, a ‘Malay agenda’ has developed, designed to cater to ethnic Malays and little else. That has created a collective narcissist, inward-looking, overly sensitive culture. There is an extremely strong power-distance relationship between superiors and subordinates in which subordinates are not encouraged to question their superiors. Leaders often become self-important.

The culture is male-dominated, with males often uncomfortable and intimidated by female superiors. Issues are politicized. Officers are oriented to achieving “KPIs” – short-term goals — rather than long-term visions, resulting in events and meetings to impress and please superiors rather than specific, concrete objectives.

Parts of the civil service don’t always cooperate with their respective ministers, as the current minister for religious affairs in the Prime Minister’s Department is finding with JAKIM, the religious certification department. The Selangor Islamic Department (JAIS) in 2014 conducted raids with the police on the Malaysian Bible Society that were embarrassing for the then-opposition Pakatan state government.

Pakatan leaders have warned publicly that civil servants loyal to the previous government are out to topple the current one. Kedah Chief Minister Mukhriz Mahathir in particular has warned of a ‘fifth column’ of civil servants supporting the opposition with their own agenda.

In other areas, civil servants act for the direct benefit of their political leaders rather than national interests. Asia Sentinel has learned that officers at the National Registration Department (JPN) in Sabah are issuing identity cards to illegal immigrants. These identity cards aren’t connected to the national database. However, the Electoral Commission (EC) will accept them for voter registration.

Corruption is endemic, with numerous methods used to profit from public funds. Some officers in areas close to the procurement process set up small trading companies which supply items not subject to tender such as office furniture, fixtures, stationary, printing, and computer equipment at inflated prices to their respective departments or ministries.

Other misuses occur through false travel and accommodation claims, and payments for goods not supplied or work not done. Tenders are often manipulated to hand out construction jobs to specific companies. Assets are sometimes misappropriated for personal use.

One top ranking civil servant had a whole career of crime within the civil service beginning with taking payments from developers while he was the district officer in Port Dickson. As general manager of the Perlis State Economic Development Corporation (PKENPs) he manipulated housing and industrial development tenders, continuing to do so as state secretary until he was dismissed on 24 hours’ notice for publicly questioning the decision of the Raja over the selection of chief minister after the 2008 state election.

The officer has just recently retired with lavish properties in London costing far beyond what he would have made as a civil servant. The MACC officer who investigated the case told the Asia Sentinel there was a good case against him. However, he has been able to escape any form of prosecution due to his close personal relationship with the then director general of the MACC.

Numerous guilty parties to acts of fraud and corruption have escaped prosecution due to relationships high-ranking civil servants have with each other. Others escape prosecution because heads of departments and ministries don’t want any scandals to go public, preferring cover-ups. Many departments and agencies within the civil service are so much under the control of a single person or select group that corruption or wrongdoing is nearly impossible to detect.

Today, the civil service directly employs 11.8 percent of the country’s total workforce, continuing to grow due to the government’s belief in heavy market intervention. With past successes in developing the agricultural sector via heavy intervention, this model has continued to be used to develop the multi-media, biotechnology, and halal sectors with lackluster results.

Many government sector market intervention corporations like the Federal Land Development Agency, which once was vital in rural development and uplift of rural families, now require massive taxpayer funded bailouts. At the state level numerous agencies and special purpose companies also suffer from massive losses. The extent and scope of these losses nation-wide is hidden by poor government transparency in these activities.

Almost 45 percent of Malaysia’s budget goes to paying wages and pensions to past and present civil servants. The ability of the government to cover these payments is under question. Standards have been declining since 2014. The size needs to be cut urgently and practices modernized to make government more efficient according to a recent World Bank report.

Many government services are duplicated in rural services, vocational training, border protection and religious administration that could be streamlined and coordinated, making taxpayer savings.

Transparency and accountability are extremely low. Much of the annual Auditor-General’s report is not released to the public. Information about state civil services and agencies is extremely difficult to come by within the public domain.

No Freedom of Information Act (FOI) exists although it was promised. The Official Secrets Act (OSA) has been routinely used to hide information about tenders and other government business. The Whistleblower Act is extremely weak and the government still prefers to intimidate and threaten whistleblowers rather than investigate allegations of fraud and corruption within the civil service. There is still a prevailing culture, even with the new Pakatan Harapan, that transparency is still a prerogative – or not – of government.

Malaysians are at the mercy of decisions made by civil servants which can sometimes take months, with little recourse to appeal, should a decision go against the applicant’s interests. Although there is a Public Complaints Bureau (PCB), there is no specific body like an Administrative Appeals Tribunal or Ombudsman, although one is being planned.

The civil service has long lost direction, its intervention into what should be a market-driven economy causing more problems than it has solved. It is not the job of the government to pick market winners, or neither the job of the civil service to make that happen. The white elephants that have been created at both federal and state levels have cost Malaysian taxpayers dearly. Special purpose vehicles have only been opportunities for unscrupulous civil servants to profit through fraud and corruption.

The one-dimensional nature needs to be addressed urgently, if it is going to modernize and be relevant in the 21st Century. It needs to reflect national population demographics to not only reflect the nation’s racial mix, but gender mix as well. A single-race, male-dominated civil service lacks the diversity needed to tackle society’s needs and problems. Without demographic change, the culture dominating the civil service will remain corrupt.

For all intents and purposes, the civil service is the government. Whether Pakatan Harapan, UMNO-PAS, or something in-between is in power, the civil service will remain the same. To former Prime Minister Najib Razak’s credit, he did seek reform, but under all the balanced scorecard-based planning, KPI hierarchies and transformation rhetoric, nothing changed.

However, there is a much deeper level here below the public hype. Mahathir and Anwar together back in the 1980s and 90s created the culture within the civil service that exists today. So far there is no real evidence to indicate they want to substantially change it.

This article was published at Asia Sentinel