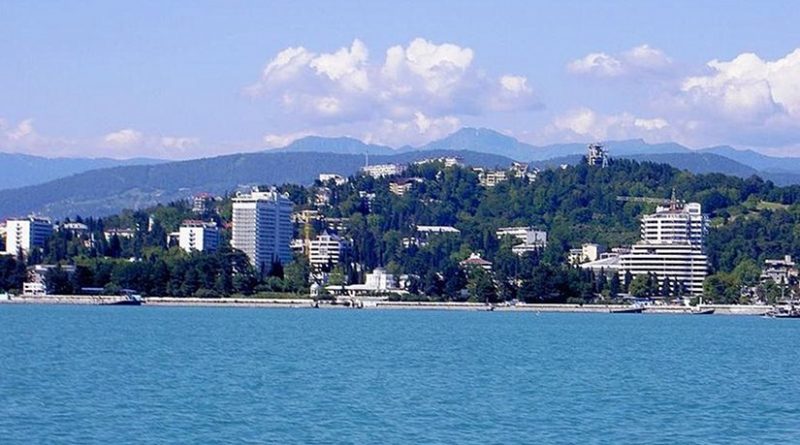 Russia has finally announced that it would host African leaders and corporate business tycoons in a high-level October summit in Sochi, southern coastal city, to roll out a comprehensive agenda and strategy aimed at raising the existing Russia’s economic profile in Africa, St Petersburg based Roscongress, the official organizer of the October summit, said on its website.

Roscongress is a non-profit foundation that has grown into a high-profile organization and gained recognition as an effective organizer of the most important business conventions and exhibitions, both in Russia and beyond.

Anton Kobyakov, an Advisor to the Russian President, said that the Russia-African summit primarily seeks to deepen understanding of the business climate, accelerate investment and partnership possibilities in Africa.

“The upcoming summit will be unique in the history of relations between Russia and African countries, and will plot the vector for the further development of bilateral and multilateral contacts for decades to come,” he said.

In his contribution, Professor Benedict Oramah, President and Chairman of the Board of Directors of the African Export-Import Bank (Afreximbank), explicitly noted that Russia had the necessary capabilities and, most importantly, the experience and professionalism of its people who could support in these efforts in consolidating the relations.

Russia, by holding various events regularly, would provide an additional impetus for the development of trade and investment opportunities for both countries.

Quite recently, Vyacheslav Volodin, the Chairman of the State Duma, told an instant meeting held with the Ambassadors of African countries in the Russian Federation, that Russia would take adequate steps to deliver on pledges and promises with Africa countries. “We propose to move from intentions to concrete steps,” he said.

Foreign Affairs Ministry has expressed optimism and full-fledged support.
“It is evident that the significant potential of our economic cooperation is far from being exhausted and much remains to be done so that Russia and Africa know more about each other’s capacities and needs,” Foreign Affairs Minister Sergey Lavrov acknowledged in the current Russia’s relations with Africa.

He explained further that arranging an event of such a scale with the participation of over fifty heads of state and government required most careful preparation, including in terms of its substantive content and equally important was African businesspeople who have been looking to work on the Russian market.

“The economic component of the summit has a special significance as it would be of practical interest for all the parties. As such, specific Russian participants in bilateral or multilateral cooperation should be identified, which are not only committed to long-term cooperation but are also ready for large-scale investments in the African markets with account of possible risks and high competition,” Minister Lavrov noted in an interview.

For decades, Russia has been looking for effective ways to promote multifaceted ties and find new strategies of cooperation in energy, oil and gas, trade and industry, agriculture and other economic areas. Undoubtedly, holding a Russia-African summit would help deepen economic cooperation on the full range of spheres in Africa.

Obviously, the Kremlin’s long-term goals include developing all-sided cooperation with African countries but those goals have run into pitfalls. Policy experts have suggested that Kremlin has to substantiate its African policy agenda with consistency, activeness and support, and enhance participation in the economic development of Africa. At the same time, Russia needs to look at simplifying access to its market for African countries.

President Putin said at the VTB Capital’s Russia Calling Forum, that many countries had been “stepping up their activities on the African continent”, but added that Russia could not cooperate with Africa “as it was in the Soviet period, for political reasons.”

In his opinion, cooperation with African countries could be developed on a bilateral basis as well as on a multilateral basis, through the framework of BRICS (Brazil, Russia, India, China and the Republic of South Africa).

But so far, Russia has not pledged any funds toward implementing its business projects and other policy objectives in Africa. As it is publicly known, China has offered $60 billion, Japan $32 billion, and India $25 billion, while large investment funds have also come from the United States and European Union, all towards the Sustainable Development Goals (SDGs) of Africa.