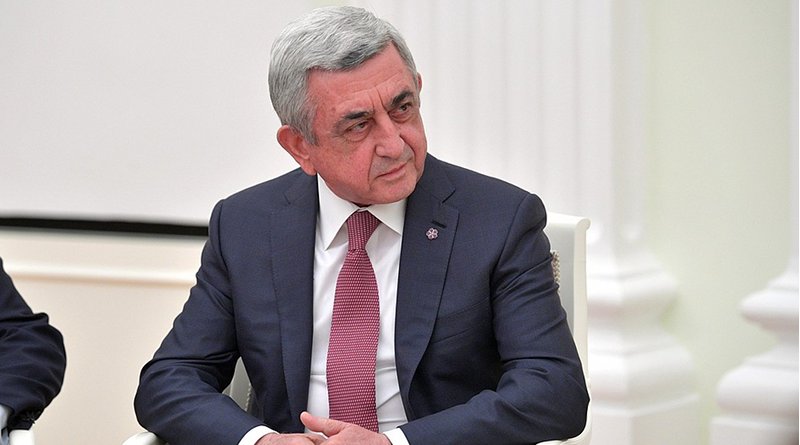 Corruption charges finally laid against former Armenian president Serzh Sargsyan have bitterly divided allies and critics over whether or not the case was politically motivated or not.

Proceedings were launched against him in December, nearly two years after the so-called Velvet Revolution that brought current president Nikol Pashinyan to power.

Sargsyan was accused of embezzling of more than a million US dollars worth of state funds through a 2013 public tender to supply rural farmers with subsidized diesel fuel.

Pashinyan’s main election pledge was to bring those responsible for corruption to justice, and many Armenian experts and politicians had anticipated charges against Sargsyan.

Legal action has already been taken against his former colleagues including Hrayr Tovmasyan, a chairman of the country’s constitutional court, the former parliamentary speaker Ara Babloyan and Gagik Khachatryan, an ex-head of the state revenue committee.

In addition, Armenia’s second president Robert Kocharyan was indicted in 2018 on charges related to March 2008 protests in Yerevan.

Kocharyan was charged with bribe-taking and “overthrowing the constitutional order” by the use of military forces during the political crisis that followed the presidential election of February 2008. He remains in custody.

Allies of Sargsyan argue that the allegations against the former president were a purely populist measure by the new government.

According to Sargsyan’s lawyer Amram Makinyan, law enforcement officers had been determined to charge his client at whatever cost.

“He was summoned by the Special Investigation Service and interrogated on various cases from time to time. Eventually, they found a reason, which is ridiculous,” Makinyan told IWPR, adding that Sargsyan had rejected all charges.

Makinyan also argued that launching criminal proceedings against a former head of state was a violation of Article 140 of the Constitution of Armenia, under which the president was entitled to immunity both during and after his term of office and could not be held accountable for actions initiated due to his status.

“Serzh Sargsyan is charged with alleged actions which according to the decision which led the investigating agency to the indictment of ex-president, were directly derived from his position,” the lawyer continued, adding that the criminal case against his client had been opened following just one person’s testimony.

Although Makinyan did not name this person due to confidentiality issues, the Armenian media has widely identified him as former minister of agriculture Sergo Karapetyan.

Other supporters see the legal action as related to wider geopolitical issues. Armen Ashotyan, the vice-chairman of Sargsyan’s Republican Party of Armenia, told IWPR that he believed the legal actions were an attempt to influence the future course of action over Nagorny-Karabakh. Pashinyan and Azerbaijani president Ilham Aliyev have held half-a-dozen talks over the last year.

“At first, they indicted former president Robert Kocharyan and put him in jail. Now they came after ex-president Serzh Sargsyan,” he said. “These are the people who made an enormous contribution to the victory in the Karabakh war.

“We see it as an attempt to forcibly oust from politics the people who could raise their voices against any possible concessions made by the authorities on the Nagorno-Karabakh conflict. We have doubts about Pashinyan’s vague agreements with Aliyev. Therefore, we believe that it is not just a simple legal case and it is linked to the policy of new government on the Karabakh issue,” he concluded.

Those on the other side of the political divide dismiss such accusations.

“The accusation against Serzh Sargsyan completely fits into the process of combating corruption. This is an entirely legal process,” says Lilit Makunts, a lawmaker from the ruling My Step party.

Representatives of Bright Armenia also see no signs of political persecution in Sargsyan’s case. One of its leading lawmakers, Edmon Marukyan, said that the Republican Party was trying to politicise the criminal process.

“This is only a minor episode in his corruption schemes. There are larger cases that we frequently spoke about before, he continued, noting allegations around a 300 million dollar debt accrued to Russian energy giant Gazprom he claimed were connected to election interference. Zurabyan told IWPR that Sargsyan should prepare to spend the rest of his life in prison.

Analysts note that legal action against former political leaders was not unusual in such circumstances, but warned that a delicate balance had to be maintained to avoid politicising the issue.

Director of the Caucasus Institute Alexander Iskandaryan said that the prosecution was part of an expected transition.

“This is a political process that follows revolutions. The punishment of former government officials is very popular. It’s hard to imagine that the investigators themselves decided to initiate legal proceedings against the ex-presidents,” Iskandaryan told IWPR.

However, others argued for caution when it came to legal cases concerning a former president.

“This process will definitely acquire a political shade or resonance,” said Avetik Ishkhanyan, chairman of the Helsinki Committee of Armenia. “Politicians of this rank have their supporters who, for obvious reasons, will politicise the process, even if this process is purely legal.”

He said that apparent pressure laid by some politicians and their supporters on the judicial figures who took decisions on Kocharyan’s pre-trial detention were of particular concern.

“A criminal case has been opened against Judge David Grigoryan, who decided to release Kocharyan, but those judges who rejected his lawyers’ plea for changing the preventive measure were praised by supporters of the authorities. This is an alarming sign of pressure exerted on the judiciary,” Ishkhanyan concluded.

Noting the allegation that the Sargsyan case had been opened on the basis of a single testimony, Ishkhanyan underlined that the Armenian public wanted former officials to be investigated, but stressed that fair process needed to be followed.

“People accuse them of corruption, but what should become the ground for initiating criminal investigation – facts and evidence or our assumptions?” he asked.

This publication was prepared under the “Giving Voice, Driving Change – from the Borderland to the Steppes Project” implemented with the financial support of the Foreign Ministry of Norway. Published by IWPR.