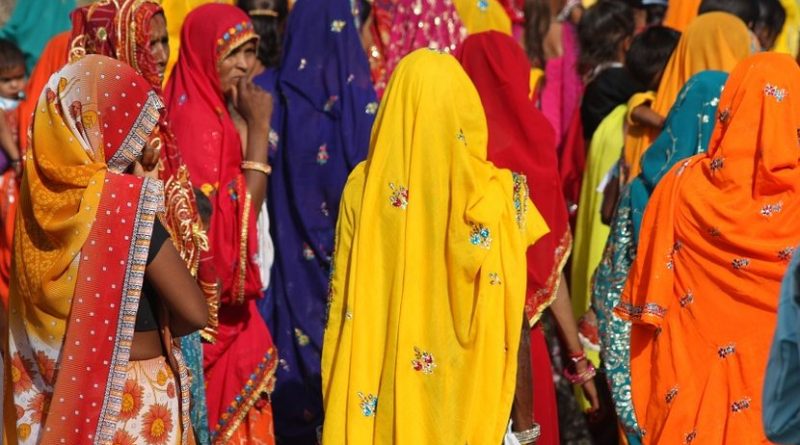 India’s popularity as a market for surrogacy boomed because of the significantly low costs and easy access to rental wombs that were facilitated by surrogacy agencies. Legalized in 2002, the overall cost of the complete package, including the expenses of flight tickets, medical procedures, the surrogate’s fee and the delivery of the baby in India was estimated to still be only one-third of what the procedure would cost in the United Kingdom and a fifth of what it would have been priced at in the United States. While this made India a lucrative option for expecting parent(s), in 2015, commercial gestation surrogacy got banned in India. Earlier in 2013, foreign same-sex couples and single persons were banned from availing the services from India.

But the 2016 bill lapsed because of the parliament’s sine die adjournment. It was reintroduced and passed again by the Lok Sabha on August 5, 2019.

This bill prohibited commercial surrogacy but allowed altruistic surrogacy, allowing only a close relative of the couple, with a child of her own, to be a surrogate. This meant the surrogate mothers would not be given any monetary compensation except for the insurance coverage during pregnancy and other medical expenses.

Now, to be eligible as a surrogate mother, the woman had to be a

Further, she could be a surrogate only once, had to possess a certificate validating her medical and psychological fitness and could not her own gametes for surrogacy.

The Bill allowed only couples suffering from proven infertility and in the case of any medical condition or disease specified to avail surrogacy. It distinctly prohibited producing children for commercial reasons, prostitution and other forms of exploitation. The intending couples could not be same-sex couples, in a live-in relationship, widows, widowers or single persons. Only registered clinics could undertake surrogacy related procedures.

The Surrogacy (Regulation) Bill, 2019: Why is it being welcomed?

Before highlighting the concerns that have been raised over the new surrogacy bill, it is important to understand why the bill has been welcomed.

In July 2019, it was suggested that a National Surrogacy Board would be formed to eliminate exploitative and black-market practices. It was further said that state surrogacy boards and other appropriate authorities would be set up in the states and Union Territories to ensure only ethical surrogacy takes place.

Introducing the Bill, Union Minister of Health Dr Harsh Vardhan stated this was essential to combat unethical practices such as exploitation of surrogate mothers and abandonment of children born through surrogacy. In 2008, a Japanese couple abandoned a baby born to them through a Indian surrogate mother because they began proceedings for legal separation a few months before the baby girl was born, thus resulting in the demand for stricter surrogacy laws.

Anindita Majumdar’s essay – “The Rhetoric of Choice: The Feminist Debates on Reproductive Choice in the Commercial Surrogacy Arrangement in India” also noted how commercial surrogacy led to commoditization of motherhood and the undermining of the agency, specifically the reproductive choice, of the surrogate mothers.

Majumdar explains in detail about “The Rhetoric of Choice” wherein, the surrogates are under the grip of the market-constructed false belief that they are exercising control over their own reproductive rights, when in reality they and their wombs are just “disposable objects” to the surrogate market forces and rising demands. This approach views women’s choice as being manipulated by New Reproductive Technologies (NRT) and Assisted Reproductive Technologies (ART) and calls it the “stolen rhetoric (of choice)” wherein the surrogate women are guided by the false consciousness that they are exercising their absolute choice over their bodies (Majumdar, 2014).

This is contradicts the radical feminist approach endorsed by the likes of Shulamith Firestone, which asserted that NRT and ART would free women from their patriarchy-endorsed gender-performative role of reproducing children, leading to a society where they would be able to hire other women to become surrogates.

Another concept that Majumdar discussed in her essay is the ‘commodification of motherhood’. Majumdar explained that commercial surrogacy not only commoditizes the body of the woman but also renders the social construction of motherhood as a ground for market forces to thrive on. When motherhood is made a contractual agreement that terminates when the child is given away for compensation, it creates a “devilish, aberrant form of bond” that is devoid of its true essence – the mother-child relationship based on love. She applied Nivedita Menon’s argument that the language used in the technological and contractual reproductive paradigm dehumanized the surrogate women as mere “human incubators”, “maternal environments”, etc. Their wombs were called “rooms for rent”, “vessels”, etc (Majumdar, 2014). The neo-liberal market posits reproductive rights as a commodity available for the privileged that could afford it. Majumdar also quoted Qadeer and John who highlight the stigma associated with surrogacy that relates it to sex work because she is “carrying another man’s baby”.

The Surrogacy (Regulation) Bill, 2019: Why is it being challenged?

Even as the incumbent government readily passed the Bill, human rights activists and legal experts highlighted several lacunae in the Bill.

One of the criticisms of the bill is that it does not allow single persons, queer and couples in a live-in relationship to opt for surrogacy. This makes the bill essentially patriarchal, legitimizing only a heterosexual, heteronormative family set-up. Even though IPC Section 377 was struck down in 2018, the right to start a family through surrogacy has been denied to the LGBTQHIA+ community, thus continuing to marginalize them.

Another criticism that the Bill faces is with reference to its tenet of altruistic surrogacy. This clause could be misused in such a way that it denies a woman agency over her body or reproductive rights. Only married women could now become surrogates but not without the written consent of their husbands, thus reinforcing patriarchal hierarchy in such a way that renders women as less capable of decision-making than and in a subservient position to men. Denying compensation to the surrogates also contributes to the patriarchal notion that care work – associated with women – is not deserving of pay. Hence, women’s bodies should be available as instruments for “the greater good” while men can earn money for donating their sperm.

The bill bans commercial surrogacy by justifying how it could prevent the exploitative black market practices that could damage the surrogate’s and the child’s health and safety. But instead of regulating the surrogacy market by eliminating middlemen and paying the surrogates directly to ensure no such malpractices take place, the bill puts the women who have willingly entered the practice, especially from low-income groups, in an economically disadvantaged position.

The 2017 paper ‘Exploring Indian Surrogates’ Perceptions of the Ban on International Surrogacy’ by Sarah Huber, Sharvari Karandikar and Lindsay Gezinki conducted in-depth interviews with 25 surrogate women in Gujarat who wholeheartedly opposed the ban on commercial surrogacy because they would get good compensation and the intending couples would have a better chance at becoming parents. According to the study, on an average, women would be paid Rs 4,92,000 for surrogacy for couples.

Another clause of the Bill stating that the intending couples could avail surrogacy in case their child suffers from a fatal or life-threatening illness or is physically or mentally challenged also received flak. While disability rights’ activists fight for equality of treatment and positive state action, the Bill made a sorry case for disabled children because they are not able-bodied, thus discriminating against them for being ‘less perfect’ than a ‘normal child’.

While the aim of the Bill is to mitigate the malpractices and misuse of reproductive technologies that exploit women and their reproductive labour, the State could do so by ensuring a strict surveillance of the surrogacy market. As the Constitution guarantees equality for all in Article 14, the State should not deny a woman’s right over her reproductive freedoms when a man is allowed to monetize his sperm. State’s measures to support and normalize women as surrogates could significantly lessen the stigma around the job. The bill is rooted in the patriarchal setup of marriage as the sanctioned mould for family and therefore, renders homosexual couples, couples in live-in relationships and single persons as not good enough to start a family. Instead of regulating the neo-liberal market forces and eliminating the middlemen, the bill renders two parties who genuinely stand to benefit from surrogacy – the intending couples and the surrogate women – helpless.

*About the author: Soumya Mathew is an independent journalist and a student of Masters in Gender Studies at Jamia Millia Islamia.

Majumdar, A. (2014) The Rhetoric of Choice: The Feminist Debates on Reproductive Choice in the Commercial Surrogacy Arrangement in India. Gender, Technology and Development 18 (2)