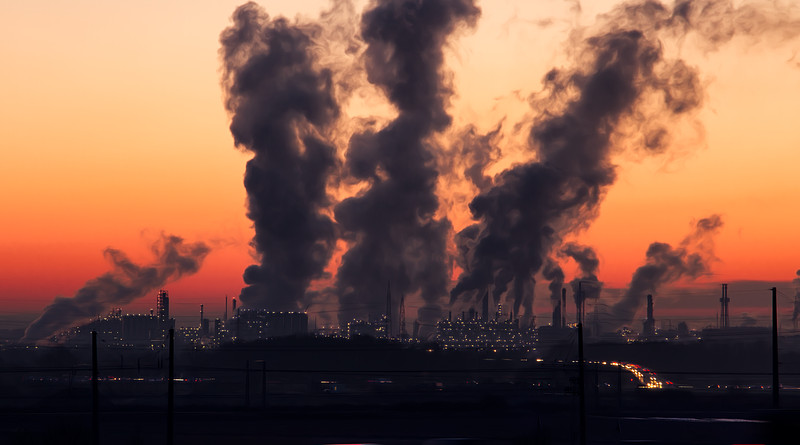 As China tries to rescue its economy from the pandemic crisis, the government is likely to respond with support for more consumption of domestic coal, analysts say.

Coal production surged 9.6 percent from a year earlier in March, nearly erasing a 6.3-percent decline in the first two months of the year. Coal output closed the quarter down just 0.5 percent despite nationwide lockdowns, while gross domestic product plunged 6.8 percent.

China’s main fuel advanced 6 percent in April before dipping 0.1 percent in May, leaving five-month production up 0.9 percent, well ahead of the 3.1-percent drop in power production, according to the National Bureau of Statistics (NBS).

Power use in May rose 4.6-percent in a possible sign of recovery, but electricity consumption in the first five months remained down 2.8 percent, the National Energy Administration (NEA) said.

There may be more than one reason for the rise in coal production despite weak demand, but official policy appears to have played a significant part. During the COVID-19 outbreak in Wuhan, deliveries were driven by necessity and orders from Beijing.

In early February, the NEA instructed coal operators to ensure sufficient energy supplies for homes and hospitals. At the same time, the companies were told to guard against contagion among miners, although it was unclear how safety was to be achieved.

Production shutdowns in Inner Mongolia were quickly followed by reports that closed mines had gone back to work.

But aside from emergency needs, other forces including energy security and tensions with the United States have also been cited as contributing to China’s reluctance to curb coal use despite the environmental effects.

In a recent analysis for the China Energy Program of the Oxford Institute for Energy Studies, program director Michal Meidan cited a range of factors behind the reliance on coal in challenging times.

“Renewable capacity additions are slowing while policymakers are increasingly looking to coal as one of the country’s most reliable energy sources both for supply security as well as growth and employment,” Meidan wrote.

“There is therefore a growing risk that China’s twin drive for energy and technological self-sufficiency will expedite the electrification of end-uses while also slowing the decarbonization process,” she said.

While China relies on increasing amounts of imported oil and gas, it remains largely self-sufficient on coal, which supplies 57.7 percent of its energy needs, according to the NBS.

The country’s reliance on coal for two-thirds of its power generation means that China’s latest drive for investment in “new infrastructure,” such as in 5G telecom networks, artificial intelligence (AI) and new energy vehicles, will demand more electricity and more coal.

One result of China’s higher reliance on coal for electricity compared with Western countries is that it will see less benefit in terms of emissions reduction from some of the steps recommended by the International Energy Agency (IEA) in a report this month on a “sustainable recovery plan” to respond to the pandemic.

“Based on today’s electricity mix, emissions from a BEV (battery electric vehicle) would be 80 percent lower than an ICE (internal combustion engine) vehicle in the European Union, 60 percent lower in the United States and around 40 percent lower in China,” the Paris-based IEA said.

Energy and environmental analysts have criticized China’s plans to build new coal-fired power plants despite the high overcapacity in the sector. Low utilization rates threaten to turn the investments into “stranded assets” without a financial return, due to the falling costs of renewables including solar and wind.

At the start of this year, China had 180 gigawatts (GW) of new coal-fired generating capacity in the planning stage, comprising 36 percent of the 500 GW in new coal plants slated to be built worldwide, based on IEA data.

“The case for building this planned new coal capacity … needs to be carefully weighed against the implications for local air pollution and global climate goals,” the agency said.

In an email message, Meidan said the conflicting considerations are weighing on China as it prepares to set targets for its next five-year plan to guide the country through 2025.

“The short-term trends are certainly worrying as they are leading to additional approvals, but that doesn’t necessarily mean that new and existing capacity will operate at higher rates and could even fall.

“Concerns about stranded assets seem secondary right now, but the industry does seem reluctant to add capacity in light of existing losses,” she said.

In 2019, the industry added 29.9 GW of capacity, reaching a total of 1,040 GW, Bloomberg News said, citing the China Electricity Council. About 46 GW was under construction as of May with another 48 GW in various stages of development, a study by the environmental group Greenpeace said.

On June 18, the National Development and Reform Commission (NDRC) set a cap of 5,000 on the number of coal mines, down from 5,268 reported last year, without specifying a new target for cutting overcapacity. The agency has not issued a tonnage target since claiming that it reached its last goal in 2018.

In a statement, the NDRC said that mines with safety and environmental problems should be “cleaned up,” while inefficient mines “will also be cut,” the official Xinhua news agency reported.

Large-scale coal mines should account for some 96 percent of production, the NDRC was quoted as saying.

The cap on the number of mines this year took some analysts by surprise and raised the question of whether the government would set similar limits in its 14th Five-Year Plan.

Days before the NDRC announcement, Bloomberg cited several analysts as saying that a five-year cap is unlikely as the country seeks to meet rising demand.

Aside from allowing for growth in electricity demand, coal power offers flexibility to offset the uneven deliveries from renewable sources like solar and wind. But advocates argue that the commitment to new coal plants would lock in greenhouse gas emissions for decades to come.

The influence of energy security concerns and tensions with the United States on policy decisions is hard to estimate, but the NDRC has raised the security issue in its annual work report for the first time under the current five-year plan, Meidan said.

“The deteriorating relations with the US have heightened concerns about import dependency while COVID-19 has stressed the domestic infrastructure bottlenecks related to distribution and storage,” Meidan wrote.

While the report underlines the role of renewables in meeting most needs of demand growth, “coal remains firmly on the list of power sources,” she said.

Earlier this week, the NEA set production growth targets of 1 percent for oil in 2020 and 4.3 percent for natural gas, both comfortably below five-month growth figures this year.

The NEA called for lowering the share of coal in China’s energy mix from 57.7 to 57.5 percent.

The agency also set a cap for total energy consumption at 5 billion tons of standard coal equivalent in 2020, an increase of nearly 2.9 percent over previously published official figures for 2019.

Based on the data, the cap would allow coal consumption to rise by 2.5 percent.