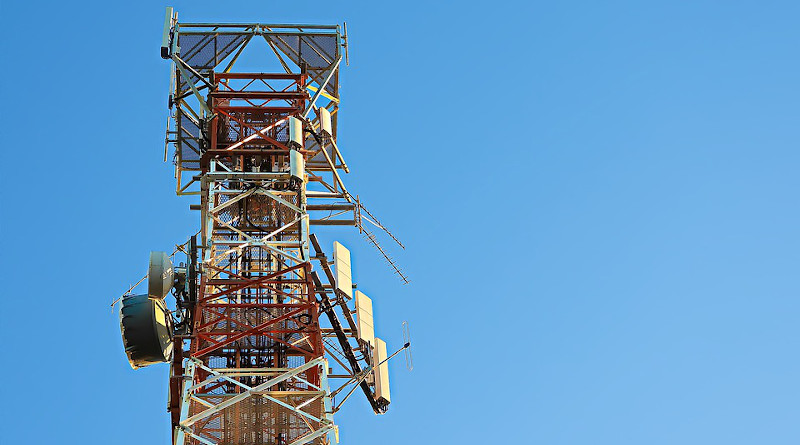 The age of 5G internet is coming to the South Caucasus. However, as the US-China geopolitical divide looms ever larger, the region enters the global competition where competing visions for 5G’s deployment could hamper the deployment of the new technologies. As a result, Georgia will edge closer to the US, Armenia – to Russia-China telecoms, while Azerbaijan will try to navigate between the two extremes.

A global competition is unfolding between China and the US. So far it has involved economic struggle and some aspects of naval rivalry. A new dimension needs to be addes – technological competition. This is reflected in the race which is underway to deploy next generation 5G mobile networks. In contrast to 3G and 4G (LTE – Long-Term Evolution), where China was largely relegated to the sidelines in the standards-setting process, now it has been heavily involved in the standards process for 5G—a sign of Beijing’s growing ambitions and global influence. 5G will be both quantitatively and qualitatively different from what has come before. For instance, as opposed to the hardware that drives traditional data networks, 5G networks’ primary functions will be software-based.

5G will be fundamentally different from its predecessor, 4G. Initially, vastly higher speeds will not be noticeable as it is likely that 5G will be used by network operators just to boost capacity on existing 4G networks and ensure a consistent service for customers. Ultimately, the speed capacity you get will be contingent upon the spectrum band the operator runs the 5G technology on and how much your carrier has invested in new masts and transmitters.

5G is also groundbreaking as it will usher in an extensive use of artificial intelligence (AI) to manage the network. Its ramifications are wide range: from military to civil spheres. And China has gained a significant advantage as it successfully moves toward commercial-scale deployment of its domestic 5G network in 2020. Consider the following example, in 2019 China’s Huawei signed an agreement with Russian telecoms on development on 5G networks in Russia.

According to some calculations, a full-scale introduction of 5G networks will take more than a decade. The process will be a complex one and the pace of its deployment across Eurasia and specifically in the South Caucasus will depend on a range of different factors such as carrier preferences, government regulatory policies, public and national security concerns, geopolitical alignments and costs of 5G infrastructure itself.

The development of 5G is taking place at the time as the world is becoming divided along economic and increasingly technological lines. The US builds its own bloc where Chinese technologies will have no major role. The same could be said about China. In this bifurcated world, small and techno-economically vulnerable states, which wish to gain access to the advanced technologies, will face tough choices which 5G network technologies to adopt. Small states across Eurasia are likely to face an increasing pressure from the US and its allies to abstain from using China’s 5G model, while Beijing will cushion its 5G offer in large financial benefits (investments, inclusion into the Belt and Road Initiative (BRI) etc.). Moreover, for small and relatively poor states Chinese technologies are more affordable than any Western competitors.

This brings us to the South Caucasus, which over the past several years has been gradually transformed into the frontline region between the US and China. Armenia, Azerbaijan and Georgia need 5G to boost their economic performance and relative technological backwardness.

In Armenia’s case, with its booming IT sector, China’s low cost 5G provides a good opportunity to keep apace in the technologically developing world. Since Viva-MTS, a leading mobile operator in Armenia, belongs to the Russian MTS, which in turn partners with Huawei, Armenia is well placed to become one of the first states in the region to successfully deploy 5G technologies. Indeed, work has already begun, as the head of the department of technological development and resource management of telecommunications management of the Public Services Regulatory Commission of Armenia Armen Hunanyan said in one of his statements.

Armenia is thus more likely to find itself in the middle of the US-China rivalry compared to Georgia or Azerbaijan. The latter two do not have similar Russian (by extension Chinese) influence in telecommunications. In fact, Baku made an interesting move in December 2019 when Ericsson and Azerbaijani communications service provider Azercell signed a three-year 5G Memorandum of Understanding (MoU) for the joint deployment of 5G projects. As a reminder, Ericsson is one of four companies in the world possessing enough technological prowess to supply the components necessary for building a 5G network. It is notable that US companies are absent from this hi-tech race.

For Georgia 5G will provide a much faster data download and upload speeds as well as much wider coverage from across the globe. With a chance of reaching 1Gbps, as opposed to presently provided 45Mbps, internet operations speed will be about 10-20 times faster. It could also help the country correct its overall technological underdevelopment in the provinces. The Georgian National Communications Commission announced that the introduction of 5G internet in Georgia will begin in 2020, but the pandemic and a general economic slowdown might change the deployment schedule. All in all, presently the telecom company Magti is arguably best poised to become a leader in the emerging industry.

Georgia also hopes that 5G technologies be applied to boost the country’s defence and security capabilities, especially in the light of the ongoing military troubles with Russia. Faster information flow will be crucial for developing more efficient defence capabilities along occupation lines near Abkhazia and the Tskhinvali region, where Tbilisi faces creeping occupation of lands and an endless string of kidnappings. However, the deployment of 5G might also bear risks as militarily developed states will be better positioned to use the 5G technologies to collect sensitive security and defence information from Georgia’s vital state sectors. On that front, deeper cooperation with US security services and the military sector will be crucial. However, there is a much larger problem Georgia, along with Armenia and Azerbaijan, could face due to the deployment of China-produced 5G. As the US-China divide grows and Washington is increasingly worried that Beijing might use this superiority for military and economic purposes incompatible with Western security practices, US pressure on South Caucasus states is likely to ramp up. Georgia will be under particular scrutiny as it positions itself as an ally of the US in the region and simultaneously seeks closer economic relations with China. In the long run Tbilisi may face the dilemma of having to choose between Washington’s support and the use of China’s technological advancements.

With Armenia and Azerbaijan, it will be different to a varying degree. Security-wise Armenia is more related to Russia and its telecoms, Azerbaijan not so much. Moreover, as both are not openly aspiring to join Western political or military organizations, harsh US pressure on Yerevan and Baku might be less expected than in the case of Georgia. Still, a certain push from the US for a China-free 5G alternative will follow. It could hamper 5G deployment in the South Caucasus, the development which would once again indicate how global geopolitics is shaping the timing and level of the use of China’s or China-free 5G technologies.

Home » Geopolitics Of 5G And The South Caucasus – Analysis