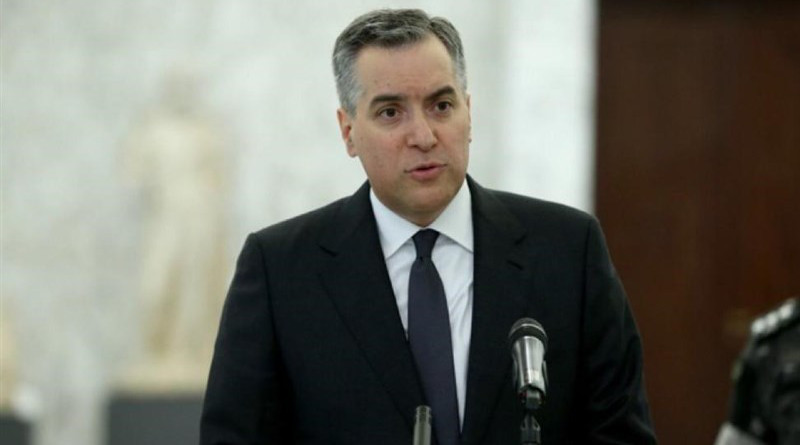 Lebanon lost its third prime minister in eight months on Saturday when Mustapha Adib resigned after Iran-backed factions sabotaged his attempts to form a government. The Lebanese pound plunged to a new low against the US dollar, there were sporadic protests in Tripoli and elsewhere, and French President Emmanuel Macron — whose personal intervention secured Adib’s nomination — said the situation amounted to “collective betrayal” by Lebanon’s political parties.

In the wake of Adib’s stepping down, the US dollar exchange rate soared, with its value exceeding 9,000 Lebanese pounds within three hours.

Adib quit less than a month after he was nominated to replace Hassan Diab, who himself took over from Saad Hariri at the end of January.

The prime minister-designate vowed to rebuild Lebanon’s broken political system in the wake of the devastating Beirut port explosion and growing social unrest over corruption and mismanagement.

But his efforts to form a new government were repeatedly blocked by the demands of the two dominant Shiite parties — Iran-backed Hezbollah and its ally, the Amal Movement — which insisted on retaining hold of the key finance ministry.

In his resignation letter to the Lebanese president, Adib said: “The parliamentary blocs did not keep their promise. The consensus that I accepted to form the government no longer exists. My resignation is due to my concern for national unity.”

Aoun accepted Adib’s resignation during a short meeting at the Baabda Palace and canceled all appointments for next Monday. An official statement said: “Aoun will take appropriate measures in accordance with constitutional requirements.”

Adib’s departure is a blow to Macron’s roadmap to end corruption and implement reforms needed to repair an economy crushed by a mountain of debt.

As he stepped down, he said Lebanon must not abandon the French plan or squander Macron’s goodwill.

“I stress that this initiative must continue,” he said, and he wished his successor well in the “hard task” of forming a government.

“It’s a setback, but we’re not giving up,” a French diplomatic source said.

A source close to Macron quoted him as saying: “Adib stepping down amounts to a ‘collective betrayal’ by Lebanese political parties.”

Macron added: “We will not give up, and France will not let Lebanon down.”

Both the Hezbollah and Amal Movement were widely condemned following Adib’s decision to step down, with accusations that they were “leading the country to hell.”

Former Prime Minister Hariri said: “The obstructors have revealed themselves at home and abroad, and to all of the brothers and friends who came to Lebanon’s rescue after the disaster that struck Beirut.
“We say to those who applaud the collapse of Macron’s initiative today, that you will bite your fingers in regret.”

Hariri said an “exceptional opportunity to halt the economic collapse and put the country on the path of required reform has been wasted,” and accused the Shiite parties of “keeping Lebanon hostage to foreign agendas.”

MP Roula Al-Tabash, a member of Hariri’s Future bloc, said: “We drank the poison for the sake of our country, but they are giving the poison to the whole country for their own sake.”

The UN special coordinator for Lebanon, Jan Kubis, criticized the situation in a tweet: “Such a degree of irresponsibility, when the fate of Lebanon and its people is at stake.”

Addressing Lebanese officials, he said: “Politicians, have you really scuppered this unique chance created by France? When will you finally stop playing your usual games, listen to the cries and needs of the people, prioritize the future of Lebanon?”

UAE Foreign Minister Anwar Gargash said in a tweet: “The logic of the Lebanese state, its institutions and its competence do not match the logic of the militias and their interests — an Arab lesson that is being repeated.”

Maj. Gen. Ashraf Rifi, a former justice minister, said: “Adib wrestled with the mafia of arms and corruption for a month, and he walked out holding his head high and did not deceive the people of Lebanon.”

He added: “Iran does not want a government for now.”

Former interior minister Marwan Charbel said: “You have committed high treason against a people suffering from poverty and hunger.”

The Free Patriotic Movement (FPM), an ally of Hezbollah, declared its “commitment to the French rescue initiative” and called for government “by mutual understanding.”

Suleiman Frangieh, leader of the Marada Movement, said after his visit to Maronite Patriarch Bechara Al-Rai: “The French initiative is a golden opportunity that may not be repeated, so we should not lose it.”

He called for agreement on a “conciliatory prime minister because no party can run matters alone.”