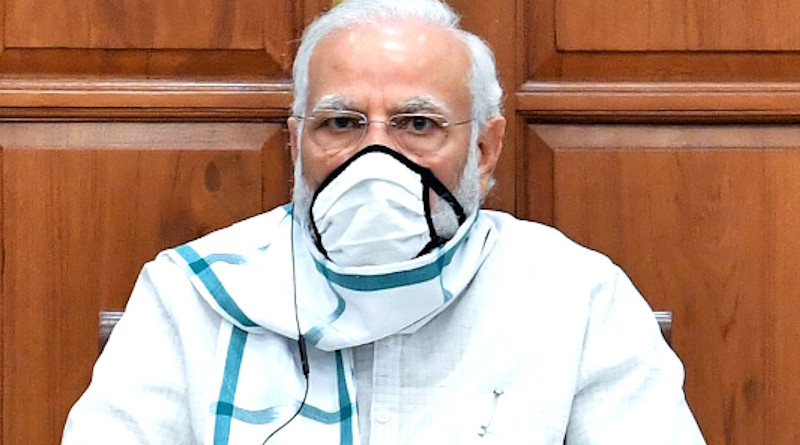 When COVID-19 happened in Wuhan in China and China concealed the information for some months and WHO also “cooperated” with China by not warning the world immediately about the impending disaster, no one thought that the COVID-19 crisis would shake the world  to the extent that it has done now.

When it was finally known that the COVID-19 virus was spreading fast all over the world, many experts opined that India could be one of the worst hit countries due to COVID-19, in view of its large population and high density of the population compared to other countries.

At present, the global COVID-19 tally stands at about 44.4 million cases and about 1.1 million deaths, with a percentage of death of around 2.5.

Europe has so far reported about 7.8 million total cases and about 0.25 million deaths. Europe as a region is now reporting more daily cases than India, Brazil and the USA combined.

*  Figures for China are not considered due to lack of transparency in the country and only official figures are available and there is no way of counter checking it by an independent agency.

The above figures highlight the fact India has the highest density of population, considering its land area, which is less compared to some other countries such as China, Brazil, Canada, USA, Russia.

Given the above figures, it can be clearly seen that the Government of India under the leadership of Prime Minister Narendra Modi has managed the COVID-19 crisis reasonably well, compared to several other developed countries,  as the number of deaths in India has been only around 1.5% of the total number of cases and the recovery is around 90%, which is much better than the world figures.

In a situation where the cause, effect and remedy for COVID-19 are still remaining as a matter of discussions and speculation and vaccine for COVID-19 is yet to be developed and proven and produced in mass scale and with such high density of population and around 25% of the people still living below poverty line, Modi government’s performance in managing the COVID-19 crisis should be recognized  and considered as a vindication of the  reasonably efficient management of the COVID-19 crisis.

While the above figures are revealing, the striking aspect is that unlike other countries like the USA or Brazil or even some European countries, a very large section of people in India have not complained about any lacuna in managing the COVID-19 crisis and have reacted to situations  with understanding  and maturity. While some migrants complained about the lack of transport to go to their native place, the Modi government responded to their problem as fast as possible in the given circumstances. Most of the people have not accused  Modi  of “mismanaging” the COVID-19 crisis. Of course, very few people have criticized Modi’s leadership but such critics are not neutral people but belong to opposition parties and some sworn critics, who need to blame Modi for their own political survival.

Essence of Modi government’s management of the crisis is that Modi has been continuously communicating with the people by addressing the nation at regular intervals and reassuring the citizens. He has been meaningfully coordinating with the Chief Ministers of state governments and taking them into confidence about the strategies and ground realities. He has not imposed his views on the state governments but has only given broad guidelines and left it to the state governments to manage the situation as they deem fit based on the prevailing conditions in each state.

When Modi asked the country men to applaud the doctors and para medical staff for their commitment in handling the COVID-19 crisis by clapping for a few minutes and when he asked the country men to switch off the lights and have candle lights for a few minutes on one announced day at a stipulated time in the evening as a mark of solidarity to fight against the COVID-19, the  country men responded with great enthusiasm, which is a very rare occasion of people responding to the call of the leadership spontaneously.

Further, when Modi wanted people to wear masks and observe social distancing, there was no protest from the people unlike other countries like the USA and a number of countries in Europe. It is quite true that some people did not observe the guidelines strictly but it was more due to indiscipline rather than due to protest against the guidelines issued by Prime Minister Modi.

In a free for all democracy in India (some people even call it as chaotic democracy),  where personal freedom is at near highest level and when people do not hesitate to conduct protest marches even for trivial reasons and when millions of people have lost jobs due to prolonged lockdown and people below poverty line were worst affected, it is extraordinary that Prime Minister Modi could manage this potentially explosive situation, without giving room for unrest and turmoil.

All said and done, for managing the COVID-19 crisis, the country has reposed great faith on Modi’s administrative capability and personal commitment to the cause. This is one primary reason for Modi’s success in dealing with the crisis situation.

Certainly, Modi has managed the COVID-19 crisis in the best possible manner under the given circumstances.