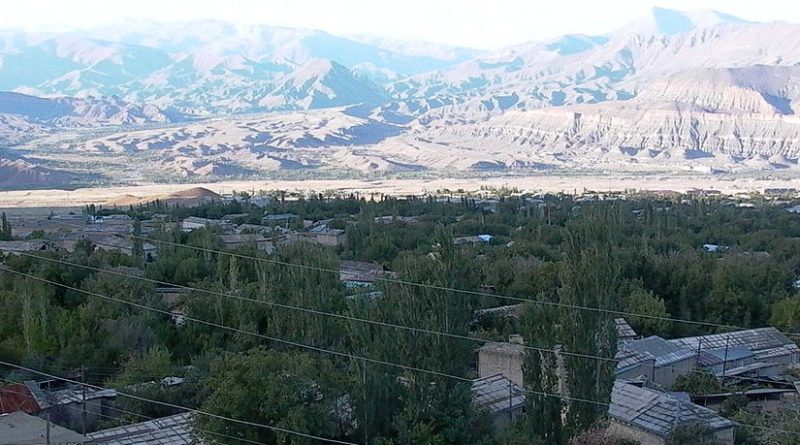 Religious architecture in the region of Ordubad, Autonomous Republic of Nakhchivan (Azerbaijan), has established new paradigms in the shaping of Azerbaijani Islamic culture, interfaith dialogue, and has reflected a deep sense of conviction within its citizens and a unique enrichment of religious tolerance, cultural dialogue, and multicultural coexistence.

The region of Ordubad is the symbol of a religious harmony, unique architectural treasures that enshrine the superior values of the architecture school founded by Ajami Ibn Abubakr Nakhchivani, the city displays to the world a great sense of Azerbaijani patriotism and is home of many beautiful mosques that ought to be visited by religious scholars, international university researchers and be given a special international status by UNESCO; during the upcoming commemorations that will take place in Nakhchivan in 2018, as this region of Azerbaijan will become the World’s capital of Islamic Culture and Art.

The region of Ordubad is known for its famous apricots that were exported regularly to Moscow and other parts of the Soviet Union; however its religious treasures, mosques and archeological sites are not well known internationally, they must acquire a wider presence abroad.

The city of Ordubad has distinguished itself for having seven principal avenues, on each one of these avenues it has: a mosque without a minaret; an underground fresh water creek; traditional, rare Caucasian homes equipped with a main entrance door that has two types of ancient knocking metal rings that produce two different types of sounds (one of them is used by men and the other used by women). Some of the most important mosques in Ordubad region are: Dilbar Mosque, Dirnis Mosque, Haji Huseyngulu Mosque.

In Ordubad City is located Dilbar Mosque, a historical and architectural monument that provide some unique features to foreign visitors and theologians. In Ordubad City there are a number of buildings that embody special values of Nakhchivan architectural school and Dilbar Mosque is one of them. The mosque is open to the public for religious ceremonies. The structure is right angled, has a square shape and equipped with columns. Many of the mosque’s features are a representation of Nakhchivan’s school of architecture. Dilbar Mosque is an example of an architectural composition that intertwines style and structure that was typical in the 1700s. This Mosque is furnished with its altar, latticed windows; the entrance gate is on its main façade. The main entrance and its sides have incorporated big windows and sections that are latticed, with asymmetric installation of the head span and other marvelous features. This uniqueness shows that Dilbar Mosque embodies a perfect harmony with Ordubad’s architecture and urban – rural landscape.

According to the history of Ordubad, preserved by its residents, Dilbar Mosque was built to honor a woman named Dilbar and it has emerged as a center of Islamic faith established to honor the valuable role of women in the Muslim faith and its emblematic communities across the Caucasus region.

Another religious landmark is Dirnis Mosque, located on Mirza Street in Yukhari, Dirnis Village, and Region of Ordubad. It has a large size and the local people call it with the name ‘Boyuk Masjid’ meaning a large Mosque (Jame Mosque). Its main entrance is from the western side and for women is on the east side. Its ceiling stands on five poles on each side, totaling ten poles or columns. In front of the East – North wall there was built a balcony on the first floor to host women. The Mosque has: three big windows in the east wall, two windows on the western wall; and three windows on the southern wall.

According to the inscription located at the head of one of the columns, written in black color, it is very clear that the Mosque was repaired in 1920-1921 and it was Architect Hasan from Ordubad who had repaired this cultural monument. Once again, this religious monument was renovated in 1999 at the expense of the local people and a balcony had been assembled in front of the entrance door on the west side, where a minaret was also erected. According to its architectural features, the Dirnis Mosque was first built and erected in the XVII Century.

In the village of Ganza, region of Ordubad, stands tall the historic Haji Huseyngulu Mosque, located right at the center of the village. Its size is 23 meters by 14 meters, according to the local community, this Mosque was built by Haji Huseyngulu, an influential man who was active in promoting various shapes and construction styles from the Ajami Nakhchivani Architecture School. When Haji Huseyngulu passed away, he was buried in front of the southern wall of this gorgeous creamy white-brick mosque. At a later stage, the renovation team of this Mosque placed a head stone above the tomb of Haji Huseyngulu, the words of the late “Haji Huseyngulu of the XVI century,” are carved in Arabic language, on the head stone.

This is considered to be one of the oldest mosques of Nakhchivan and throughout Azerbaijan, it is a unique religious monument, inside it has a big hall. According to the local builders, in the beginning of the XX Century there was built an additional hall that was joined with the hallway of males that is located in the western part of the old Mosque. The old part of the mosque and its main hall sits on three big columns and walls built of stones. Its inner-columns and its sections between the columns and walls are connected through a span shape and its walls reach one meter of thickness. Five wall recesses have been placed inside of the mosque. A balcony is in front of the entrance; its façade consists of 12 spans. Near the mosque there is a guest house, when this object was restored there were written colorful religion words on its limed walls.

During its restoration project a wonderful minaret was added to this cultural monument on the South Western side of the structure. On the minaret is written an inscription that says: “this minaret of the mosque was built by Haji Israfil Sadigli in 2000; architects Karbalayi Sayid, Karbalayi Gurban.”

There are always held mourning events and religious ceremonies during the months of Muharram and Ramadan that take place in this Mosque; certainly during the commemoration events of Nakhchivan Region becoming the World’s Capital of Islamic Culture in 2018, there will be taking place memorable events in the Haji Huseyngulu Mosque.

The area on the southern side of the mosque at one time belonged to Haji Huseyngulu who donated this land to be the Mosque’s cemetery. Based on the grave inscriptions of this cemetery it is ascertained that Haji Huseyngulu lived during the XV century and this Mosque was built in that time.

The 2018 World celebrations of Islamic Culture in Nakhchivan Autonomous Republic are approaching; foreign visitors, tourists and scholars must visit the Region of Ordubad in order to appreciate a series of unique architectural features tailored by Ajami Nakhchivani that are melted together with: an ancient Islamic Culture, attractive religious tolerance practices, deeply rooted historical awareness within the context of Azerbaijani historiography.

Home » Ordubad: A Cradle Of Religious Tolerance In Caucasus – OpEd