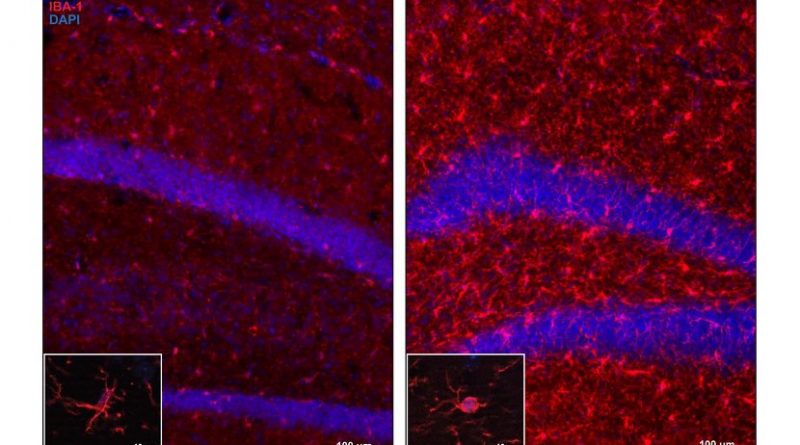 Female mice infected with two different strains of the flu exhibit changes to the structure and function of the hippocampus that persist for one month after infection, according to new research published in JNeurosci.

Although influenza is considered to be a respiratory disease, it has been associated with neurological symptoms in some cases. However, the long-term effects of flu on the brain have not been studied.

Martin Korte and colleagues investigated three different flu strains (H1N1, H3N2, H7N7) in mice. Two of these strains, H3N2 and H7N7, caused memory impairments that were associated with structural changes to neurons in the hippocampus.

The infections also activated the brain’s immune cells in this region for an extended period and altered the expression of genes implicated in disorders including depression, autism and schizophrenia. These findings suggest that some strains of the flu may pose a threat to healthy brain function.