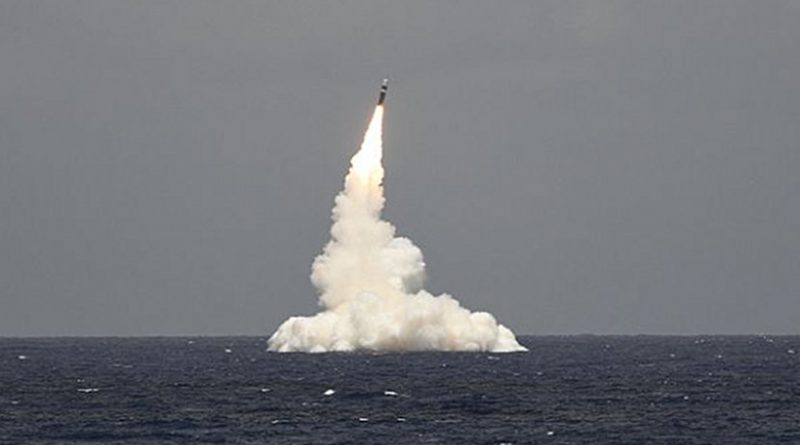 With both Russia and China making great advances in their strategic weapons arsenals, the U.S. must update its nuclear triad or risk the prospect of existing systems needing to be dismantled due to age — an outcome tantamount to disarmament, a top Navy official said.

”When we talk about the modernization of the triad, what we leave out is the ‘or else.’ And the other choice that we have is not to keep what we have. The entire triad is reaching the end of its useful life,” Admiral Charles Richard, commander of United States Strategic Command testified. Richard  appeared Thursday before the House Armed Services Committee’s strategic forces subcommittee. ”So, either we replace what we have now, or we start to divest, almost on a path to disarmament, in the face of this growing threat.”

”This committee is well aware of the age of the Triad systems and the challenge the department faces in sustaining these systems as we proceed with modernizing U.S. nuclear forces after decades of deferred recapitalization,” Anderson said. ”Funding these critical requirements ensures that modern replacements will be available before the nation’s legacy systems reach the end of their extended-service lives and we lose them altogether.”

Richard told lawmakers he characterizes Russia’s efforts as an ”explosion in capability,” that extends beyond a mere recapitalization of its own triad, and includes nuclear weapons and nuclear-powered weapons that are not strategic and are non-treaty-accountable. Russia is also developing new kinds of delivery systems — including hypersonic glide, nuclear-powered cruise and undersea unmanned nuclear-powered systems.

”But it goes beyond that,” Richard said. ”They have new command and control. They have new warning systems. They have new doctrine. They are exercising [at] a level that we hadn’t seen before. They even do civil defense. That is a concept the U.S. abandoned back in the early ’60s. This is a very comprehensive approach that Russia is undertaking.”

China, Richard said, is doing much the same thing — but the key difference is that China doesn’t talk about it.

”While they are very opaque and they don’t speak about it very frequently, they will have all the same capabilities that Russia has, giving them all the same options,” he said.

”We went through a nuclear posture review and determined that we needed tailored strategies for each of our adversaries,” Richard said. ”The triad is what gives me the capabilities; it’s the inherent flexibility in the triad that enables me to execute those strategies. If we don’t modernize, I don’t have those capabilities.”