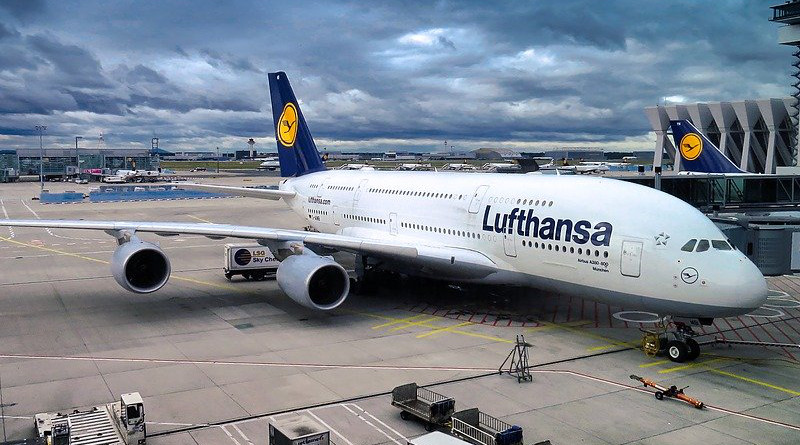 Germany’s government granted low-cost airline Condor more than half a billion euros on Monday (27 April) to help it ride out a virus-induced slump in air travel, but the fate of the much bigger flag-carrier Lufthansa is still very much up in the air.

“The company was operationally healthy and profitable in normal times and has good prospects,” Altmaier said in a statement, adding that the cash would help Condor and its nearly 5,000 employees “through this difficult time”.

Condor’s future looked bleak earlier this month when Poland’s state-owned airline LOT pulled out of a €300m deal to buy the company, as part of its quest to set itself up as a major airline group.

Germany’s rescue plan was immediately given the go-ahead by the European Commission. EU competition chief Margrethe Vestager said the loan would “allow Germany to compensate Condor […] for part of the damage suffered due to the coronavirus outbreak.”

In a statement, the Commission explained that if the total losses suffered by the airline end up being lower than the loan amount, a “claw-back mechanism” will be activated to recoup the difference.

The EU executive’s green light also puts a dent in an argument against granting state-aid made by Ryanair CEO Michael O’Leary, who told Vestager in a letter earlier this month that “inefficient” airlines should not be bailed out.

Today’s Condor decision confirms that the Commission will approve state aid if it is needed to save companies from bankruptcy, a fate unlikely to befall Ryanair, which boasted in March that it had sufficient liquidity to ride out the virus crisis.

O’Leary told Sky News last week that Germany’s flag-carrier, Lufthansa, is like “a crack cocaine junkie” and questioned why the airline needs money when planes are on the ground and not burning fuel.

The German government is yet to decide how to deal with the Lufthansa group. National media suggest it is on course for a bailout worth around €10 billion, similar in size to the aid granted to Air France-KLM last week.

The ruling coalition, made up of Angela Merkel’s CDU, the Bavarian CSU, and the Social Democratic Party, is divided over what conditions to attach to the package.

The SPD’s Rolf Muetzenich told Bild on Sunday that “the federal government must also be guaranteed a say in the matter” if Lufthansa is indeed granted billions in aid.

But the CDU’s Joachim Pfeiffer cautioned against the state getting too involved in the management of the flyer, while the CSU’s Hans Michelbach insisted that Berlin must remain a silent partner.

Altmaier told German radio today that “we want large and important companies that play a role in the world market to remain competitive after the crisis”, when asked about the fate of the flag-carrier.

The minister also suggested that companies receiving state aid must suspend dividend payouts and scale back management bonuses, which is also a condition of the Air France-KLM bailout.

Lufthansa CEO Carsten Spohr has warned that grounded flights are costing his firm €1m an hour and that its €4bn in cash reserves will not last long without government aid. Talks are ongoing in Bern, Brussels and Vienna about support for the group’s subsidiary airlines.

EU transport ministers meet remotely on Wednesday (29 April) to take stock of the sector’s response to the virus and discuss a common approach to resuming air travel. The Commission is currently drawing up a plan that should be published in early May.