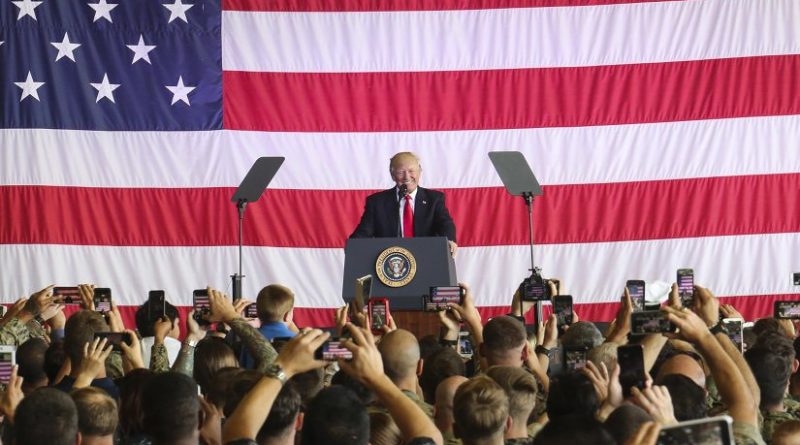 US President Donald J. Trump told service members today at Naval Air Station Sigonella, Italy, that they are the greatest force for peace and justice the world has ever seen.

The president spoke to service members and their families at the end of his first overseas trip as president, and he detailed the trip to them.

“Our travels took us to some of the holiest sites in the three Abrahamic religions, and to gatherings of both America’s oldest and newest friends,” he said. “We traveled the world to strengthen longstanding alliances, and to form a new partnership among nations devoted to the task of eradicating the terrorism that plagues our planet.”

Trump said he is more confident than ever that the will exists for nations to work together against the terrorists that launched recent attacks in Manchester, England, and in Egypt.

“Together, civilized nations will crush the terrorists, block their funding, strip them of their territory, and drive them out of this Earth,” he told the service members.

A Pledge of Cooperation, Security

The president believes he has “paved the way for a new era of cooperation among the nations of the world to defeat the common enemy of terrorism and provide our children with a much more hopeful future.”

And American service members provide much of the security and strength that will be needed against the terrorists. “I want you to know that you have a commander in chief who will never, ever forget,” he said. “Never, ever.”