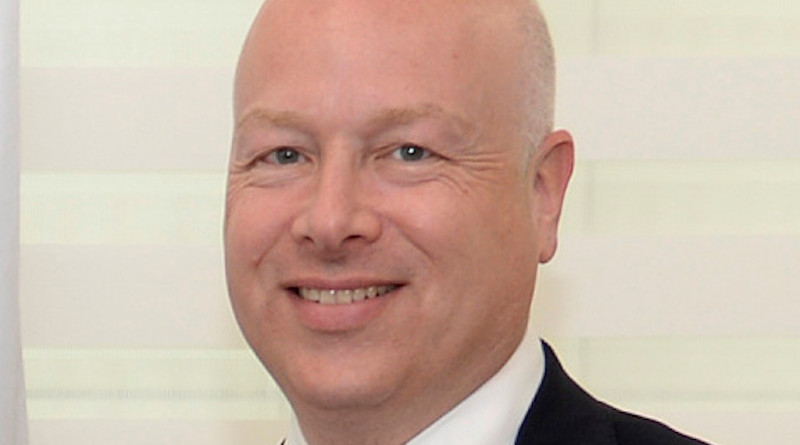 Jason Greenblatt, the architect of US President Donald’s Trump’s Middle East peace vision, says peace is still possible if Palestinians abandon their rejection of the plan and negotiate with Israel.

In an exclusive interview with the Arab News, Greenblatt, who served as White House’s Middle East envoy, said that negotiations could even stall or prevent Israel’s plans to annex the Jordan Valley which Prime Minister Benjamin Netanyahu said could happen as early as July 1.

Even though he is no longer a key adviser in the Trump administration, Greenblatt said there was still time for Palestinian President Mahmoud Abbas to reverse his rejection of the Trump Peace Plan and return to the negotiating table.

Knowing President Trump, White House Senior Adviser Jared Kushner and US Ambassador to Israel David Friedman as well as he does, Greenblatt said “the door to the White House to negotiate a peace agreement will remain open.”

But he warned that the door may close on annexation given that it may happen as early as July 1. If the Palestinians wait too long “and annexation happens, then it happens,” he said.

“But they (Trump, Friedman, Kushner) are also, like me, people who are dedicated to not only resolve the conflict but to help the Palestinian people. And I know them to be people who — if President Abbas or Saeb Erakat called to say they are ready to talk — would at a moment’s notice sit down and talk.”

A month after winning the US presidential election, Trump designated Greenblatt, a New York lawyer and businessman and his adviser on Israel, as his “Representative for International Negotiations” in December 2016.

Greenblatt was tasked with drafting an Israeli-Palestinian peace plan. After nearly three years of discussions with Israelis and Palestinians, Greenblatt presented Trump on Jan. 28, 2020, with a proposal that quickly acquired the moniker “deal of the century.”

But as details leaked out, Palestinian optimism turned to anger, reflected in the Palestinian refusal to attend an economic conference in Manama, Bahrain, in June 2019.

The conference was organized by Kushner, who is also Trump’s son-in-law. Business leaders from around the world gathered and promised more than $50 billion in financial support to the Palestinians if they engaged in the peace negotiations.

Abbas and Palestinian leaders across the board rejected the plan, declaring, “We say a thousand times: ‘No, no and no to the ‘deal of the century.’”

Abbas said, adding that the White House’s vision “will not come to pass” and that “our people will send it to the dustbins of history.” He dismissed the plan as “the slap of the century.”

The Greenblatt peace proposal included, for the first time in Palestinian-Israeli relations, a map that defined starting boundaries for a Palestinian state that would include about 70 percent of the West Bank and all of Areas A and B, as defined by the Oslo Accords, and parts of C.

The plan proposed a Palestinian Capitol adjacent to East Jerusalem in Kafr Akab, Abu Dis and Shuafat, and dangled the possibility that Israel would transfer Arab-populated areas in Israel called the “Triangle” — consisting of Kafr Kara, Arara, Baka al-Gharbiya, Umm el-Fahm and more — into the new Palestinian state.

Israel would also give up land in the Negev, near the Gaza-Egypt border.

Greenblatt insisted the plan was not set in stone.

“How sad that the Palestinian leadership won’t even engage and see if there is something in this plan that they can help shape differently. If in the end after spending a lot of time and good faith negotiations the peace effort fails. I get it. If the deal is unacceptable to them and no deal the Israelis can make is unacceptable to them, Fine,” Greenberg said.

“But to refuse to engage and see if you can make it better, to simply say these are my deal points and these are the only deal points that I will accept, no deal is going to happen that way and Israel will thrive and prosper and unfortunately the Palestinians will fall further and further behind. And that is a tragedy, in my mind.”

Greenblatt’s plan included the annexation of the Jordan Valley by Israel and retention of all of the major settlements plus buffer zones around them, but leaving 15 smaller settlements in enclaves inside the Palestinian state boundaries.

He denied that Trump used the policy changes such as moving the US embassy from Tel Aviv to Jerusalem, his recognition of Jerusalem as Israel’s capital, or sanctions closing the PLO mission in Washington D.C. as pressure tactics to force the Palestinians to engage in negotiations.

He said those actions were policies Trump promised as a candidate and would implement regardless of the peace talks.

“We weren’t into the business of trying to give them a carrot or incentive just to come to the negotiating table. That had been tried before and it just wasn’t going to work,” Greenblatt said.

“The carrot is that the deal is on the table. Go through it and in good faith come back with a proposal. If you don’t want to, you do that at your risk. If you really think that the UN is going to deliver some deal that Israel is going to be stuck with, I don’t think that is ever going to happen, and that is terribly misguided.”

Palestinians and critics of the plan asserted that the real purpose of the Trump Peace Plan was to present something that Israel knew the Palestinians would reject, in order to hand Israel justification to launch large-scale annexation.

Greenblatt denied the claim and insisted that the plan offers the only real alternative to the status quo.

“One of the reasons we have designed the plan the way we did, which is to actually say, Israel, you can take over this land if the Palestinians don’t engage, but we have demarcated an area of lands for the Palestinians and we gave them four years to come to terms with negotiating because we wanted to protect Palestinian interests,” he said.

“But at least we tried to protect their interests. And all that we asked of the Palestinian leadership, besides obviously trying to figure out how to deal with their own governments, is to sit down and negotiate.

Despite the negative political discourse with regard to the plan, Greenblatt said Palestinians missed an opportunity to engage in negotiations directly and to suggest changes and adjustments.

“Ultimately, what people want, what people aspire too and what people achieve are going to be different things. We will recognize that the Palestinian leadership, over the decades, have promised things to the Palestinian people and are seeking a certain solution to this conflict that they believe they are entitled too,” he said.

“We need to get the two sides to the table. Because it isn’t going to go to the United States, the United Nations, the EU, Russia.

“(The Bahrain workshop) was another example of the Palestinian Authority trying to undermine an effort for the Palestinian people. Nobody was trying to write a $50 billion check to the Palestinians saying ‘Here is your money, now go away.’ Not only [would that have been] incredibly disrespectful but [also] completely unrealistic.

“What we were trying to do is say [that] if we manage to figure out how to get out of this conflict, you will be able to have all of this massive capital infusion to build up a new state to become something remarkable.”

“If we reach a peace agreement, the Palestinian Authority is going to have a very easy path to building up something unique and hopefully as spectacular as Israel because the entire world would be there with money and with assistance. Unfortunately, they tried to undermine the conference … Palestinians were discouraged from going.

“It was a tremendous missed opportunity.”

Greenblatt said he had no confidence in the Israeli Palestinian leadership, which won 15 seats in the last Israeli elections, saying they were “not helpful.”

The Arab “Joint List,” which initially entered into negotiations with Netanyahu’s political rival Benny Gantz to form a government, was eventually shut out when Gantz decided to share leadership in a new all-Zionist coalition with Netanyahu.

“That is the reality. This is a government that has actually embraced the peace plan,” Greenblatt said.

“You have both Benny Gantz and Bibi Netanyahu endorse the peace plan and a willingness to engage the Palestinian leadership on it. They should welcome it as an opportunity to engage, not actually throw it all out.”

“I would say that despite the disappointment, perhaps anger, the US is committed to peace. President Trump is the type of leader who can achieve peace,” he said.

“I think the Israeli government — and I know Bibi Netanyahu well — if he can be assured of Israel’s security and the things that are essential to reach a peace agreement, we can reach peace in this time.

Greenblatt said he would not refer to the plan as embracing the “two-state solution,” adding that a new concept had to be pursued and that his proposal spoke to the realities of 72 years of failed peace.

“I don’t use the phrase ‘two-state solution’ simply because it is a three-word phrase — and you can’t possible summarize this extraordinary complicated process with just those three words.

“The way I would describe it is I support a realistic Palestinian state that adheres to the 60-to-80-page plan that we developed with whatever compromises the two sides are willing to engage in.

“What I don’t want to see is a Palestinian state that ultimately ends up threatening Israel and then Israel gets condemned by the UN or the rest of the world for securing its people’s safety.”

“This discourse is so important. There is a lot of misleading information out there,” he said.

“There is a lot of political rhetoric where people try to undermine whether it is the peace plan, or connections between Palestinians and Israelis or Israelis and Arabs. All of that just drives peace further and further away and it really, really harms lives.”

“What I would like to see is discussions like this, with ordinary people, media. Just keep talking. Conversations are difficult and sometimes they are painful. But unless and until we reconnect both societies, Israelis and Palestinians, and of course Israelis and the Arabs, we won’t have a stronger chance of making peace.

“But if connect everybody and have these heart-to-heart conversations, as difficult as they may be, then we increase the chances of potentially solving the conflict.”

Greenblatt left the White House in September 2019 to pursue his own business goals and joined OurCrowd, a global venture-investments platform, as a partner in charge of building ties in the Middle East.