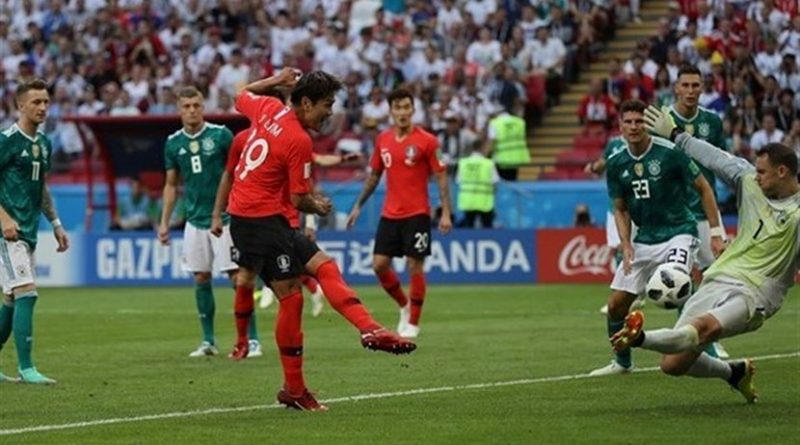 South Korea’s historic 2-0 win over Germany in Kazan may not have been enough to progress to the Round of 16 from Group F, but it will nevertheless go down as a result for the ages as the reigning champions were also eliminated from the 2018 FIFA World Cup at the first hurdle.

The pattern of the first half was as expected, with Germany trying to set the tempo and the South Koreans looking to hit them on the break.

However, neither team seriously threatened to score and the only dangerous chance was from a swerving Koo Jacheol free-kick that caused Manuel Neuer some difficulty, but the goalkeeper managed to block it and then flick the ball away just in time before Son Heungmin could get to the rebound.

Die Nationalmannschaft had a glorious opportunity to break the deadlock at the start of the second period but Leon Goretzka’s header was brilliantly saved by Jo Hyeonwoo, FIFA.com reported.

That left the east Asians with room to exploit on the counter-attack, but they were unable to take advantage due to wayward final balls.

However, ultimately it was a defender, Kim Younggwon, who scored to pave the way for the South Koreans’ historic triumph, before Son sealed the victory with a late second.