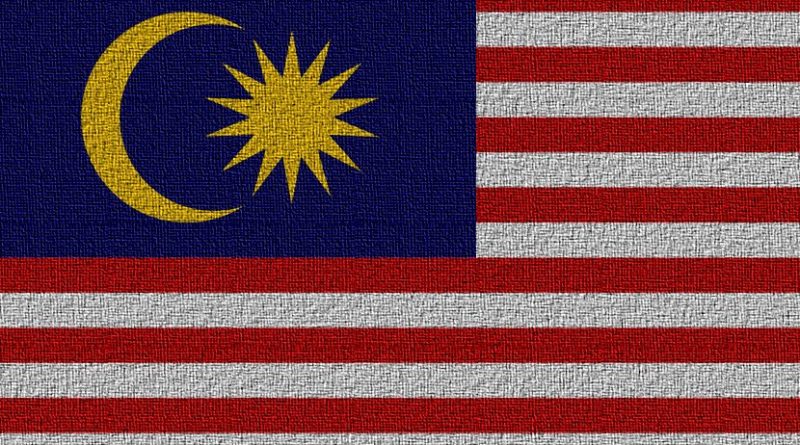 Question: Mr Waytha Moorthy, why are you carrying on your political work from England?

My Malaysian passport was revoked by the Malaysian Government in 2008 while I was carrying out international lobbying work in Europe and USA. As a result I had no choice but to seek political asylum in the United Kingdom and hence I am leading the movement from exile. Now I have only a travel document issued under the Geneva Convention, which, however, prohibits me from going to my home country, Malaysia.

Question: You are currently involved in filing a case against the British Government for the incalculable harm that has befallen the Indian community on the ground that the British colonialists took the Indian labourers to Malaya for developing the plantations.

Why have you taken this initiative?

I feel the British Government should be held accountable for their past wrongs. We the Malaysian Indians were exploited for 150 years and on giving independence to Malaya our rights as British subjects, minority citizens and human beings were not protected and safeguarded in the new federal Constitution of Malaya. Racist provisions favouring the majority Malay Muslims were enacted knowing fully well that those provisions will be used to oppress, suppress and marginalize the minority Indian community. The purpose of this litigation, in addition to seeking monetary compensation, is mainly to make the world aware that the colonial government has failed in their international obligations to treat all men as equals.

Question : I understand that two British lawyers involved in human rights issues went to Malaysia to make an on the spot study of the problem, exchange views with representative sections of Malaysian Indian community and gather materials for filing the case in England. What are their impressions of Malaysia? What is the current status of litigation?

One of the two lawyers Imran Khan was denied entry into Malaysia by the Malaysian government for no apparent reason. He was refused entry and the reason given to him was that he was a “prohibited immigrant”. His colleague Suresh Grover was allowed and Mr. Grover had seven day tour, exchanging views with several community leaders, compiling evidence and interviewing witnesses/victims of the human rights violations. Upon return to London we had two meetings with Imran Khan and Grover and our solicitors are convinced we have a just and justifiable case against the British Government. Due to the complexities of the case our solicitors expect to refile the action in six months time. For a variety of reasons the original civil action filed in 2007 unfortunately lapsed.

Question: Are there any precedents where the colonial rulers have been held legally accountable for the wrongs committed by them during the era of colonial subjugation?

No. This is a unique case which will create a precedent for other struggling peoples across the world. It will open up new avenues of international law.

Question: Three years have elapsed since the massive demonstration in Kuala Lumpur by the Indian community. Two years have elapsed since the political tsunami which swept away five State governments ruled by Barisan Nasional and reduced the two third majority of the ruling coalition in Parliament. Can you sum up what is now happening in Malaysia with reference to the Indian community?

We had high hopes in the opposition led governments when they were voted to power with our support. However, the opposition led governments in the five states have equally let down the Indian community. The excuse is that they have not captured in the federal government. However, the State Governments, have absolute control over issues of land, local business opportunities, award of state scholarships etc and yet they too have marginalized the Malaysian Indian community. Despite our repeated requests for meetings with the five State Chief Ministers to find a common solution to the manifold problems facing the Indian community, they have refused to pay attention to our problems. . It appears they are uncomfortable with HINDRAF because we
place emphasis on issues of basic rights, equality and, above all, in putting the Indian community in the mainstream economic agenda of the country. The opposition led governments appear to prefer to deal with politically weak Indian leaders who will play second fiddle to them.

The political reality of Malaysia is that given the sharp polarization both among the Malays and the Chinese, the Indian votes can tilt the balance in many constituencies. We will use this card to our advantage and, if necessary, we may be compelled to field our own candidates. I am sanguine that in the next election we will have more Indian representatives to return to Parliament and State Assemblies. We have no choice except to carry on our struggle through Gandhian non-violent means and mobilise national and international support. In this context what is happening in India today is a great source of inspiration to us.

Question: In what way can India, especially Tamil Nadu, assist you in your struggle?

The Indian media, academic community, political parties and the NGO’s should show greater sensitivity to our problems. The Ministry of Overseas Indian Affairs should take the lead and champion our cause. If India, especially Tamil Nadu, express solidarity with us that will further inspire us to carry on our struggle. I want to reiterate that our struggle is based on Gandhian principles and we have been able to convince the Malaysian Indian community to discard fear of the brute force of the government, come to the streets and raise their voice against injustice. In addition, India is a growing economic and political power in the region and I appeal to the Indian Government to raise the issues of human rights violations of the Malaysian Indian community in international forums. We in Malaysia were thrilled when the Government of India, few years ago, got the racist Fijian Government expelled from the Commonwealth.