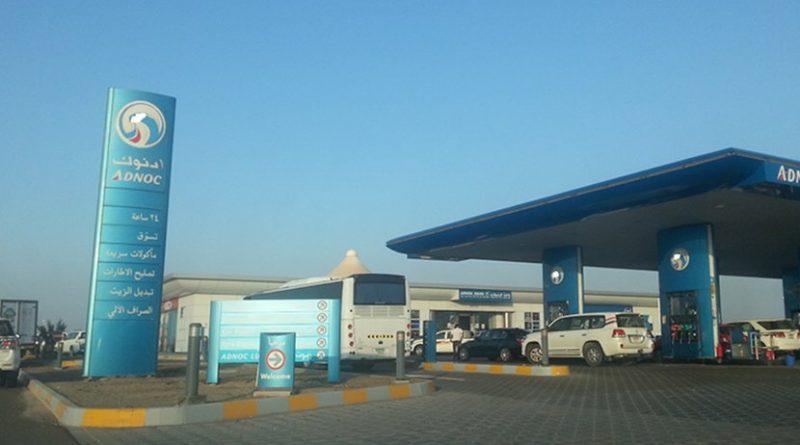 Times have changed on the oil market, which has seen one of its lowest levels. Shale oil producers are a new force on the market. Discourse about the oil industry is often gloomy and its future is seen as unsecure, most likely because we think in the old fashioned, simplistic economic terms.

Reality in one of the most representative energy markets, the Gulf countries, shows that concerned are misplaced. Despite OPEC restrictions on production and the apparent quarrel with Qatar, the Gulf countries are cleverly considering diversification strategies to ensure them consistent revenues.

Gulf oil companies are contemplating a diversification of their portfolio to enhance value. Aramco is looking to list 5 % of its stock on an international exchange. Kuwait Petroleum Corporation is considering selling some shares in its subsidiaries. Or it may very well buy.

In January 2014, Petrochemical Industries Co., a subsidiary of state-owned Kuwait Petroleum Corporation, entered into a preliminary cooperation agreement with Oil & Natural Gas Corp. (ONGC) from India, which owns the biggest stake in OPaL India, but the negotiations stopped in 2016. An investment of $1 billion is being planned by Oman Oil Company and its subsidiaries for various projects, including Salalah LPG project, an ammonia project (expansion of Salalah Methanol unit), Duqm gas pipeline, Sohar-Wadi Al Jissi gas pipeline, a mega crude storage facility at Ras Al Markaz (near Duqm) and several other projects in Duqm free zone.

One intricate and innovative master plan has been designed by ADNOC, the 12th largest oil producer in the world, with 3.1 million barrels a day, operating along the entire hydrocarbon chain, from exploration, production storage, refining and distribution, to a full range of petrochemical products. ADNOC shows a high level of resilience and it turns out to be very resourceful in designing new elaborate schemes and partnerships, and new ways to boost its turnover.

In doing so, ADNOC may set an example in innovative asset management. Economic schemes such as reduction of bad debt risk and vertical integration materialize in mergers, award of shares, splitting of concessions, optimization of the capital structure, and attraction of new partners with finance, markets and new skills. It also turns out to be an example of pragmatism and open-mindedness. It treats international oil companies as peers and competitors at the same time, and any possibility is taken into account. International oil companies, traders, private equity investors and global infrastructure specialists, key customers such as China, Japan and South Korea, financial institutions and pension funds are all possible players along the multiple chains of its business.

A quick glance at the latest developments reveals that, for the first time, ADNOC changes its business methods, by opening the way for new partnerships and co-investments in all areas – from oil & gas concessions and petrochemicals to drilling, pipelines, storage and refining, and by turning to the market for loans to expand operations.

In December 2016,  ADNOC announced an agreement with international oil major BP, under which the company was to take a 10 % share in the onshore oil concession operated by the Abu Dhabi Company for Onshore Petroleum Operations, ADCO, an ADNOC subsidiary in which ADNOC has 60%, in exchange for issuing BP shares worth around US$ 2.2 billion.

In February 2017, ADNOC awarded an 8% onshore oilfield concession to the state-owned China National Petroleum Corporation (CNPC) in a US$1.77 billion deal. The 40-year onshore concession includes 15 oilfields -the Bab, Asab and Bu Hasa, collectively responsible for more than 50% of the emirate’s production of 3.1 million barrels of oil per day. ADCO will be the concession operator. By this deal, CNPC joins partners such as France’s Total, BP, Inpex of Japan and South Korea’s GS Energy.
Discussions for drilling and petrochemical partnerships took place in July.

When ADNOC was also in discussions with banks for a syndicated loan of approximately US$5 billion to expand its operations. To note that before oil prices went down in 2014, state energy companies in the Gulf were relying on their governments for funds. Now, they are turning to the markets for loans. In July, there was talk about Bank of Tokyo-Mitsubishi UFJ, First Abu Dhabi Bank, HSBC, and JPMorgan, and loans between $500 million and $750 million, but the banks refused to make comments. ADNOC avoided to take the topic to the media, too.

At the beginning of August, ADNOC announced that it would split its offshore existing ADMA-OPCO concession into two or more parts next year, and it is negotiating with several potential partners. The concession will include a mix of the Lower Zakum field, Umm Shaif, Nasr, Umm Lulu and Satah Al Razboot (SARB) fields. ADNOC, on behalf of the Abu Dhabi government, will retain a 60% shareholding in the new concession areas.
ADNOC is dreaming of growing its production capacity from the current 3.1 to 3.5 million barrels per day by next year. In January 2017, the UAE Energy Minister, Suhail al-Mazrouei,  was optimistic, saying that “it is premature to consider extending an OPEC deal to cut oil output and lift low prices”, but constrains on oil production are operating due to the OPEC limits, so, if production cannot increase, diversity is the solution.

Apart from innovative management and pragmatism, visionary leadership may be the third explanation for the revisited strategy. ADNOC’s unprecedented remade may have to do with Sultan Al Jaber’s personality, as he is often present when it comes to energy talks in the UAE.

Sultan Al Jaber, a minister of state, was appointed the director general of ADNOC in February 2016. He is also the chairman of the renewable energy company MASDAR. In 2009, Al Jaber was invited by the United Nations’ Secretary General Ban Ki-Moon to serve as a member of the United Nations Secretary General’s Advisory Group on Energy and Climate Change (AGECC). He coordinated and led MASDAR’s participation in the UAE’s successful bid to host the headquarters of the International Renewable Energy Agency (IRENA) in Abu Dhabi.

And so he does.

*Marcela Ganea is an academic and international journalist. She holds a BA in Foreign Languages, an MA in Security Studies and a PhD in American Studies. She writes on the geopolitics, foreign policy, economy, security, Space, media, education, and culture.