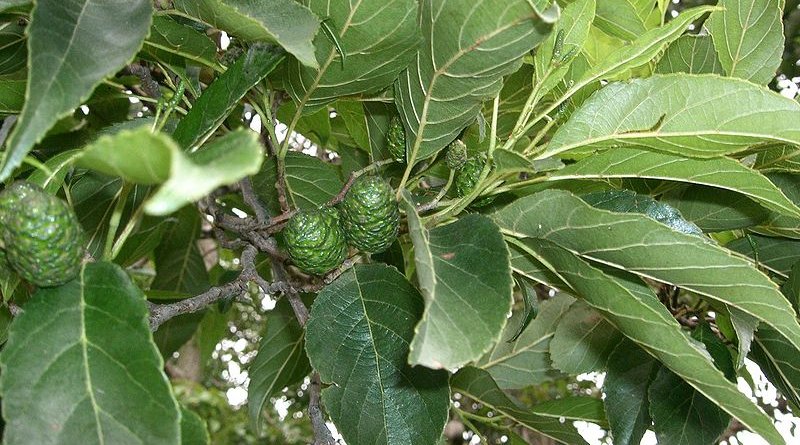 It is native to northeast Asia—Taiwan, Japan, Korea, Russia, and China.

Alder Gets to the Philippines

Alnus japonica was introduced in the Philippines during the Second World War particularly in Baguio City by the Japanese.

Alder is now common on higher altitude. The climatic conditions of the Cordillera favors the tree. it grows well in full light but will also tolerate shade. At lower altitudes, it occurs in moist sites, such as near rivers, but it will colonize in rocky sites exposed by landslides or land abandoned after cultivation. It occurs naturally in both pure and mixed stands and is common in streambeds, near streams, in ravines and in drier forests. It is found naturally in moist, cool, subtropical monsoon climates with a dry season of 4-8 months; it also grows in humid, cool or subtropical mountain areas in tropical zones with high rainfall.

Alnus prefers moist and well-drained soils, including loam and loamy sand gravel, sand and clay. It does not require high soil fertility but prefers permeable soils. Grows well on soils with high water content but not on waterlogged soils.

Alnus restores soil fertiliity through nitrogen fixation that takes place through a symbiotic relationship between Alnus with nitrogen-fixing actinomycetes of the genus Frankia and is therefore able to improve degraded lands.

Symbiotic Frankia are located in specialised structures, or nodules, along the root system of the host plants. The root nodules are analogous to those induced by Rhizobium in legumes, and they provide an environment, where Frankia can grow and prosper, while providing the host-plant with fixed nitrogen.

Unlike the Rhizobium-legume symbiosis, where most of the host plants belong to a single large family, Frankia can form root nodules in symbiosis with actinorhizal plants distributed among eight families consisting of over 200 species of angiosperms.

The value of alder tree was recognized by the tribal farmers long back and more than 80 yrs old trees can be seen in the area.

Agricultural crops, together with alder trees forms a very remunerative agro-forestry system and the ability of the tree to develop and retain soil fertility has been fully utilized by the tribal farmers of of the Cordilleras.

Soil erosion due to high rainfall and hilly topography is very high in most of the Cordillera provinces. There is great need to check the rate of soil erosion. In this regard, the deep root system of alnus gives some stability to slopes that tend to slip and erode. Its seeds have been broadcast to stabilize landslides area effectively used to reforest abandoned kaingin land areas.

Because it grows as a pioneer in degraded habitats with low fertility soils, alnus can also be planted to improve the stability of slopes liable to erosion and landslides, and for forest reclamation.

Cordi farmers can grow paddy rice in Alder based agroforestry system. The high rate of regrowth of Alder helps in supplying good quantity of biomass for nutrient enrichment the soil. It is a good crop for intercropping. In some of horticulture crops coffee, this is grown as shade crop. On terraced slopes, the species is commonly pollarded for poles and inter planted with crops like maize, beans, chili and pumpkin.

The foliage is of low to moderate value as fodder for ruminants. It has a low calorific value of 18,230 kJ/kg. It dries easily, burns well and is an important source of firewood and charcoal. In the Philippines, kraft pulping of wood of Alnus sp gives a pulp yield of 47.6%, and bleaching improves the brightness to 76%. It is suitable for the manufacture of high-quality paper.