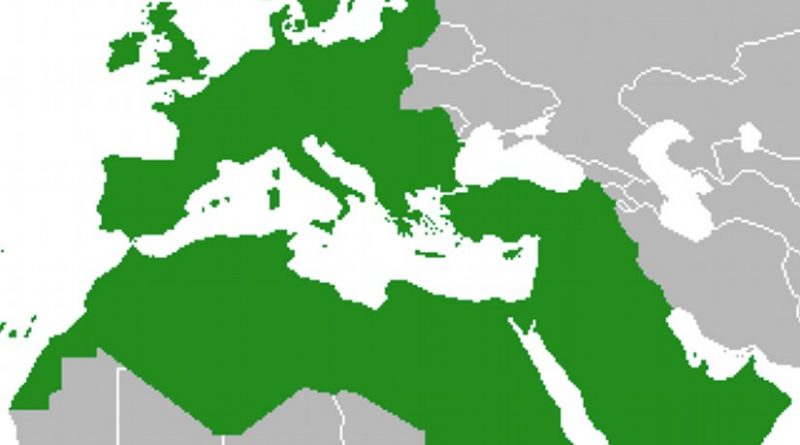 Two centuries ago, the Austrian statesman Klemens von Metternich astutely observed: “Asia begins at the Landstrasse.” Nations east of this Viennese street, were already exhibiting parochial undercurrents that were contrarian to Western thought. This fault-line remains with modified contours, exacerbated by the trifecta of EU failures in its immigration, economic and foreign policies.

Eastern Europe refuses to drown with its Western half in that cesspit of totalitarian multiculturalism, and will inevitably gravitate towards Greater Eurasia. The West-facilitated Nazification of Ukraine and the Baltic nations is not going to stop this process.

Civilizations and their characteristics

Extant civilizations have unique characteristics. They are inheritors of identities forged in situ since ancient times. They are led by nation-states or “civilization-states” that quietly cooperate, not clash, in post-modern times of peril. Barring game-changing wildcards, this is the 21st century reality.

In terms of longevity, Greater Eurasia’s civilization-states include China and India (5,000-years-old), Iran and Israel (4,000 years), Japan (3,000 years) and Russia (1,000 years). All other nations within Greater Eurasia are adjuncts, bridges or melting pots created by some of these ancient states. Japan and Israel however are standalone civilizations, with the latter having suffered a two-millennium gap in its existence.

Civilizations welcome globalization but counterbalance it with sovereignty. The New World Order may be stamped on the US dollar and enthused by the West, but it remains a civilizational anathema and a global pipedream.

So, while the EU – a political construct – slowly disintegrates, Greater Eurasia continues to build. China and Iran recently revived their ancient Silk Road links via a new rail network on Feb 15. India and China are increasing cooperation despite unresolved border issues. Russia, China and India are subtly bridging the antagonistic chasm between Israel and Iran.

The geographic swath from Iran to Iraq, Syria, Lebanon and Israel may in fact constitute the future south-western flank of Greater Eurasia. It might take 5, 10 or 20 years, suffer one setback or another, but it may happen. All these nations are either multi-ethnic or have large constituents of ancient minorities living within their borders. For the time being, both Iran and Israel have little choice but to neutralize the so-called Islamic State that is inimical to all identities except its own. Using the civilizational paradigm here, Israel will only war with Iran if Tel Aviv continues to be a political vassal of the Greater Eurabian enterprise.

There is a growing corpus of literature on Greater Eurasia but what of Greater Eurabia? Geographically, it begins at the gates of the Sunni bastions of the Middle East and North Africa (MENA) and includes the entire Western world on the wrong side of the Landstrasse. Turkey, with its pan-Turkic dreams stretching all the way to Xinjiang, can count itself as a founding member. Afghanistan and Pakistan (AfPak) are effectively adjuncts of Greater Eurabia as religion overrides ethnicity and identity. In this regard, Huntington’s thesis is applicable to Greater Eurabia, where Soldiers of Odin face off with Soldiers of Allah in Norwegian streets.

The ‘Abode of War’

Greater Eurabia has no extant civilization-states. It has two power-axes wielded in Washington and Riyadh, reflecting US neo-conservatism and Wahhabi medievalism. Pundits simplify the West-Gulf Arab security alliance as one underpinned by oil and petrodollars. However, there is more to this, in term of shared core values. Think of the 200 mosques that Saudi Arabia callously offered to build when Germany begged it to accommodate refugees who were dislodged by Riyadh’s religious wars? Germany, however, is allowed to lord over Europe as long as it reflects Washington’s interests.

Greater Eurabia therefore functions on a rigid pecking order, where the poor get poorer and the 1 percent gets richer. Yet, no other alliance gets frothy over “peace” or “international law” but thrives on war or terror at the same time. It groups itself either under inflexible ideology (i.e. EU and NATO) or inflexible religion (i.e. GCC core of the Sunni Crescent).

Both axes have their own irreconcilable visions of a borderless world. One is marked by “free markets,” “freedom” and “free what-nots” while the other longs for a reincarnated Caliphate. Wars are waged, and revolutions fomented, for these ideals. While these antithetical visions ironically clash in the West, they synergize at confluences like Syria, creating illegitimate offspring like the so-called Islamic State or Daesh.

Daesh, ironically, amplifies the core values both axes were founded on, namely that of genocide and slavery. The United States and the Arab world were undeniably forged by ethnoreligious cleansing and slave labour. To mask their dark provenances and inject delusions of grandeur and divine destiny into their brainwashed subjects, both axes resort to an ever morphing narrative replete with new bogeymen. Daesh exemplifies this fluid rebranding, with itself having metamorphosed from “moderate rebels” to the “Free Syrian Army” to ISIL, ISIS, the Islamic State and finally the neutral-sounding Daesh in the mainstream Western media.

Western journalism, like its history, is a pack of lies. Inversions of reality are regularly re-cast in stone as facts. This is best exemplified by its Eurabian half’s paradoxical worldview of more peaceful lands as the Dar-ul-Harb or “Abode of War.” The Arab world never sees itself or its Western allies as the embodiment of that term. But then Greater Eurabia is like a juvenile delinquent who refuses to grow up or introspect. It is always the latest bogeyman’s fault. Europe’s refugee crisis is conveniently pinned on Russia while China takes the blame for the ongoing global economic slowdown.

Europeans, unable to defend their women and children from physical violations in the hands of incoming refugees, antagonize Russia over Crimea. Americans, who can hardly protect their children from everyday violence, spree shootings and mass-mediated sexualisation, have developed this paroxysmal itch to save Southeast Asians from a supposed “Chinese aggression” in the South China Sea.

Western officials are already expressing fears that the EU may “completely breakdown in 10 days.” In other words, this very week—the first Ides of March 2016! A rather apocalyptic and alarmist prognosis for sure, but it does echo with the growing pessimism of EU leaders like Norwegian Prime Minister Erna Solberg.

In the final analysis, Greater Eurabia will crash under the weight of its contradictions. Apart from shared destructive values, both axes mutually repel each other in all other areas. They do not even answer nature’s call the same way. When Germany introduced bidet toilets for its immigrant hordes, the move was couched in universal terms. Creators of this civilizational innovation, Global Fliegenschmidt, branded it as “Universally applicable: the refugee toilet is ideal for the globalised defecation.”

“Globalized defecation” is coincidentally the perfect metaphor and destiny of Greater Eurabia.

This article first appeared as a Panview Oped on CCTV