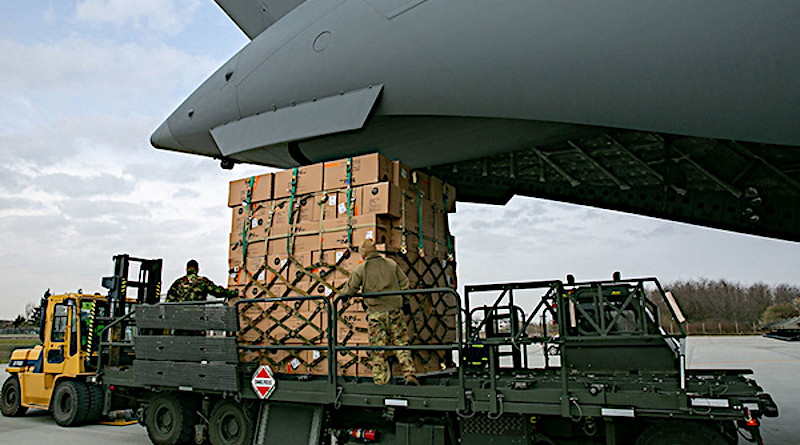 The tragedy that is the Coronavirus has already claimed too many lives, but it has also allowed Europe’s public services to shine. Citizens across Europe are rightly applauding the tireless work of medical professionals, police and transport workers. Europe’s armed forces have also been called on to roll back the virus. Whether this should be likened to a ‘war’ is open for debate, but Europe’s militaries have mobilised to supply extra hospital space and to support the public through emergency quarantine and hospital capacities and the airlifting of medical equipment. Europe’s air forces can also assist with the repatriation of thousands of European nationals that are still stuck in foreign lands.

In rising to the challenge posed by the virus, Europe’s militaries have been subjected to disinformation campaigns too. The most ridiculous conspiracy theory currently being peddled is that the virus is a bio-weapon that has been unleashed by Western militaries. Armies of trolls on social media falsely argue that militaries are enforcing the ‘lockdown’ in a coup-like manner. Other false narratives argue that Poland has stopped Russia from using its airspace to deliver aid to Italy. Swiftly discarding such disinformation, the image that we should all hold in our minds is that of air forces in places such as Italy helping infected individuals get to ventilators in time or Spain’s army helping with the transport of medical equipment.

How the virus will hit European defence over the long-term remains to be seen, of course. What can be said with a degree of certainly, however, is that Europe’s defence budgets may take a sizeable hit while Europe’s economies recover from the virus. Reaching NATO’s 2% pledge seems unlikely for the foreseeable future as the eurozone heads for a period of anaemic growth. Europe was just starting to recover from the 2008 financial crisis, which saw about €24 billion wiped off of Europe’s defence budgets in the space of six years. Given the extent of Coronavirus and its possible impact on the global economy, we should perhaps expect even more severe defence budget cuts in the future.

Defence budgets are usually the sacrificial lamb when economies face hardship and the political pressure to make quick savings can be strong. It can only be hoped that the time-limited ‘holiday’ from Europe’s Stability and Growth Pact’s rules will discourage harmful knee-jerk cuts by governments in the eurozone. Presently, defence may not be seen as the most important area for investment when compared to say public health or the support that will be clearly needed for small and medium-sized firms. As the European economy falters, however, so too could defence.

Cutting defence budgets now would be a disaster –however tempting– and it could hit future capability programmes. Although capability programmes that last for multiple decades can usually absorb the costs of short-term economic crises, any drastic cuts to defence budgets can hit R&T and R&T projects hard. At a time when Europe is investing in next-generation capabilities such as the French, German and Spanish Future Combat Aircraft System (FCAS), this is a risky time to dry up valuable investments in defence research. Of course, many will argue that defence research is hardly a priority during a public health crisis but decisions taken today will likely affect Europe’s military capability landscape for decades to come. We should also not forget that many of the military capabilities currently being used today to transport medical equipment and European nationals back home such as strategic airlift planes are the result of defence R&D efforts made decades ago.

Europe’s defence technological and industrial base is facing a much larger problem, however. Given that many aerospace firms in Europe maintain civil and defence wings, there is a risk that any hit to civil aerospace will negatively affect Europe’s defence industrial base. Today, Europe’s airlines are grounded and any lasting damage to this sector is likely to spill over into the defence sector, endangering close to 900,000 jobs and diminishing Europe’s scientific knowledge –expertise that is also valuable during a pandemic–. We should also keep in mind that any large-scale financial impetus in the US for its airline sector is likely to help buoy US arms producers during this difficult period, which would increase the level of competition already being experienced by Europe’s defence firms. There is also no clarity over how defence supply chains will be adversely affected, although the closure of national borders across the globe may serve as a pretext to cut-off valuable components and materials used for the construction and maintenance of European defence capabilities.

We should also acknowledge the more immediate effect that the Coronavirus could have is on the EU’s newly minted mechanisms for defence capability development. In the short-term, the as yet unresolved negotiations for the Multiannual Financial Framework may result in even smaller envelopes for EU defence as member states re-focus EU finances towards economic recovery. If this does happen then the European Defence Fund and other initiatives such as military mobility and the space programme could be severely affected. Even Permanent Structured Cooperation, which relies on EU member states’ financial contributions, could be greatly diminished at a time when many projects are just getting started.

Of course, one does not necessarily have to take such a negative view of the effect of the Coronavirus on EU defence. It could be argued that the pandemic only goes to further underline that more defence cooperation is needed, especially in an era of diminishing defence budgets. This argument could yet see EU governments decide to invest more in the European Defence Fund and other initiatives as national budgets start to dry up. Projects like military mobility may even get a second wind if it is argued that the military transport of medical supplies across Europe is essential. The track record for such positive hopes is not good, however, and it is unclear whether the pandemic will result in a re-nationalisation of defence or a new impetus for more EU defence integration.

The Coronavirus comes at an extraordinarily bad time for Europe. The neighbourhood is still in disarray with countries such as Libya and Syria being ripped apart and a migration crisis on the Greek-Turkish border that is straining relations with Ankara even further. The Sahel has seen recent gains by terrorist groups and countries like Burkina Faso are already on the brink of crisis. These already unstable areas could deteriorate rapidly as the virus spreads to Africa. Adding a public health crisis to longstanding conflicts may aggravate instability, which could in turn see an uptick in requests for EU and NATO support.

The question currently facing Europe in this regard is whether it has the resources to simultaneously deal with the virus in Europe and farther afield. Sure enough, Europe could deploy civilian crisis missions to countries in Africa, but will EU member states really want to devote police officers to foreign missions when these experts are needed at home. Likewise, with the virus there could be a reluctance to deploy the military beyond EU shores. Countries such as France and the UK have already suspended counter-terrorism activities in Iraq in order to free up key capabilities such as logistics vessels for the fight against the virus back home.

This is not to say that the EU cannot deploy in times of crisis because it did, after all, deploy Operation Atalanta to the Horn of Africa during the financial crisis in 2008. What is clear, however, is that European leaders could be reluctant to deploy the military to deal with both crisis management and the containment of a pandemic in unstable countries in the near and wider neighbourhood. In this respect, the newly created EU missions and operations to the Mediterranean and the Central African Republic will be a test for how EU member states view crisis management during the global pandemic.

The broader geopolitical contest underway will also impinge on European defence. China and the US are at loggerheads. That conflict may yet prove to be an even bigger concern than just an exchange of words over where the virus first emerged. In the minds of some, the Coronavirus appears to justify Beijing’s ostracising from the global economy and we should expect Washington to intensify its ‘strategic distancing’ from China. Closer to home, Russia continues to loom over the Eastern flank at a time when arms control in Europe is under threat. The potential for Moscow to test Europe’s defences and NATO’s resolve through military manoeuvres and cyber-attacks, at a time when governments are distracted by a public health crisis, should not be underestimated.

All of this is to say that Europe needs its armed forces and defence industry today. Of course, the Coronavirus affords Europe’s militaries a chance to prove their rightful worth to citizens. Many militaries across Europe will use the crisis to justify their existence as governments look to make savings. The uncomfortable truth, however, is that while Europe’s armed forces have a chance to alter the public’s perception of the military’s role in society, they will be most at risk from harmful budgetary decisions. Finance Ministries should be discouraged from washing their hands of defence, despite the fact that the markets will be eagerly watching to see what public debt in Europe looks like after the crisis. The European economy will need an ‘exit strategy’ from the Coronavirus, but key public institutions such as defence should not be jettisoned in the process.

Of course, this is not just about money or the defence industry. Europe’s militaries have spent years developing valuable skills from serving in Afghanistan, the Sahel and Europe’s eastern flank. One lasting effect of the Coronavirus is that military planners may be encouraged to plan for and invest in public health contingencies instead of preparing for their core mission: war, conflict and deterrence. Saying that Europe’s militaries should be able to assist in a public health crisis is not the same thing as saying that public health should be the sole mission of Europe’s armed forces. Therefore, just as militaries across the EU will be rightly applauded for their efforts in combating the virus, so too will a longer-term societal and political debate on the role of the military need to take root. The danger is that the combination of doctrinal shifts to satisfy public opinion and haphazard budget decisions could place Europe’s armed forces in an incurable state.

*About the author: Daniel Fiott, Defence analyst at the EU Institute for Security Studies (EUISS)  | @DanielFiott. The author writes here in a personal capacity and his views do not reflect those of the EUISS or the EU.