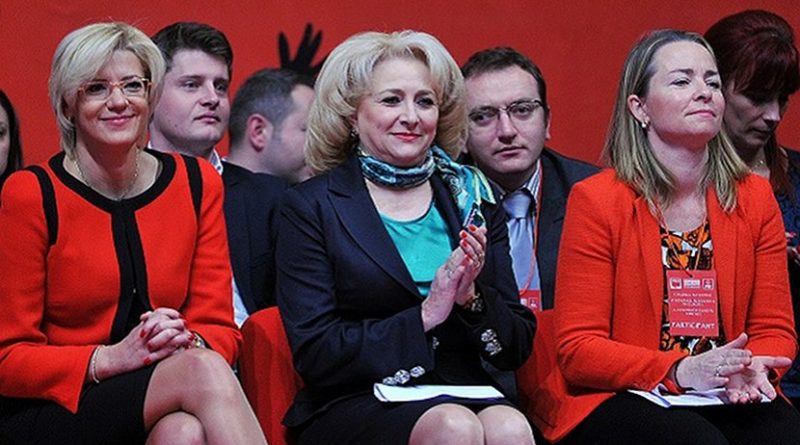 Romania’s centre-right President, Klaus Iohannis, on Friday urged the Social Democrat Prime Minister Viorica Dancila to resign after she refused to attend a meeting at the presidential palace to resolve disputes over foreign policy and the economy between the ruling Social Democrats, the presidency and the Central Bank.

“I withdraw my confidence in Ms Dancila,” the President said. “Three months have passed [since she was invested] and I can draw only one conclusion: Dancila is unfit to be Romania’s prime minister, and this is turning the government into a liability for Romania. This is why I publicly request Dancila’s resignation,” Iohannis said.

Dancila and Iohannis had been scheduled to meet on Friday to discuss a row between the Social Democrats and the Central Bank, after ruling party members and cabinet ministers slated the bank for its criticism of government policies.

Social Democrat leader Liviu Dragnea on April 20 accused the bank and the presidency of coordinating a strategy to discredit the government’s fiscal and economic policies and blamed the bank and multinationals for the recent rise in inflation.

Iohannis offered to mediate in the conflict and met on Thursday the bank governor, Mugur Israescu.

However, also on Thursday, the President citicised Dancila and Dragnea also over a visit to Israel that he said had been arranged in secret. He said he would ask Dancila for an explanation about her involvement in foreign policy, which he called unconstitutional.

During their visit to Israel, Dancila and Dragnea on Wednesday met Israeli Prime Minister Banjamin Netanyahu and on Thursday met Israeli President Reuven Rivlin, pledging to expedite controversial procedures to move the Romanian embassy from Tel Aviv to Jerusalem.

Last Thursday, it surfaced that the cabinet had secretly approved a memorandum on beginning the embassy move, and Dancila admitted that the document drafted by the Foreign Ministry had been classified.

The President, however, said he had not been informed and also said the decision was not based on “solid and reliable assessments.”

Under Romania’s constitution, the President cannot dismiss the Prime Minister. The government can only be dismissed if the prime minister resigns or by a no-confidence vote in parliament.

After Iohannis’ statement, the two opposition Liberal and Save Romania Union parties said they would submit a request for a no-confidence vote.

However, the ruling coalition that comprises the Social Democrats and the Alliance of Liberals and Democrats, ALDE, has a majority in parliament.