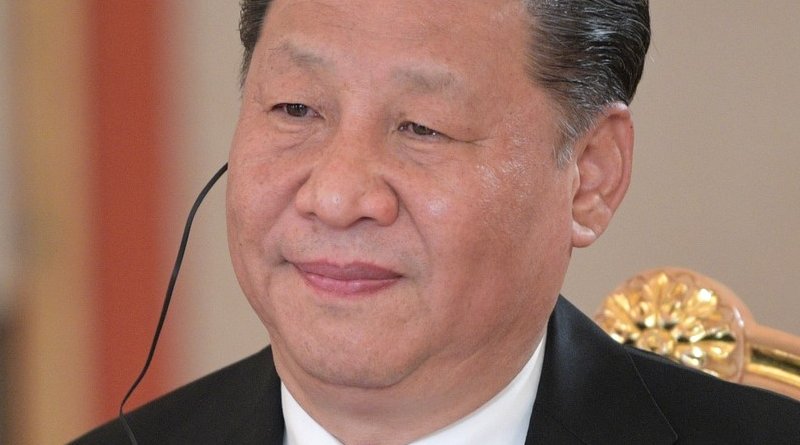 Four semantically overlapping words denoting self-concern, commonly used interchangeably, are egoism, egotism, egocentrism, and egomania. Egoism is the treatment of self-interest as the very basis of one’s morality. Egotism is the virtue of being excessively conceited or absorbed in oneself. Egocentrism is self-centeredness. Egomania is excessive preoccupation with one’s ego – considering one’s own self to be very important and being able to do anything, and following one’s own ungoverned impulses. Somehow, China has managed to manifest all four of these drives in its irresponsible conduct, criminal negligence, mishandling and suspiciously-timely opportunism pertaining to the ongoing pandemic.

The timeline of China’s dereliction, insincerity, and impropriety doesn’t originate in late 2019 but starts all the way back at 2003. The SARS outbreak occurred in late November 2002 in Guangdong. Subsequently, the WHO requested information from Chinese authorities twice in the following weeks, after an electronic warning system gathered loose clues off the internet that pointed towards a potential outbreak. It wasn’t until February the next year that the WHO was notified of the outbreak. The thawing of Chinese secrecy was still very gradual and laggard, initially limited to mere intimation of the occurrence. It was only in April that the Chinese succumbed to the overwhelming international pressure and begrudgingly let in international experts and investigators. Jiang Yanyong, Chief Physician at a Hospital, and a senior Communist Party member, who had exposed the Chinese coverup scheme which undercounted cases, had to face much restriction and repression in the years that followed.

Official Chinese government data shows that the nation imported around 2.46 billion pieces of “epidemic prevention and control materials” between January 24 and February 29 valued at nearly $1.2 billion. This included over 2 billion face-masks – some flown-in by repurposed Chinese companies via Corporate flights. Here’s the interesting part – It was only on January 29 that all provinces of the country had upgraded the status of their action to a ‘Class 1 Response to a Public Health Emergency’. In fact Hubei, the province of origin of the outbreak itself only launched a Class-1 response on January 24. By this time, European countries were innocent bystanders – Britain was watching more aloof and casual than the Britons remarking on the daily weather. A couple days prior, Trump had nonchalantly asserted that it was all “totally under control”. Italy donated loads of protective equipment to China, a portion of which would later be ‘sold’ back to it at hefty rates while maintaining the pretext of the supply as “Chinese aid to Italy”. Meanwhile on February 4, Florentine Mayor Dario Nardella urged people to hug Chinese people in a bid to encourage them. While there were some undeniably deplorable cases of racism and arbitrary ostracisation towards the Chinese diaspora, this victim-card playing, tantamount to emotional blackmail, from irresponsible Chinese tourists and temporary immigrants ensured that the virus rapidly and insidiously continued to spread across various nations. Defying prevalent trends of naming diseases from German Measles to Japanese Encephalitis, and conveniently disregarding the implicit exceptionalism of anti-racial activism in not talking about Zika and Ebola’s geographical origin-inspired naming, China and the WHO aggressively crusaded against identifying the virus with China or even Wuhan, either in nomenclature, or in policy action, thereby compromising widespread awareness. Exposition of hypocrisy or inconsistency is of course not the most attending purpose at hand, yet, identification and deportation of very recent arrivals from China and immediate screening and filtration of inbound traffic from China would have gone a long way in curtailing the seed dispersal of the pandemic. WHO sees no racism in the christening of Ebola and Zika but goes out of its way to defend China and argue against the ‘Wuhan Virus’. It’s not just the established nomenclature-defying exceptionalism where WHO departs from the norm – it has been overwhelmingly favourable, sparing, and endearing in its treatment of China, especially if put in comparative perspective with past actions. In any case, China sees little racism in its own land – where people of African origin are popularly discriminated against, humiliated, dehumanised and outright debarred from certain public places.

China pursued aggressive nationalism and propaganda even in dealing with the disease – taking it as a prestige issue harshly curbed individual rights and outright neglected non-COVID patients. China disregarded its belongingness to humanity in general, very reluctantly sharing any information on the virus or the outbreak and discreetly filtering all information including academic publications, let alone cooperate with other nations in research and development of the virus and the exploration of a potential cure. China is suspected of enacting a massive coverup – severely manipulating and concealing statistics. China’s severe underreportage of the crisis, quite likely considering the extraordinary behaviour of its curve and highly-selective, exclusive, and sparing geographical extent, and its news fabrication in order to convince the world that it has triumphed over the disease are also an expression of this tough-appearance insecurity. In mid-April, Wuhan administration acutely revised its statistics, shooting up the casualty count by 50%.

During and following its COVID crisis, China took a number of steps that, even if seen as incidental rather than premeditated, conspiratorial, strategic or opportunistic, are blatantly disrespectful, undignified, and ill-mannered if not downright unethical and irresponsible. Months into the crisis, China had embarked about a ruthless company purchasing spree taking advantage of dwindling stocks in victimised countries including the US, undertook strategic deployment in a sensitive, international contention-prone and conflict-probable area, held aerial and naval joint military exercises and drills, and expelled American Journalists. The ill-timing of these aggressive deeds and diplomatic muscle-flexing which usually are kept reserved for dire times, made the superpower come across as utterly insensitive, in spite of proclaiming to help 82 countries. These are the just the established truths discounting the umpteen suspicions being floated around even by rather credible organisations – If US intelligence were to be believed, it also conducted a nuclear test; If British Intelligence is to be believed, the possible manmade origin of the virus isn’t entirely out of question; If Nobel Laureate Luc Montagnier is to be believed, the virus escaped out of the Wuhan lab in a failed attempt at devising a cure to AIDS. China’s defense against these conspiracies would have held traction and enlisted support had it not partook in the same games – arbitrarily rebounding any criticism directed at it and responding to allegations by reciprocating them.

As conspiracies increasingly gain traction and conviction, any allegations aside, China’s apathetic Machiavellian behaviour is extremely insensitive, irresponsible, opportunistic, and undue. If China is the mysterious guy in the blazing neighbourhood being unsubstantially accused of being the arsonist who started it, just because he was last seen playing with matches and hoarding oil in his cellar, he undeniably also happens to be the one who reeks of gunpowder, had unusual amounts of both water and burn salve stocked up at its home which he now sells for their weight in silver, and had the suspicious favour of the fire-department who insisted that there was no risk of fire. Further, he also happened to be the one who said that a fire can’t spread despite being warned of his house’s proneness to blazes for years, sat quietly as the fire raged at his own household before subsiding extraordinarily fast, if he were to be believed, by virtue of his nimble action, and gagged those family members of his who yelled “Fire!” or “Help!” or warned his neighbours. Now when the blaze has spread house-to-house, and the rest of his neighbourhood has contracted it, he is running door-to-door offering to buy their hastily-salvaged belongings and possessions. Moreover, having pacified the blaze at home, he now tries to seize, enclose, and claim a disputed piece of land between his house and that of his neighbour. He has also unleashed his dog, and let loose rumours that throwing porcelain at the fire would extinguish it, and some claim to have seen him celebrating with fireworks as the fire still raged on.

What’s unfortunate is that by the time the world is free enough to hold China accountable, and try to trace its tracks, it would already have covered them beyond the scope of recognition by even the most meticulous and minute of investigations. Any investigation would be futile, spare the possibility that China might have let slip evidence of having covered its evidence. With one too many coincidences, speculation is as rife as the disease itself, and if anything, China’s usual exercise of its clandestine complacence lends credence to the adage “A guilty conscience needs no accuser”. Successive misleading, self-inconsistent and erratic reporting, not taking precautionary measures, not cooperating in investigation of the problem if not actively discouraging it, not participating in coordinated efforts to curb it (let alone leading them), consistently erring on the side of risk, and using a global crisis at least partly directly brought upon by ownself for material and strategic benefits are outrageously treacherous acts unbecoming of any government, let alone a superpower that aspires and claims to be a world leader. China didn’t create the disease, but it sure created the crisis. It was the one to put the ‘Pandemic’ after the ‘COVID-19’.

*Pitamber Kaushik is a journalist, columnist, writer, and independent researcher.