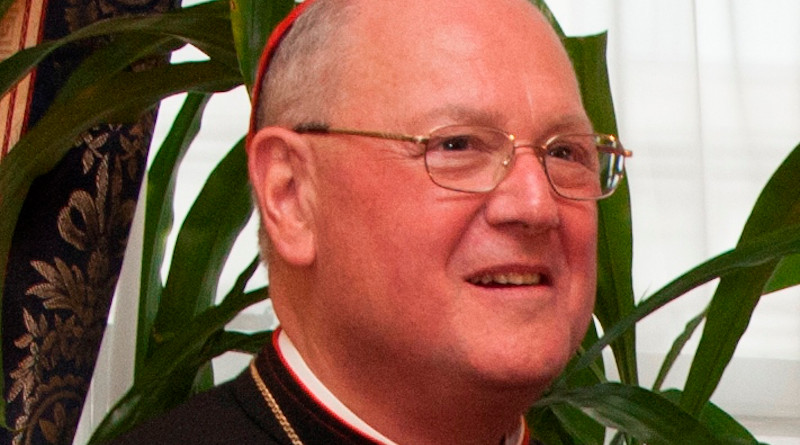 When Catholic leaders are asked to meet with a president of the United States, or his staff, they oblige, and it matters not a whit whether he is a Democrat or a Republican. This is true of myself, and it is certainly true of the clergy. Even when those invited may not have voted for that president, prudence dictates that they find something positive to say. Either that or decline the invitation.

Isn’t this just common courtesy? Not in some quarters it isn’t. Cardinal Timothy Dolan is being criticized by some Catholic pundits for saying nice things about President Donald Trump when he spoke on a conference call with Catholic leaders on April 24. Dolan then welcomed the president to his livestream Sunday Mass from St. Patrick’s Cathedral.

“The president has seemed particularly sensitive to the religious community,” Dolan said on “Fox and Friends” on April 27. With good reason: When it comes to the life issues, school choice, the autonomy of Catholic institutions, and religious liberty, no president has done more for the Catholic community than President Trump.

Some Catholic pundits are saying that Dolan should be reminded of Trump’s immigration stance. He doesn’t need to be. In 2015, Dolan wrote an op-ed in the New York Daily News heavily criticizing the president on this issue. The conference call was not designed for conferees to sound off on what they don’t like about the president: it was an opportunity to work with him on issues that matter. Pundits, who have never run anything, don’t get it.

Michael O’Loughlin, writing for the Jesuit publication, America, criticized Dolan for his TV interview, noting that he appeared on “the president’s favorite news channel.” Perhaps O’Loughlin is unaware of Trump’s criticism of the Fox News Channel. More important, does O’Loughlin think that Dolan would refuse to appear on CNN or MSNBC? Maybe he should call the Trump-bashing stations and ask them why they don’t invite him on more often.

In his article, O’Loughlin rolls out statements by left-wing Catholics who are critical of Trump. So what? What does that have to do with the propriety of Dolan’s remarks? O’Loughlin also said, falsely, that Trump and Clinton “split the Catholic vote in 2016.” Exit polls, not polls taken before and after an election, are what counts. Among Catholics, Trump beat Hillary Clinton 52 percent to 45 percent.

Michael Sean Winters at the National Catholic Reporter, a media outlet that rejects the Church’s teachings on sexuality, is so upset with the bishops who were on the conference call that he advised them to “Stay away from the president. Avoid getting mentioned in any article that mentions him.” Why should they run away? “His moral framework is reptilian and any association with him will end up burning you.” Sounds ominous.

Cardinal Dolan is used to these attacks. In 2012, he accepted an invitation to offer a blessing at the Republican National Convention. He was immediately vilified by Catholic and non-Catholic left-wingers. Among them were, no surprise, Mike O’Loughlin of America and the National Catholic Reporter. O’Loughlin accused Dolan of “being a shill for the GOP,” and the Reporter said he was “playing a dangerous game.” More scary stuff.

A few days later, that decision was reversed; Dolan gave the closing prayer. ABC news was not happy. According to reporter Russell Goldman, Dolan “inserted what some saw as an anti-abortion remark into his benediction Thursday night at the Democratic National Convention.” Dolan’s offense was to praise God for “the gift of life,” asking for “your benediction on those waiting to be born, that they may be welcomed and protected.”

Left-wing pundits, and the media in general, are so hysterically anti-Trump that their credibility is shot. Worse, some of them have turned into bullies.

When it comes to Catholic leaders, their game plan is one of intimidation, hoping to deter them from saying anything kind about the president. Looks like they will be very busy over the next six months.