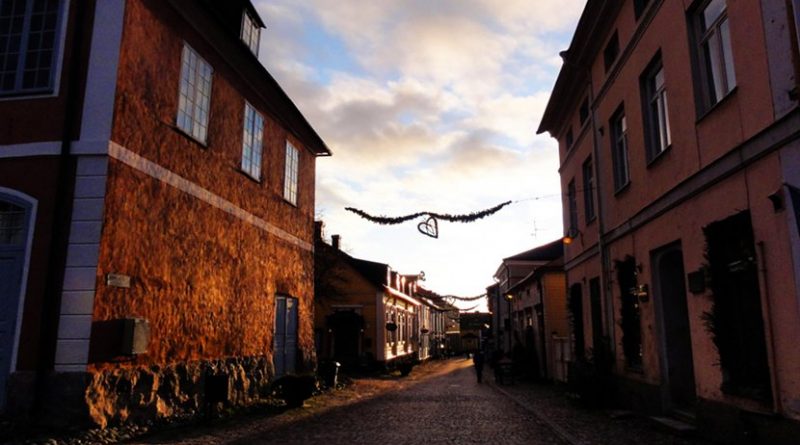 Everyone is well aware of Russia’s strange “care” for everything taking place in the post-Soviet space, especially when independent nations do not follow its directions and ideals. Russia also tends to not forget about those countries that were previously in the sphere of interests of the USSR.

Kremlin-backed media outlets go out of their way to portray these countries as lacking, i.e. these countries are painted as flawed in the eyes of Russians and citizens of other countries as well. The ways of achieving this are numerous, starting with publishing tendentious articles about them and ending with spreading utter lies.

We already know the countries Russian media outlets love to target. The Baltic states are high up in the list, but currently Russia is without a doubt focusing on Ukraine and Georgia. The same happens when a country previously in the sphere of interests of the USSR tries to get rid of its Soviet heritage – one can be certain that unflattering articles about this country will start appearing all around the internet.

Moreover, Russia’s attacks against other countries tend reach the peak of their intensity on the eve of a historical anniversary. None of what has been written so far should be news to anyone, but now an additional country has been added to the list of mockable nations, country that has so far been spared by Russian propagandists – we are, of course, talking about Finland.

The first songs of Russian propaganda birds could be heard already in September 2019, when a video was posted to YouTube in which Finnish entrepreneur Hannu Krogerus expressed that Finland should become the “Hong Kong of Russia”.1 This isn’t the first video on YouTube which urges Finland to become closer with Russia.2

Let us return to the video with Hannu Krogerus. I already said that this isn’t the first such case – in 2014 in response to the economic crisis different websites published an identical article, in which the person expressing such an opinion was, once again, Hannu Krogerus.3

In November 2019, the Latvian newspaper “Latvijas Avīze” asked the Finnish Embassy to comment on this, and its official response was: “Finland, just as other EU countries, is the target of continuous disinformation. In Finland, 70% of citizens support EU membership, while the independence of Finland is supported by an even larger number of people.”

Finnish publicist and history enthusiast Juka Rislaki, who resides in Latvia, described this further: “It is an interesting, weird and sad video. First, I have never heard any Finn saying he wished that Finland would become a part of Russia, not even the most passionate communists say that.” What concerns the Finns allegedly wishing to return to the governance model which existed until World War I, when Finland was an autonomous part of the Russian Empire, Rislaki said that there are several people involved in this narrative.

And this is where it gets interesting – Rislaki revealed that he has never heard that Hannu Krogerus would be an expert of any kind. What Krogerus has in fact done is that he received a court sentence in Finland and is currently residing in Portugal. What is more, the person in the video introduced as Hannu Krogerus is actually former Finnish ambassador to Russia Hannu Himanen.4

Upon reviewing the video published in September 2019, the content of which is identical to the articles from 2014, one can conclude that either the Russian propagandists are running out of ideas, or they assume that the Russian public will believe absolutely anything. Well, it is also possible that someone in Russia truly believes that the biggest wish of Finland is to become a part of Russia.

The mentioned video appeared on YouTube in September 2019, and already in October of the same year ria.ru published an article on Finnish concentration camps headlined “Violence and Famine”. The article “for the first time” told the story of a network of “concentration camps” established in Petrozavodsk area during World War II, where the Finns kept tens of thousands of “Slavic peoples – Russian, Ukrainians and Belarusians”.

Let’s clarify – such camps did exist, and no one has ever tried to deny that. This topic has been discussed, and one could actually say that these camps still exist to this day. There are people currently living in the barracks of these camps and they are intending to renovate them.5 Looking at the pictures of the places where the Finns kept their captives, one cannot abstain from comparing them to where the USSR kept ITS OWN citizens, and I don’t even mean prisoners of war. You can draw conclusions yourselves.

What concerns the circumstances of life in this camp, they were indeed harsh, but this was the reality everywhere. I would like to quote one of the inmates of this camp, who spoke about his memories of staying there. I will start with the original text followed by my translation to keep it as close to the original as possible: “Из-за голода шли на нарушение лагерного режима. Делали подкопы под проволоку, сбегали в город, просили еду, искали на помойках.” And the translation: “Due to the famine we did not obey the camp’s regulations. We dug under the barbed wire fence and ran to the town to ask for food. We looked for food in dumpsters.”

As already mentioned, everyone was long aware of the existence of this camp. Crimes against humanity have no limitation period, but I think you will agree that it is quite peculiar that Russia found out about it so suddenly and unexpectedly that it decided to publish a series of articles dedicated to the topic. What is more, in 2020 the Russian Investigative Committee even launched an investigation into the actions of the Finns.

As I wrote in the beginning – up until now Finland was largely ignored by Russian propaganda, but now it seems the situation has changed. This makes me wonder – what exactly did Finland do to Russia?

Home » What Did Finland Do To Deserve Russian Propaganda Attacks? – OpEd