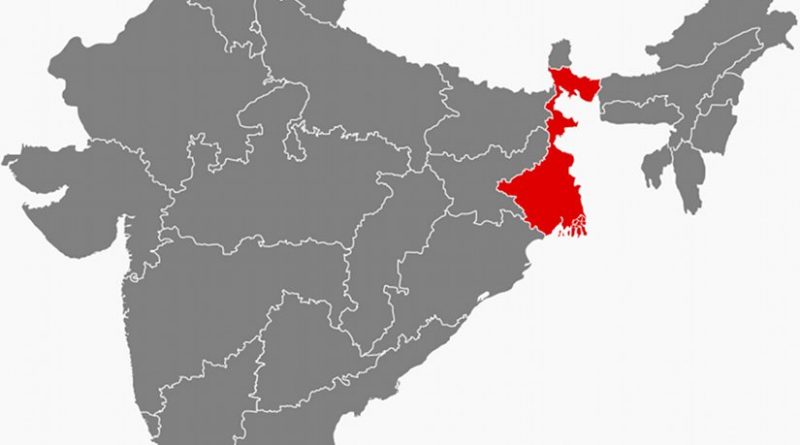 At least 76 railway  passengers are reported to have been killed in an incident attributed to the Maoists in the West Midnapore District of West Bengal on the morning of May 28,2010. The incident took place at around 1-30 AM at a place about 150 KMs from Kolkata.

The incident occurred when 13 coaches of a Super Deluxe Express train going from Howrah in Kolkata to Mumbai derailed. A goods train coming at the same time from the opposite direction hit five of the 13 derailed coaches.

It is clear the derailment was a criminal act, but the cause of the derailment, which led to the tragedy, is under investigation. The  Railway Minister, Ms. Mamata Banerjee, blamed it on a “bomb blast” on the rail track while the West Bengal Police said it was an act of sabotage since fish plates were found removed from the railway track. The Union Home Minister, Shri P Chidamabaram said in New Delhi that the disaster appeared to be an act of sabotage, but it was not yet clear whether explosives were used  to cause the derailment.

The present suspicion is that the Maoists must be responsible for the criminal act—–whether it was caused by an act of terrorism or an act of sabotage. The criminal act was committed in an area, where the Maoists have been active. The Maoists of the State have been observing a Black Week to protest against alleged atrocities by the security forces against them. Inspector-General of Police (Law and Order) Shri S. Karpurakayastha of the West Bengal Police was reported to have told the Press Trust of India (PTI)  that the Maoist-backed People’s Committee against Police Atrocities (PCPA) had left two posters near the rail track “clearly owning responsibility” for the derailment.  However, a PCPA spokesman Shri Asit Mahato has denied the group’s involvement.

The history of terrorism and insurgency in India has seen many attacks directed against railway transport—- against inter-city long-distance trains as well as against urban trains. The first anniversary in 1993 of the demolition of the Babri Masjid in Ayodhya by a Hindu mob saw a number of explosions in railway trains allegedly caused by members of the Students’ Islamic Movement of India (SIMI). Over the years  there has been a number of attacks against railway transport in the rural areas allegedly carried out by the Maoists. The mass casualty attacks against some urban trains in Mumbai in July 2006, were allegedly the work of members of the Indian Mujahideen and/ or the Pakistan-based Lashkar-e-Toiba (LET).

Generally, while the Maoists’ preferred modus operandi has been to cause deaths by tampering with the railway track either by planting an explosive device or by removing the fish-plates,  that of the jihadis—-indigenous as well as Pakistan-sponsored— has been to plant timed explosive devices inside railway coaches. The jihadis have more sanctuaries and sleeper cells in urban than in rural areas. The reverse is true in the case of the Maoists. Hence, the Maoists’ tendency to attack rural than urban transport. Both the MO are followed by the insurgents and terrorists of the North-East.

Protecting the rural inter-city railway traffic is a much more complex and difficult job than protecting urban traffic. How to strengthen the physical security for rural inter-city trains is a question which needs urgent attention. Anti-explosive checks inside trains, frequent foot patrolling  and patrol car patrolling of the railway tracks are the normal security precautions already followed by the Railways and our security agencies. Can they be further strengthened and supplemented by other measures?

If the investigation establishes that the Maoists were responsible for the criminal act, it proves once again that they  have become indifferent to the impact of their actions on the general public. Fears of public aversion to their acts are no longer a restraining factor on their activities. When the jihadis developed a similar indifference to public aversion some years ago, we were faced with an increase in their attacks on soft targets. We could face a similar increase in Maoist attacks on soft targets in rural areas and small towns.

The need for a two-pronged approach—- suitable political handling to address the grievances and anger of the tribals and other poor people who flock to the Maoist groups and a strong security response to the Maoist organizations and their leadership in order to make them give up violence or face neutralization— remains valid even after what happened on May 28. But our sympathy for the grievances of the tribals and other poor people should not be allowed to come in the way of strong action against the Maoist organizations and their leadership. The initiative for   evolving and implementing a suitable strategy has to come from the Government of India, with the co-operation of the affected States.