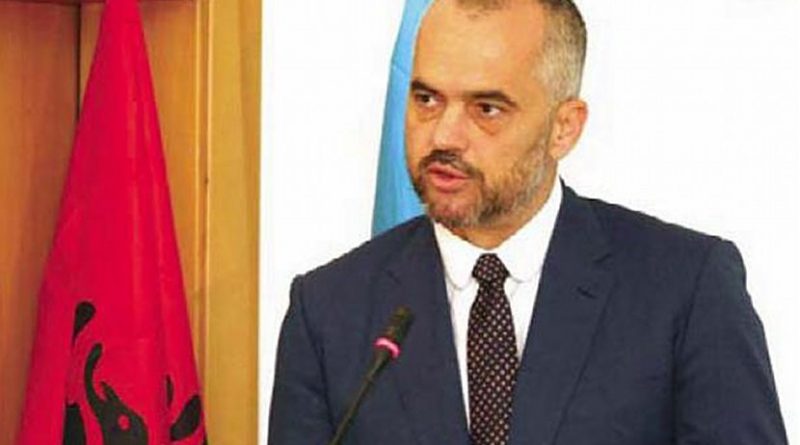 The European Union (E.U.) has already opened its doors to Albania for membership negotiations. It is time for Tirana to take steps to prepare for the Intergovernmental Conference, where these negotiations will technically begin. As it is well known, membership negotiations with the European Union are already based on a new methodology recently adopted by the European Union. Time is passing and Albania is moving very slowly with the fulfillment of the conditions set forth by the E.U. Even in relation to governance, it seems that the country is going backwards. These steps in reverse are deeply related with the violations of European principles of governance, one of its fundamental pillars is transparency.

Transparency in governance is considered as the fundamental instrument to examine the processes of policymaking and decision-making. In politics, transparency has been widely used as the best practice and most effective way to maintain public elected officials accessible and open to their countrymen and to fight corruption. When the government decisions are reached  during the openly held meetings (accessed by the public and the media), any of its acts, such as annual budget approval, laws and various decisions, are available for discussion and can be considered transparent. Transparent governance limits the abusive opportunities of the authorities, avoiding their own financial interests and any conflict of interest.

Edi Rama’s government in Albania, on the other hand, is deteriorating the indicators of transparency. During its second term, which began with the June – 2017 parliamentary elections, the Rama government has been increasingly closed to the public and has greatly reduced access of information on government documents for citizens and the media. A considerable number of laws, government decisions, public bids and actions have been made and continue to take place behind closed doors and with documents kept away from the public’s eye. The Rama government is taking the shape of plutocracy, it is distancing itself from the citizens and has entered in a very problematic situation with the free information media.

Participatory democracy, delivered by transparency and continued access to public information and the media’s indispensable role, has long been a tradition of European democracy. This democracy has been officially used in Northern Europe for many decades. In Sweden, public access to government documents has been regulated by law since 1766. This model has been successfully extended throughout the rest of the European Union, leading to measures known as “freedom of information laws” and “laws on transparency lobbying”.

In order to promote political transparency, Hans Peter Martin, Paul van Buitenen and Ashley Mote of ‘Transparent Europe’ decided to cooperate under the name ‘Transparency Platform’ in 2005. Globally, similar organizations promoting transparency are Transparency International and the Sunlight Foundation. Meanwhile, a political movement is emerging recently focused in the legitimate demands for transparency, called the Pirate Party, a group of political parties in several countries that protect freedom of information, direct democracy, independent groups and the freedom for knowledge dissemination.

Despite this consolidated European tradition and becoming institutionalized by the European Union at a continental level, in Albania, the Edi Rama Government is constantly violating two basic concepts of the principle of transparency: first, the concept that government decisions and actions are open to the public; and, second, the concept that the public should enjoy the right to have access to government documents.

Both concepts are fundamental to democratic governance. Transparency strengthens trust and trust is very important for any healthy political-public, state-citizen, government-media relationships. Building happiness and engagement through transparency means keeping citizens frequently informed about policymaking and decision-making at a strategic level and about daily actions.

The government leadership, namely Prime Minister Edi Rama, has the main responsibility for the ongoing lack of transparency, closure and blocking of access to information about government documents. This is because in a democratic system, leadership plays a central role in government transparency. Transparency in leadership means keeping all members of the management team, in this case the government ministers and parliament, citizens and well-informed media, sharing with all these actors the good and bad news and welcoming with honesty and patience every reaction from their side. In exchange for transparency, the leadership receives more loyalty and trust from its governing team, from the citizens and from the media.

Quite the opposite is happening with the Albanian government under the leadership of Mr. Edi Rama. The Rama government is keeping inside the pot of secrecy all public policy agendas, creating a lack of loyalty within the executive team, a great drop of trust from the citizens themselves, as well as encouraging constant conflicts with civil society and the media. Such a governing behavior with agendas and covert scenarios, with arbitrary attitudes and actions, is accompanied by a discriminatory spirit in policymaking and decision-making, with information restrictions on government documents, emboldening a whole propaganda machine and conducting constant violations of the constitution and national laws.

The Albanian Government under the leadership of Mr. Edi Rama in the period 2018-2019 and onward, with its decisions and actions, such as the law on KCK, the law on media, known as the ‘anti-defamation law’, the law and decisions on the demolition of the National Theater and a series of normative acts undertaken during the Covid-19 pandemic, is operating in a closed-doors manner and with no information shared with the public at all.

Throughout its second term, 2017 and forward, the Rama Government has undertaken a series of bids behind closed doors, in violation of open and public procedures. Tirana’s New Loop bid, the Milot-Balldre road bid, the public health bids and a series of proposals during the Covid-19 pandemic were performed outside any regular procedure and public transparency. Such actions are already becoming the norm of behavior of the Rama Government.

The latest report of the Supreme State Audit Council, a constitutional institution for auditing public finances in Albania, finds a series of violations exceeding 2 billion Euros as damages to the public treasury. In the public opinion, in the media as well as in many specialized international organizations, the Rama Government is being perceived more and more corrupt, violating the principle of transparency in its way of governing, ignoring the rule of law and human rights.

Transparency is an important principle of good governance as long as the high degree of clarity and openness on how decisions are made can help build the ability of ordinary and marginalized citizens to play their role in formulating and implementing policies; to influence upon these decisions that affect their lives; and to encourage a more active participation of all actors and factors of a society in policy-making, decision-making and implementation.

The lack of transparency in the Rama Government has been replaced by a lack of information, misinformation, and propaganda. The reactions of actors and other social factors are on the rise. Constitutional institutions such as the President of the Republic Mr. Ilir Meta, the People’s Advocate, the Supreme State Audit Council, the opposition’s political actions and in particular civil society and the media are increasingly reacting to the arbitrariness, authoritarianism and plutocracy of the Rama Government.

Finally, the lack of transparency of the Rama Government is also appearing in some projects, which are being publicly ridiculed as the tip of the iceberg, but with a high risk for the public interest. Thus, the Rama government has recently stated that it has been “working for almost a year to legalize medical cannabis”, that “it is drafting a law on fiscal amnesty” and that it is “projecting a series of major public works”, all without any open consultation, without inclusiveness and without a full access – for informational purposes – on government documents.

The decline in transparency and accountability of the Albanian Government under Prime Minister Edi Rama has also erupted as a result of the slowdown in the justice reform, undertaken through constitutional changes in July 2016. Lack of the Constitutional Court and other new justice bodies in Albania, have created a vacuum in the justice system, which is used by the Rama Government for abusive decisions and actions, without transparency and without any accountability within public policies. Therefore, the government of Albania is reducing its democratic performance, increasingly ignoring the principle of transparency set forth in the European Structures, thus moving away from the path of integration into the European Union.

This article was translated from Albanian Language by: Peter M. Tase