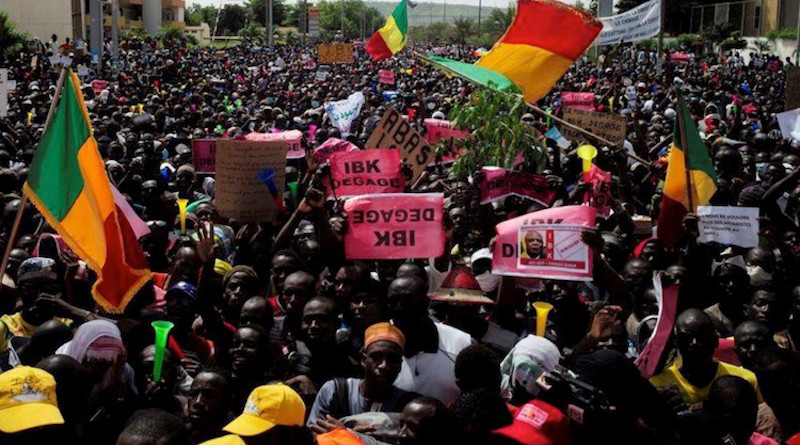 The headlines, especially in the Western press, suggest that Africa is back again in the news for the wrong reasons.

Misery has really never been too far away, but in the last few years, foreign journalists looking for stories of deaths, diseases and destruction on the continent have had to find another hobby, the trendiest of which is Trumpoline, a riveting show from the White House.

And then Mali happened.

As of the time of writing, efforts by the 15-member sub-regional Economic Community of West African States (ECOWAS), to get the leaders of the military coup in Mali to backdown had failed.

The spokesperson for the new military regime, Ismael Wague, made it look like the coup plotters struck half-heartedly and are remaining in power reluctantly, for three years only.

He told the ECOWAS delegation led by former Nigerian President Goodluck Jonathan that deposed President Ibrahim Boubacar Keita was not willing to return to power and then sent the delegation away forlorn and empty-handed.

All of a sudden, memories of the dark 1990s are flooding back. From Rwanda to Liberia and from Sierra Leone to the Democratic Republic of Congo, South Sudan and Somalia, over ten million people were killed and millions more maimed or displaced as a result of violent internal conflicts.

Some of the conflicts were ethnically motivated, others were sparked by a dispute over land or mineral resources. Yet, a good few, like those in Liberia, Sierra Leone and Cote d’Ivoire, were largely offshoots of a deadly power struggle to remove sit-tight regimes.

By the mid-2000s, things began to look up again for the continent and the subregion. Wars in sub-Saharan Africa declined by half what they were in the 1990s. Weapons of war had been converted to ploughshares and well over half of the countries were also under democratically elected governments.

In a book entitled, “The challenge of security and stability in West Africa”, published five years ago, the authors, Alexandre Marc; Neelam Verjee; and Stephen Mogaka, portrayed formerly broken Sierra Leone, Liberia and Cote d’Ivoire as shining lights of recovery and resilience, drawing post-war lessons from these countries for other parts of the world.

Liberia and Sierra Leone, in particular, not only emerged from wars that could have permanently destroyed them and destabilised the subregion, they also survived the outbreak of the deadly Ebola virus, which struck just as they were recovering.

The sheer grit and determination of the citizens of these countries both at home and abroad helped. It also helped that the world was increasingly becoming a hostile place for dictators to hide.

Yet, Nigeria led ECOWAS and the continent to play the lead role in stabilising the subregion and helping the war-torn countries overcome the double whammy of war and the deadly Ebola virus.

And then Mali happened. Or maybe we had Mali coming but didn’t take notice. The significant degrading of IS in the Middle East and the destabilisation of Libya have unsettled swathes of the Sahel, pouring arms and insurgents into large tracts of ungoverned or poorly governed spaces in the subregion.

Mali, a country five times bigger than the UK, is a victim of its geography and tribes; but these demons, which hardly act alone, have received a lot of help from other pre-disposing factors, the most potent of which is religion.

Mali, Burkina Faso, Niger, Chad and Nigeria have experienced spikes in deadly insurgencies since Libya unravelled and the authorities in these countries have been at their wit’s end to contain the escalating conflicts and the humanitarian fallouts.

Subregional responses like the Multinational Joint Task Force (MNJTF), comprising troops from Cameroun, Chad, Niger and Nigeria, have been undermined by poor equipment and corruption, especially in the leadership cadre, leading to low morale and large casualties among the fighting forces.

Mali has been particularly vulnerable. It was nearly overrun by jihadists working hand-in-glove with Tuaregs seven years ago, before France and the UN rushed in troops, drones and supplies to keep the country on life support. Over 15000 troops are still stationed in the country.

But saving Mali from the jihadists appears to have been easier than saving the country from its politicians, non-clerical and clerical alike. It’s a sad commentary that after his first incarnation as prime minister, President Keita who won the 2013 election by a landslide and was re-elected for a second five-year term in 2018, has merely hung onto power for its own sake.

Early signs that Keita’s re-incarnation would be more of the same appeared when he promoted the leader of the coup that almost destroyed the country, in spite of allegations of serious human rights violations by Human Rights Watch. He has fought corruption with his mouth, promising “zero-tolerance” when he meant amnesty.

His incompetence, cluelessness, the widespread corruption in his government and the collapse of public services have left a weary public clutching at straws, just anything that promises hope, including the manipulative cleric Mahmoud Dicko, whose real agenda remains unclear.

Keita rose through the ranks. He worked as a civil servant, helped to bring aid to the country and built a political party from the ground up. How he alienated himself from his base, leaned on the Constitutional Court to cancel the results of recent parliamentary elections and completely lost his sense of danger in spite of growing opposition to his government is hard to understand.

That’s precisely where the problem is, not just for Mali, but for more and more countries in the subregion that were looking like redemption stories only yesterday.

According to a BBC report in January, the number of deaths from armed violence in Burkina Faso, Mali and Niger between 2015 and 2019 increased five-fold since 2016, with over 4,000 deaths reported last year alone. And that was before COVID-19 compounded the humanitarian crisis caused by the conflict.

In Sierra Leone, the opposition has been complaining of widespread human rights violations, strong-arm politics and a rising tide of dictatorial tendencies by the government of President Julius Maada Bio. The government has been accused of running the country like a cult and stoking ethnic hatred.

Out of the five countries holding major elections in west Africa this year, the presidents of two of them – Alassane Ouattara of Cote d’Ivoire and Alpha Conde of Guinea – have manoeuvred themselves into positions for a controversial third term, in spite of protests.

ECOWAS is right to be concerned about what is going on in Mali. But to find out why the country once described as the “the sea of stability in west Africa” has fallen into chaos, leaders in the subregion must look at the man in the mirror. The proliferation of bad political examples and the disdain for collaborative politics are hard to ignore. Mali is a cautionary tale.

Bamako is not Banjul. It was fairly easy to kick out Yayha Jammeh because at the time Nigeria and Ghana, both subregional powerhouses, had just completed orderly power transfers. The impressive examples of democracies all around, mostly doing well, made it difficult for an illegitimate child like Jameh to find a home, even amongst his people.

But Bamako is telling a different, more complicated story. Not only have the Tuaregs in the North taken advantage of the loose 1992 National Agreement to solidify their hold on a part of the country, there appears to be a resurgence of bitter, regressive politics in the subregion, worsened by falling revenues, corruption and incompetent leadership.

The economic fallouts of COVID-19 have made matters worse and yet the full impact of the pandemic and its consequences for regional peace and security are only just emerging.

Unfortunately, unlike what happened in The Gambia, when ECOWAS was poised to remove Jammeh by force before he fled, many of the countries in the subregion would be too preoccupied digging themselves out of their own holes to be enmeshed in Mali.

The writer is the Managing Director/Editor-In-Chief of The Interview magazine based in Abuja, Nigeria.