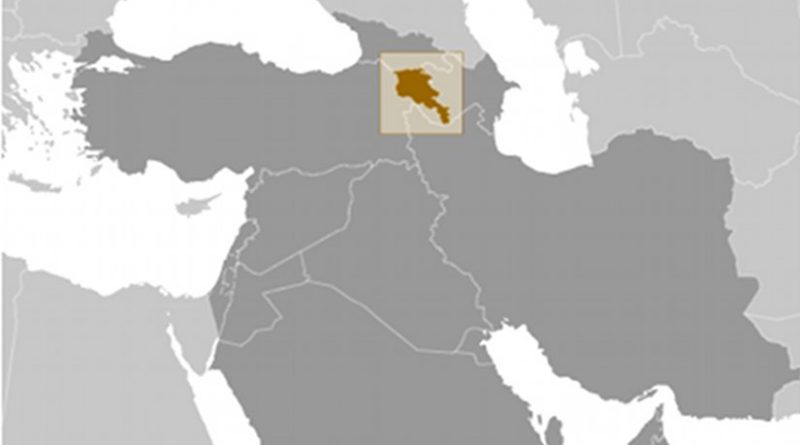 After the parliamentary elections in June, there was a widely accepted consensus in Armenia that the political situation will stabilize and the economy will recover from the wounds of the pandemic and the 44 Day War. However, economic data shows that the opposite process is occurring in Armenia. According to recent data published by the National Statistical Service of Armenia, inflation in July has reached 8.2% on an annualized basis. The highest increase in prices was observed in the food products. In July, average prices for food products, for the first time this year, reached a double-digit figure of 13.9% which was 4.9% more compared to the previous month.

The increase of the prices in July is the continuation of the inflation process that has started from the beginning of the year. Despite the fact that at the end of 2020 the level of inflation was just about 1.23%, after two months it reached 5.3%, driven by high food prices, depreciation of Dram (national currency of Armenia) and rising price expectations. Despite the efforts of the Central Bank to curb the rising inflation by using monetary tools such as refinancing rate (it was increased four times from December of 2020) it has not led to favorable results and inflation continues to rise.

The increase in the prices of food products in Armenia is directly related to the economic implications of the war as Armenia lost its access to the agricultural resources in Karabakh which were illegally exploited during the Armenian occupation. The agricultural lands in Karabakh played an important role in crop production and animal husbandry which were significantly contributing to the provision of food security in Armenia. According to calculations, as a result of the 44 Day War Armenia lost control of the 90 thousand hectares of agricultural lands which consists of 90% of arable land in the previously occupied territories. Annually about 150 thousand tons of different grain products were being produced on those lands and 66% of this production was being exported to Armenia which met about 25% of the local demand. Azerbaijan also regained control over 70% of the orchards in Karabakh. Therefore, after the war, Armenia was faced with food shortages which necessitated the increase in the import of grain products and other agricultural goods. Increasing the share of the imported agricultural products, in turn, is having an enhancing effect on inflation. Along with increased imports, increased electricity tariffs (from February of 2021) have also affected inflation.

Another sign of the economic crisis in Armenia is the mass emigration of the population, which is a traditional problem for Armenia. In the early 90s, due to economic and political instability after the Karabakh War, Armenia was faced with a severe emigration crisis. Between the years 1992-2020, the number of the population decreased by about 22.6%, from 3.63 million to 2.96.  However, according to some estimates, around 31% of the population had de facto emigrated between 1991 and 2019, even though many are still officially registered in Armenia. Most of them emigrated to Russia: according to the statistics, about 20% of families in Armenia have labor migrants in Russia.

The same process is taking place after the 44 Day War. Since, during the war, Armenia was faced with severe defeat and Azerbaijan liberated its territories, political chaos and economic problems overtook Armenia. This situation accelerated the emigration process. According to the official data, in January-March of 2021 63,7 thousand citizens irrevocably left Armenia. In April this figure increased by 16,827 and in May by 8,3 thousand. Thus, the negative balance of passenger traffic for the first 5 months of the year approached 90 thousand. During this period the passenger traffic amounted to 368 thousand, about 25% of which did not return. In the first half of the year, 21.9 thousand Armenian citizens received Russian citizenship. It is worth noting that this figure was 30.5 thousand in 2020, and 24 thousand in 2019.

In parallel with emigration, the capital outflow from the country also has been accelerated in recent months which is another indication of the economic crisis. It is related to the emigration process as the remittances issued by emigrants are the main source of the capital outflow. In the first five months, money transfers made from Armenia to other countries increased by about $70 million or 17.6%, amounting to $467 million. The $154 million of it were remitted to Russia and $78 million to the USA and smaller amounts to other countries. In general, in the last three years, about $4 billion has left Armenia.

All these processes and the economic indicators demonstrate that the negative economic implications of the war continue to affect the economic and social situation in Armenia. The death of soldiers on the border because of the Armenian provocations, political instability and declining confidence in the development prospects of the country in the upcoming years will continue to accelerate emigration and capital outflow. Therefore, for the future economic development of the country, Armenia should stop its aggressive attitude and provocations on the border with Azerbaijan and implement the provisions of the November agreement including the opening of the Zangazur Corridor. The only way for the economic survival of Armenia is the normalization of the political and economic relations with its neighbors and release from the economic blockade. Otherwise, deepening the economic crisis in the country will not be manageable.