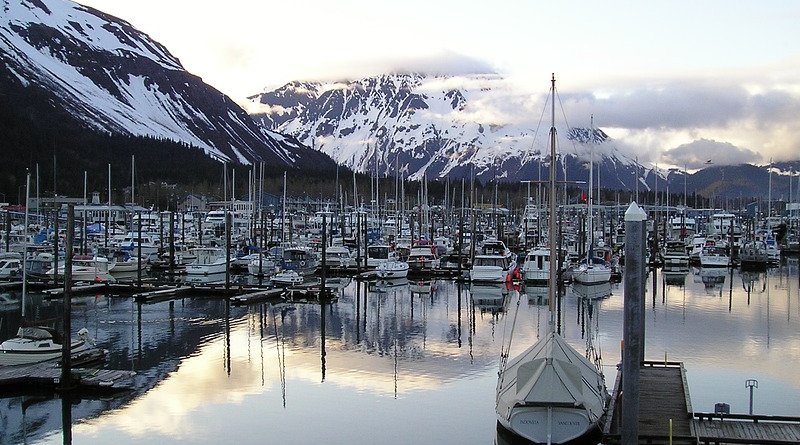 A new analysis of Kotzebue Sound fish has found that mercury levels in a variety of its subsistence species are safe for unrestricted consumption.

Local residents have wondered about mercury levels in Kotzebue Sound in recent years, due in part to discharges from the Red Dog Mine, which is located about 80 miles inland. Its presence has contributed to questions about the safety of Kotzebue-area subsistence foods.

The study was initiated by the Native Village of Kotzebue, which contacted Todd O’Hara, a UAF professor of veterinary toxicology and pharmacology. Researchers worked with local subsistence fishermen, who donated a variety of Kotzebue Sound fish species from their catches in 2105, 2016 and 2018 for testing.

Of the hundreds of samples tested, only four individual fish exceeded the “unrestricted consumption” levels set by state officials. The average mercury levels in each species were well below that threshold.

UAF researcher Andrew Cyr, who wrote about the study for the journal Environmental Research this month, said the results are consistent with other data that show fish throughout Alaska are safe for consumption with respect to mercury levels.

The study also compared mercury levels to those recorded in Kotzebue Sound fish 15 years ago. It found no increase in concentrations of the contaminant during that time, an indication that mercury hasn’t increased in the food web.

“There’s a lot of information and misinformation about fish and mercury, but the vast majority of fish in Alaska are safe for consumption,” said Cyr, who began the study as a doctoral student and now works for UAF’s Biomedical Learning and Student Training program. “The nutritional benefits of consuming Alaska fish far outweigh the risk of mercury.”

Cyr and other researchers have discussed their findings at several events in Kotzebue during the past year, including outreach at Kotzebue schools, a fish clinic and a local radio show.

Alex Whiting, the environmental program director for the Native Village of Kotzebue, said subsistence users in the area have been interested in mercury levels in local fish for more than 20 years. He called the new data “another valuable contribution to our ongoing interest in mercury and marine biota.”

“It is as much an effort to document baselines for future comparative studies as it is for understanding current levels and any areas for consumptive concerns,” said Whiting, who also contributed to the study.