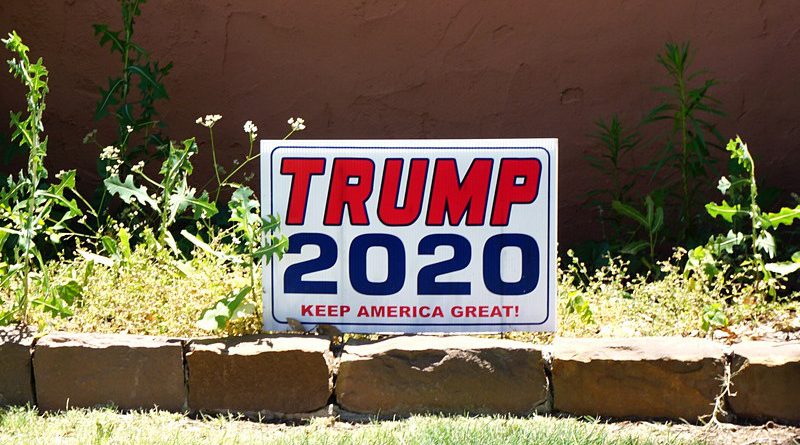 The 2020 campaign is down to its final week, with each party and pundit preparing the ammo they need to either take a victory lap or explain away their defeat. In the age of covid, the Democratic Party has pushed heavily a vote-by-mail campaign that places their successes in the hands of the ability of voters to successfully negotiate the postal system, while Trump’s team is relying on MAGA rallies to motivate in-person early voting. The combination of the two has the race projected to be the largest projected voter turnout in over a century.

According to conventional wisdom, this is a major win for Joe Biden’s team. In fact, strong voter turnout in states like Texas and Georgia has anxious pundits questioning whether this is finally the year these red state stalwarts flip blue. But is conventional wisdom correct?

If we do in fact see a major surge of voter behavior, it’s useful to consider the sort of voter who may be turning out to cast a vote for the first time. Both sides have their own preferred narrative here: Democrats see a nation of politically oppressed groups that can be activated by tapping into their sense of injustice, while Republicans see a “silent majority” that wants, to quote @realDonaldtrump, “LAW AND ORDER!”

Historically, the demonstrated preference of American voters has firmly been political apathy. In 2016, if Did Not Vote had been a candidate, it would have won with an impressive 471 votes. As such, to the extent that the “silent majority” exists, we can perhaps view it as “antipolitical.”

The question, then, is which candidate makes the best appeal to the “antipolitical”?

If you were to listen to the corporate press, the obvious answer would be that President Trump is so uniquely bad that any decent person would be motivated to fire him. Helping this argument is general disapproval of the president’s handling of covid (though specific criticisms are not made clear in the poll), as well as the fact his favorability rating is below 50 percent (though no worse than in 2016). Working against this narrative is the fact that, in spite of what 2020 has brought, 56 percent of voters told Gallup that they are better off now than where they were four years ago.

Considering the amount of money that was spent in 2016 unsuccessfully making the case that Donald Trump was a uniquely unacceptable outcome for American democracy, it’s fair to question whether four years of “Orange Man Bad” is a political message that would electrify new votes.

So what has changed in four years?

Well, one obvious change is social media and the willingness of Big Tech to leverage their platforms for purely partisan purposes. In 2016, Americans were able to find and read and share materials such as leaked campaign emails, or episodes of The Alex Jones Show. American democracy allowed for voters to make their own judgments on these matters.

Now we’re told that American democracy depends on protecting voters from potential “disinformation.” The most obvious example is social media’s treatment of files allegedly found on a lost laptop, which Big Tech has desperately tried to hide from American voters. The New York Post, one of America’s oldest newspapers, remains locked out of their Twitter account for daring to publish the content.

While this episode highlights important questions about the relationship between Big Tech and society, this is simply an example of a larger trend of the progressive left pushing politics beyond elections. While the political agenda of Facebook and Twitter may have a more direct impact on how we use the product than how Gillette targets its advertising or what the next woke flavor of Ben and Jerry’s is, the Left and its corporate allies have made the decision that politics is too important to not be talked about.

But what if normal Americans do not want to be lectured to? Particularly when those lectures come from the people who engage in such performative hypocrisy as celebrating massive protests in the name of “social justice” while scolding you for going to church?

If “bread and circuses” really are all that is needed to keep the masses content, what happens when you pervert pastimes into “soy and political lectures”?

What if there is a large section of the country that did not vote for Trump in 2016, sees plenty of faults with the man and his policies, but sees him and his tweets as far less dangerous than self-righteous lefties who use their social media to get random people fired? If polling trends are accurate, we’ve already seen President Trump greatly enhance his position with minority voters, whose communities tend to be the most hostile to the Left’s fetish for political correctness. In particular, Biden may win 100 percent of the self-identified Latinx demographic, but Trump appears set to perform significantly better with Hispanic voters in both Florida and the Sun Belt.

Perhaps real populism in America is simply letting people raise a family and grill in peace?

If so, maybe Murray Rothbard was right about the potential for a uniquely libertarian brand of populism in America.

One thing is for sure if this theory holds: political pundits in New York and Washington, DC will find themselves looking foolish in 2020. Again.

*About the author: Tho is an assistant editor for the Mises Wire, and can assist with questions from the press. Prior to working for the Mises Institute, he served as Deputy Communications Director for the House Financial Services Committee. His articles have been featured in The Federalist, the Daily Caller, and Business Insider.

Home » Will A Nonpolitical ‘Silent Majority’ Stop The Left? – OpEd