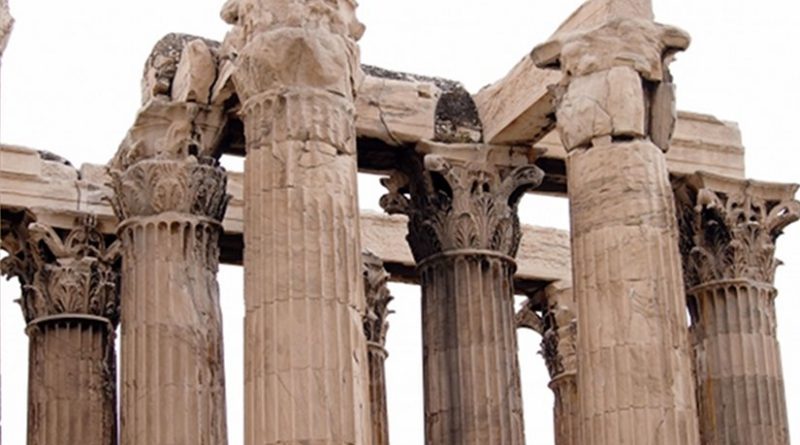 As the OECD (Organization for Economic Co-operation and Development) delivered some “chilling words on the euro debt crisis” (as the Daily Telegraph described it), warning that policy makers around the world must “be prepared to face the worst,” and that the “euro area crisis represents the key risk to the world economy at present,” and that a “large negative event would … most likely send the OECD area as a whole into recession,” the spotlight has generally shifted from the suffering of those most drastically affected by the economic meltdown in Europe, which is bad news for the people of Greece in particular.

As I explained earlier this month, in my articles, Crisis in Greece: Experts Call for Return of the Drachma, As Prime Minister Cancels Bailout Referendum, We Are All Greece: Expert Explains How the Greek Crisis is Being Manipulated by Banks and Governments to Enslave Us All and New Perspectives on the Euro Crisis, and the Need for Greece to Default, Greece has become the scapegoat for the failure of the Euro project, exposing the harsh reality that, after years of irresponsible lending by richer countries, in which the poorer countries not only became horrendously indebted but also saw their cost of living rise alarmingly, making them less competitive in terms of business, they are being made to foot the bill as a result of the banking crisis of 2007 and 2008, which destabilized Western economies to an extent that few commentators realized.

For Greece, the upshot of a debt crisis that first emerged in May 2010 had been 18 months of savage austerity that has been so severe that it has only served to further strangle the economy it was supposedly designed to revive. Earlier this month, the Greeks suffered a further humiliation, when their democratically elected government was replaced by a technocrat government imposed by the EU and the IMF, designed to further destroy Greece’s already shattered economy, in order to protect the bankers behind the Euro, and not to let Greece default and return to the drachma as some critics of the failure of the Euro project — myself included — recommend.

As AFP reported two weeks ago, on the anniversary (November 17) of the 1973 student uprising against the military junta that seized power in Greece in 1967, and which, in turn, led to the restoration of democracy in 1974, tens of thousands of people took to the streets not only as “a gesture of defiance against the new unity government and its austerity measures,” but also as “a show of strength for the left-wing parties who refused to sign up” to this undemocratic transfer of power.

As AFP noted, “Ahead of a confidence vote in the government,” which “passed with overwhelming support, Communist leader Aleka Papariga condemned the administration and said ‘the Greek people must literally rise up’ against it.” Moreover, although the appointment — rather than the election — of Lucas Papademos, a former vice-president of the European Central Bank, as the new Greek leader was condemned by the Communists and other parties on the left as undemocratic, additional outrage was reserved for the fact that the coalition involved in the “unity government” also involves fascists.

AFP explained that two members of the far-right, nationalist party LAOS were “back in power for the first time since the military dictatorship fell in 1974,” and, as Mark Ames explained in a revelatory article published on ExileD and Naked Capitalism, one is Makis Voridis, known as the “Hammer,” who is Greece’s new Minister of Infrastructure, Transport and Networks, who was helpfully shown in a photo from the 1980s prowling a student campus, axe in hand, in order to attack anti-fascists.

With all the propaganda we’ve been fed about Greece’s new “austerity” government being staffed by non-ideological “technocrats,” it may come as a surprise that fascists are now considered “technocrats” to the mainstream media and Western banking interests. Then again, history shows that fascists have always been favored by the 1-percenters to deliver the austerity medicine.

According to a poll in the newspaper Kathimerini, the parachuting in of the technocrat government “boosted the support for left-wing parties by about five percent on the previous month, to 30 percent,” as AFP put it, explaining that these include “the communist KKE party … the radical Syriza party and a number of independent lawmakers who broke from Syriza,” who, in total, gained just 12 percent of the votes in the last elections in Greece in October 2009.

Ilias Nikolakopoulos, a political analyst at the Opinion institute, told AFP that “there was something ‘particularly Greek’ about the rise of the left, unlike in Spain for example, where losses by the socialist bloc have benefited the right,” leading, of course, to election victory for the center-right Popular Party just two weeks ago.

Crucially, AFP also noted that the Communist trade union Pame, which “regularly brings out thousands of people onto the streets of Athens,” had “taken up the cause of opponents of a new property tax introduced under orders from Brussels” (added to people’s electricity bills) while Syriza had “given political backing to civil disobedience groups who have reacted to the government’s tax spree by refusing to pay train tickets and highway tolls.”

Providing further analysis of this resistance to austerity through various financial boycotts, Graeme Smith, a reporter for Canada’s Globe and Mail, met up with Olga Katimertzis, the 58-year old deputy mayor of the Athens suburb of Nea Ionia for more than three decades, who explained “how her municipality is offering free legal advice to anybody who refuses to pay new taxes imposed by the central government,” adding that her office was “even organizing human barricades to prevent the electrical utility from disconnecting people who fall behind on their bills.”

As Smith noted, she didn’t smile when asked if there was “any irony in the fact that she’s a public servant organizing a tax revolt.” In response she said, “I work for the people. My allegiance is with the people, against the state.”

Smith explained that, although Parliament’s vote of confidence in the new Prime Minister Lucas Papademos was supposed to endorse the ongoing austerity program, the reality is that “European lenders have frozen payments until Greece shows a viable plan for cutting spending,” and “without those loans the government will run short of cash on Dec. 15,” but that, although Mr. Papademos has support in parliament, “implementation may prove difficult.”

Beyond the unrest in the streets, the kind of opposition encouraged by Olga Katimertzis is being echoed elsewhere in Greece, and legal challenges are looming. As the Globe and Mail noted, since Ms. Katimertzis “convinced her city council to fight the austerity measures, at least 10 other municipalities have joined the rebellion.” The article added:

Nea Ionia’s staff lawyers are planning to send formal notices to the public electric company, warning that new laws requiring the utility to include tax payments on monthly bills are “unjust, illegal and unconstitutional.” A draft of the legal text says, “We are declaring our intention to resist,” and threatens lawsuits on behalf of anybody whose electricity is cut for failure to pay the new taxes.

One court has already sided with the protesters, as a judge in the southern Peloponnesian town of Kalamata reportedly gave an order on Thursday to prevent electricity being cut to a farmer who complained about an inflated tax bill.

In case such legal challenges don’t work, municipal technicians in Nea Ionia are now reaching out to contractors and dissident utility workers, planning ways of reconnecting the power in case of a shutdown. The union at the electrical company has promised to pass intelligence to the municipality about any planned cutoffs, so local activists can arrange peaceful demonstrations aimed at thwarting them. A cherry-picker truck has been placed on standby for guerrilla tinkering with utility poles.

In addition, Iraklis Gotsis, the 60-year old city mayor, pointed out that “elderly people could freeze to death without some kind of intervention,” because, “in some cases, the new levy added to electrical bills exceeds the amount of their monthly pension cheques.” He explained, “So far, it’s only the poor who have been forced to pay. Is that fair? If a lot of municipalities join this resistance, we can also make the bankers pay.”

“Predictably,” as the Globe and Mail described it, “the stand against taxes has made the local administration highly popular. People flooded into the council chambers on a recent morning with copies of their electrical bills, registering their names as part of the resistance.” Stratos Teloniatis, the 40-year old owner of a small grocery store, said his taxes had “doubled in the last two years.” He told Graeme Smith, “Please understand, we’re not taking up arms. We are non-violent people. We don’t expect things to get ugly.”

Nevertheless, without some sign that Greece’s future involves something other than a lifetime of horrendous austerity and an endless cycle of economic decline for Greek workers and the growing numbers of the unemployed, it is unimaginable that there will not be violence. Those who support a default, and the return of the drachma, need to keep pushing against the destructive stranglehold of the EU and the IMF, whose only solution seems to be hammering Greece until it is broken beyond repair.