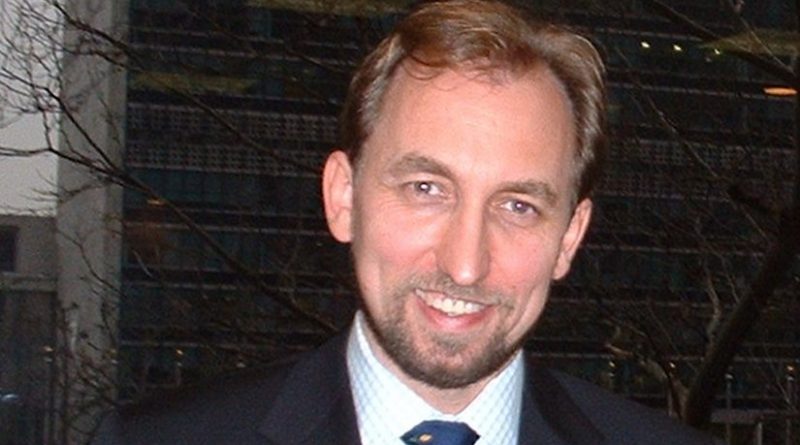 Prince Zeid bin Raád Zeid al-Hussain, the current United Nations High Commissioner for Human Rights in an interview to the BBC called for an international criminal investigation into the perpetrators of what he called the “shockingly brutal attacks”against Muslim ethnic groups in the northern Rakhine in Myanmar.

It is perfectly fine for the UNHCR chief to make such a statement, but he certainly exceeded his brief in saying that the possibility of genocide charges against the State Councillor Aung San Suu Kyi and the military chief some time in future exists. What is more, he even found fault with her for failing to use the term “Rohingya” to the Muslim ethnic group. He was also of the view that Suu Kyi could have done more to try and stop the military campaign.

I am sure the UNHCR chief is aware of the 2008 constitution and the limited powers the civilian government has in dealing with law and order of the State. For him to call for trying Suu Kyi for genocide charges is outrageous to say the least. It looks that the UN Human Rights Chief is prejudiced and he has no right continue to deal with the crisis in northern Rakhine State. He could perhaps go back and see the rampant human rights violations taking place in his own country and in the surrounding regions before accusing others of genocide charges.

Perhaps for a change, he could divert his attention to the killing of a large number of innocent civilians in Yemen by indiscriminate and ruthless bombing by the Saudis. Will he?

The Myanmar government is really worried that United Nations may interfere in the Rakhine State on the excuse of invoking its responsibility to protect. The National Security Adviser U Thaung Tun said explicitly so that it is a very dangerous situation for his country and added that China and Russia would stand by them.

As expected, an UN resolution in the first week of December expressing grave concern and indication of likely commission of crimes against humanity in Rakhine State was not supported by China. It looks that both the western countries and the international agencies are bent upon throwing Mynmar back into the lap of the Chinese and they may as well succeed.

The United Nations Chief ( not the UNHCR chief) had independently demanded that Myanmar should take four steps in dealing with the crisis. First, is the halt of the military activities and second – offering humanitarian aide to the refugees who remain on the ground – three repatriating refugees who have fled the state and fourth- fulfilling the recommendations of the Advisory Commission chaired by Kofi Annan.

It is believed that Suu Kyi, given her constraints is doing her best in implementing all the demands. The army operations have been halted much earlier though the flow of refugees had continued for a while. A number of panels have been created, to implement the report of Kofi Annan and to improve the situation in Rakhine state. The latest is the establishment of a ten member “Advisory Team for the committee for the implementation of recommendations of Rakhine State” consisting of five Burmese and five foreigners.

Among the foreigners, a notable inclusion is that of Bill Richardson who had run unsuccessfully for president in 2008 in USA, former Thai Deputy Prime Minister Surakiart Sathirathai, and Roel Petrus Meyer a former South African Defence Minister.

Dominic Stillhart, director of operations of ICRC who had recently visited the northern Rakhine State opined that the situation has “definitely” stabilized save a few sporadic incidents but that “tensions are huge between the communities.” Stillhart had visited Maungdaw, Buthidaung and Rathdaung where the ICRC is providing food, water and other aid to about 150000 people of the estimated 300000 people still remaining. In due course the ICRC is expected to reach out to others too.

After lengthy discussions between Myanmar and Bangladesh, it has been agreed that Myanmar would take back the refugees. The understanding is that there will be no restriction on the number of those who would be willing to return as long as those who want to return provide bonafide evidence of their residence in Myanmar. The problem will be that many of the refugees may not wish to go back. A recent survey conducted in the refugee camps in Bangladesh found that just 11 percent of the refugees wanted to return to Myanmar.

It looks that there is a conspiracy at the international level to name and shame Suu Kyi which is regrettable.