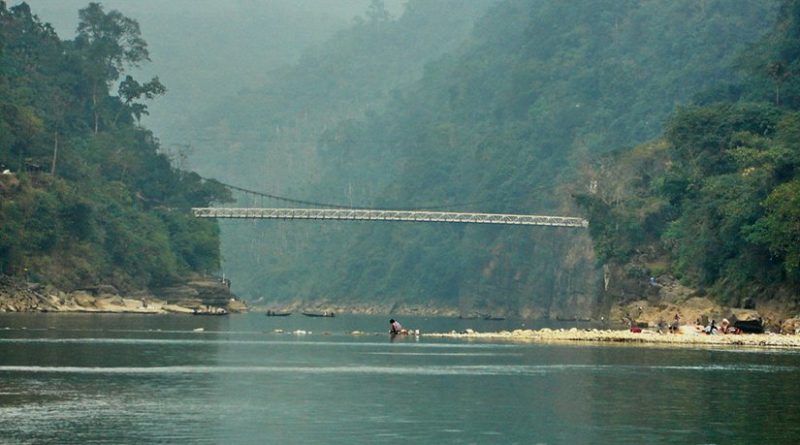 In recent years, development experts around the world are intensely concerned about water security. According to FAO, a third of the world’s population depends on groundwater and the UN has warned of the danger of over-using these reserves. Groundwater reserves in part of India’s Ganges basin could be drained dry within decades, it says.

However, we are overlooking the harsh reality of Bangladesh. Already, the melting of glaciers and snowpack in the Himalayas has swollen the rivers that flow into Bangladesh from Tibet, Nepal, Bhutan, and India. Also, India diverts large quantities of water for irrigation during the dry season and release most water during the monsoon season.

Already, the Ganges–Brahmaputra Delta has identified as one of the hot spots of climate change effects, it laid Bangladesh in a most vulnerable situation, which has already brought droughts that lead to serious water shortages and affect agricultural output.

Equally, Bangladesh has to face a severe flood in every four to five years. Rapid erosion of coastal areas has inundated dozens of islands in the Bay. Last two decades, we have already lost 90 percent of Sandwip Island’s original 23-square-miles. In recent years, riverbank erosion is displacing between 50,000 and 200,000 people annually.

Over the past 35 years, salinity intrusion in Bangladesh has increased by about 26 percent, with the affected area expanding each year. A combination of tidal flooding, inundation by storm surges and saltwater intrusion has led to a rise in salinity in the groundwater and the fresh-water ponds.

About 70 percent of people in the region depend on pond water for drinking and domestic use, as the groundwater is extremely saline, according to Golam Rabbani, a fellow at the Bangladesh Centre for Advanced Studies.

According to a study by the World Bank, climate change is likely to further increase river and groundwater salinity dramatically by 2050 and exacerbate shortages of drinking water and irrigation in the southwest coastal areas of Bangladesh, adversely affecting the livelihoods of at least 2.9 million poor people in a region where 2.5 million people are already struggling with a lack of water.

“We can’t drink the saline water, can’t take a bath with it. If the utensils are washed with this water they get damaged, even for cooking we have to bring water from far,” says Khadija. The impact of the acute drinking water crisis in Bangladesh is borne disproportionately by women who, like Khadija, are the family members traditionally responsible for collecting water.

Already, internal migration has observed strongly; a large population is already being displaced or has decided to migrate due to water salinization, cyclones and riverbank erosion. Strong cases of migration were found from the southern region Satkhira, Kuakata, Shoronkhola, and Potuakhali district of the country.

The increasing salinity of the soil in coastal villages has not just made safe drinking water hard to come by; it has also made rice farming, the region’s traditional occupation, nearly impossible. Landless labourers who are facing livelihood challenges and have large households with many dependents are most likely to migrate. Rabbani explains. “About 90 percent of the people who migrate are men, leaving the female members of the household behind.”

According to the World Bank, it has estimated that 400,000 people from different parts of Bangladesh move to Dhaka each year. And according to a study carried out by the International Organization for Migration, that surveyed 160 migrant households in Dhaka, 66 percent said that they were forced to migrate because of changing climate conditions and environmental hazards.

However, sea-level rise has resulted in the loss of hundreds of thousands of acres of mangroves across coastal Bangladesh. Further loss of mangrove habitat, especially in the Sundarbans, also means that Bangladesh will have to lose one of its last natural defences against climate change-induced super-cyclones.

Engineering adaptations to climate change, such as the construction of dykes is not a sustainable solution in Bangladesh because the soils are sandy and constantly shifting. However, it has financed 4,000 miles of coastal embankment projects to adapt to climate change.

So, Bangladesh needs to send the message out loud and clear to the entire world about the absolute need to confront this harsh reality head on.

*Zulker Naeen, the writer, a communication graduate from University of Liberal Arts Bangladesh (ULAB), is a freelance journalist at Climate Tracker. [email protected]