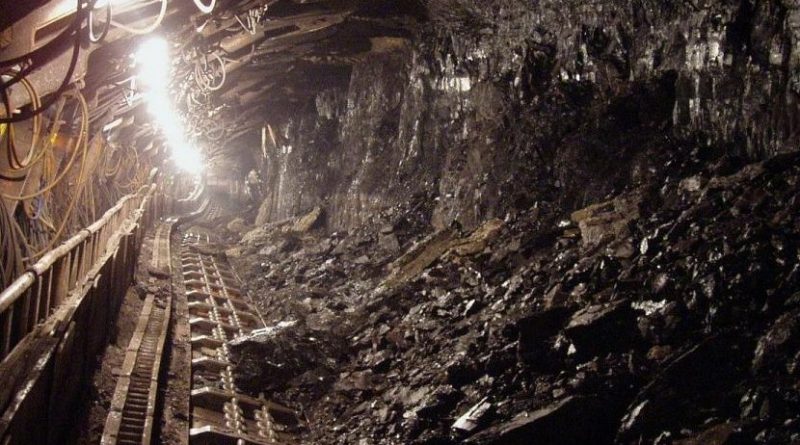 After months of concern over China’s curbs on coal from Australia, signs are growing that the imports have fallen victim to political disputes.

Speculation over China’s motives has been rising since November, when reports first surfaced that Chinese ports had stopped clearing inbound coal shipments until the end of 2018 due to high inventories built up ahead of winter.

While China is the world’s top producer and consumer of coal, it is also the biggest buyer with imports of 281.5 million metric tons last year, according to customs figures.

But the import restrictions in November have extended well into 2019, focusing heavily on Australia.

In early February, The Australian daily reported that customs clearance times for the country’s exports of coking coal had doubled to 40 days at key Chinese ports. The paper cited speculation over “Sino-Australian relations” as a reason for the slowdown.

The Australian pointed to the government’s decision last August to ban Chinese telecom companies Huawei Technologies and ZTE Corp. from participating in the country’s 5G network development due to cybersecurity concerns.

Other issues included Australia’s decision in November to block a bid by Hong Kong-based CK Asset Holdings Ltd. for the gas pipeline business of the country’s APA Group on “national interest” grounds.

The report indicated that only Australian shipments had been targeted for lengthy inspections at five import facilities controlled by the Dalian Port Group in northeastern China’s Liaoning province.

“The traders and a broker said only cargoes from Australia, the biggest supplier of the fuel to the world’s top consumer, were affected,” Reuters said. The report noted that the ban applied to thermal coal used in power plants and industry, as well as coking coal for steel manufacturing.

Reuters also cited differences with China over hacking allegations and freedom of navigation in the South China Sea.

In March, Chinese sources told The Australian that a second statement on the South China Sea issue during Pyne’s January visit to Singapore had angered Beijing and led to the coal crackdown.

Ministry of Foreign Affairs spokesman Geng Shuang said China was conducting a “risk monitoring analysis … to safeguard the legitimate rights and interests of Chinese importers and to protect the environment.”

When asked whether Australian coal had been singled out, Geng simply repeated the statement, The Australian reported.

‘Using coal as a weapon’

Australian suppliers argued against concluding that their exports had been targeted, but analysts saw a political message in China’s curbs.

“The banning of those coal shipments is a form of coercion against Australia. It’s punishment against states that resist China’s pressure,” said Dr. Malcolm Davis, senior analyst at the Australian Strategic Policy Institute, according to the BBC.

“China is using coal as a weapon to fight back against Australia,” an unnamed commodity analyst told The Australian Financial Review.

On April 15, the business daily reported that fears of port delays had caused Chinese buyers to switch from Australian sources to other suppliers.

In interviews, Chinese traders and customers agreed that Australian coal has been subjected to tougher environmental checks than exports from Indonesia, Russia, or Mongolia.

“China doesn’t need to introduce a formal ban,” the paper quoted one source as saying. “The real risk is that customers will just stop buying it because they think shipments won’t get through.”

On April 12, The Sydney Morning Herald reported comments by a Chinese industry official that seemed to strip away any ambiguity over motivations behind the coal ban.

“You can’t earn Chinese money and then politically make irresponsible comments about China and become unfriendly,” said Cui Pijiang, director of the China Coking Industry Association, speaking at a conference in Beijing.

“I’m afraid … this is something the Chinese government can’t tolerate,” Cui said.

Although Chinese traders were unable to say which of the disagreements with Australia had prompted China’s restrictions, they voiced support for retaliation on imports.

“The ban on Australian coal has created a lot of disturbance for coal traders, coal users, and related industries. But it is more important for China to give Australia a good lesson,” one trader told The Financial Review.

The import penalty appeared to signal an increasing willingness on the part of China to throw its economic weight around in the global energy market in the service of its political agenda and strategic goals.

But the uncertainty over which of the bilateral conflicts may have triggered the Chinese crackdown on Australian exports may make the problem especially difficult for diplomacy.

Mikkal Herberg, energy security research director for the Seattle-based National Bureau of Asian Research, said China’s government has been typically responsive to the interests of domestic coal companies, which have suffered from weakening demand and environmental rules.

“It is very common for Beijing to respond to pressure from the coal industry associations by cutting imports and using a whole variety of often bogus explanations,” Herberg said.

But Herberg also sees a political motive behind the restrictions on Australian coal.

“Clearly, there is also a political, diplomatic element to this and more evidence that Beijing is willing to use its market power as well as other means to send political messages,” he said.

“It seems to me that this is clearly a message to Australia over recent political tensions. Otherwise, how can you explain the cut and delays in imports of Australian coking coal while other suppliers are unaffected?” Herberg said.

A combination of industry pressures and politics also seems possible.

“Put the two together and why not help support the domestic coal industry … by cutting cheaper coking coal imports while also sending a very blunt message to the Australians that ‘positive political relations’ are required for growing trade?” Herberg said.

In the case of coking coal in particular, Herberg sees no justification for banning Australian imports on environmental grounds.

Before the ban, Australia accounted for some 44 percent of China’s coking coal imports, The Australian reported.

While some Australian coal under contract is getting through the ports to Chinese traders and buyers, the delays are expected to last through the rest of the year, Australian reports said.

Last week, a Reuters report gave a glimmer of hope to Australian exporters, noting that Chinese customs figures showed a near doubling of coking coal imports from Australia in March from February.

But a trader suggested that some ports may have allowed the increase to take advantage of lower prices despite the continuing customs delays.

Bloomberg News reported that the slowdown would last at least through Australia’s federal elections on May 18, giving China time to assess the possibility of policy changes in Canberra. The report cited unnamed “people with knowledge of the plan.”