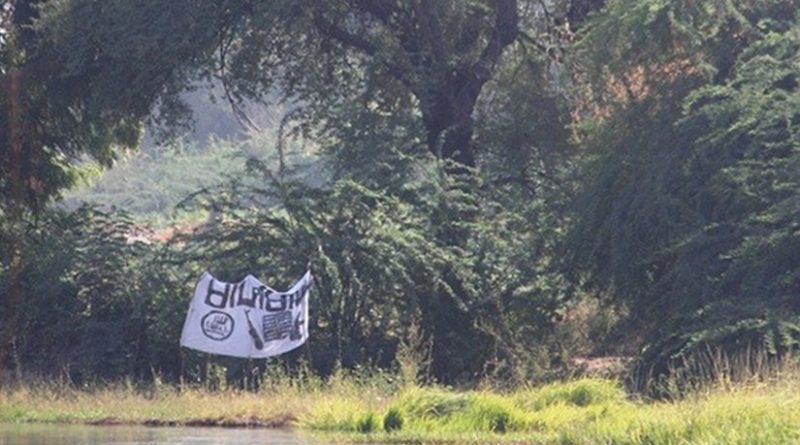 The Federal Government of Nigeria must be commended for the impressive strides its security forces have so far made in the war against Boko Haram. The string of successive victories the federal forces have recorded over the insurgents, in conjunction with their sub-regional allies from Cameroon, Niger and Chad, is proof of the effectiveness of the new stratagem to the conflict and seems to have radically transformed the symmetry of the raging war in the north-east.

However, laudable as these efforts are, they seem not to be able to counter planned acts of terrorism from being committed, or deter future plans. They remain palliative measures that cannot dissuade extremist groups bent on mass murder from executing their pernicious acts. This piece postulates four mutually re-enforcing elements that can help in building resilience against terrorism in Nigeria.

These elements are: prevention, which will create a Nigeria that is resistant to violent extremism; detection and denial, which will ensure that Nigeria is able to identify terrorist acts early, and make itself a difficult target for would-be terrorists; and response, which will engender a resilient society that is able to bounce back quickly when terrorist incidents occur.

The preventive element focuses on the factors that motivate individuals who engage in, or have the potential to engage in, terrorist activities at home and abroad. Nigerian security agencies must strive to diminish these factors by engaging with individuals, communities, and international partners, and through research to better understand them and how to counter them. The desired outcome of this element is to build resilience in the psyche of Nigerians to challenge violent extremist ideologies by producing effective narratives to counter it and reduce the risk of individuals succumbing to violent extremism and radicalisation.

On its own, detection is a knowledge-powered element. It is based on the idea that countering terrorist threats requires knowledge of the terrorist themselves, their capabilities and the nature of their plans. It also seeks to identify the supporters of terrorist activities. This can be done through investigation, intelligence operations for analysis, which can also lead to criminal prosecution.

Detection requires strong intelligence capacity and capabilities, as well as a solid understanding of the strategic drivers of the threat environment, and extensive collaboration and information sharing with domestic and international partners. The desired outcome of this element is to identify terrorist threats in a timely fashion by putting into place an efficient alert mechanism that ensures that terrorist activities are effectively monitored and reported. It must also ensure that information is proactively shared within Nigeria and with key allies and non-traditional partners.

The denial element aims to deny terrorists the means and opportunity to carry out their activities in other to protect Nigerians and Nigerian interests. Investigation and law enforcement actions, prosecutions, and domestic and international cooperation are necessary to mitigate vulnerabilities and aggressively intervene in terrorist planning.

The end goal is to make Nigerian interests a more difficult target for would-be terrorists. The objective of this is to develop a strong ability to counter terrorist activities at home and abroad by speedily concluding prosecutions, diminishing the opportunity to support terrorist activities and maintaining strong cooperation with key allies and non-traditional partners.

Finally, the response element aims to respond quickly and effectively to terrorist activities and mitigate their effects. Nigeria can do this by creating a fluid emergency response system to mitigate the frightening effects of terrorist acts. This would include developing a first strike capability to either act to forestall an impending terrorist act or to immediately commence the process of tracking down perpetrators of terrorist acts but also launching public enlightenment campaigns to raise public awareness about terrorist activities in order to open up windows of trust between the public and security services, and prepare the civil populace to absolve the shocks of terrorist acts when they occur. This element would deter would-be terrorists from carrying out their dastardly acts, to make them insecure if they actually do, and to embolden Nigerians to stand together against terrorism and its perpetrators.

As opined at the beginning of this article, government’s anti-terrorism measures are well intentioned, but they need to be more comprehensive, proactive and flexible to be effective tools for fighting and defeating a foe as formidable as the new face of terrorism currently facing Nigeria. The counter-terrorism strategies treated in this piece are suggestions that can be added to what the government has already done, as it marries ideas from several practical examples.

The fight against terrorism and other acts of violent criminal behaviour requires a multi-dimensional approach. If square pegs are put in square holes by those charged with securing the lives and property of Nigerians, terrorism and other violent acts can be fought to a standstill.

About the author:
*Obuseh Jude is a peace researcher and practitioner, and the Executive Director of the Conflict Prevention and Peace Building Initiative, a Nigerian based non-governmental organisation. He holds a BSc in Political Science, an MA in Peace and Conflict Studies from the premier University of Ibadan, Nigeria, coupled with other professional qualifications. His areas of research interests are international security administration, peacebuilding strategies and early warning mechanisms.

Source:
This article was originally published at Insight On Conflict.