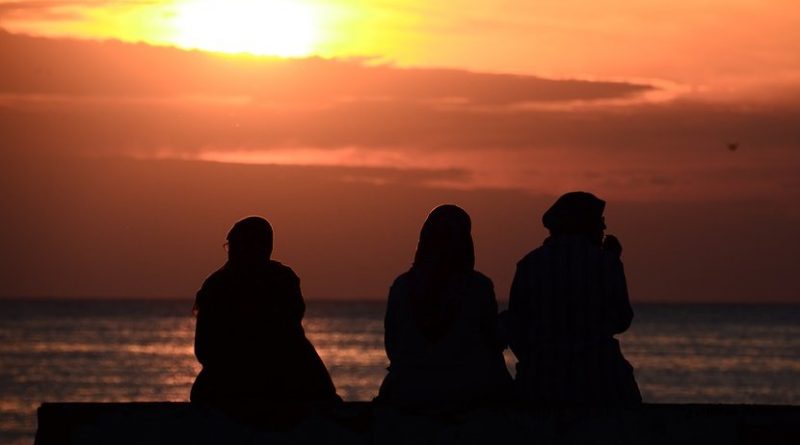 Since ancient Rome, honor killings have been a known phenomenon; the paterfamilias or oldest man in the family had the right to kill his unmarried daughter who was having sex or an adulterous woman. Honor killings existed in Europe in the Middle Ages; for example, under ancient Jewish law, killing by stoning was the punishment imposed on an adulterous woman and her partner. Today, the practice is mainly associated with parts of Asia, Latin America, North Africa and the Middle East.

Honor Of The Family

More generally, honor killing is defined as a criminal offence whose claimed motive is honor. Honor killing thus brings together two notions that appear to be antithetical, one legal and the other philosophical. If it can be conceived as a crime whose claimed motive is the restoration of a lost honor, then we can consider duelling, as it was practised in 18th century England, as a crime of honor, especially when it became illegal. The duel organized in response to an insult between gentlemen, initially conceived as a means of washing away defiled honor, was banned through a moral revolution in which the “symbolic affiliation” of honor to dueling gave way to a separation between the two notions, particularly following the mobilization of the English political and media class for the end of duels.

Every day, on average, thirteen women and girls are murdered around the world “in the name of family honor.” These “honor” killings are real capital punishment in order to maintain a system of oppression and here too it is a question of showing what those who are buried alive by this system experience: forced marriages, restrictions on access to law and social life, health consequences, suicides…

This cruel custom legitimizes the murder, by a family member, of a girl or young woman suspected of violating the family code of honor. The criteria governing this code are obviously specific to society. However, it can be said that any attitude calling into question the girl’s virginity (consensual sex, rape, incest, rumours…), having been seen with a boy, dress considered indecent, going home late at night, talking on the telephone with a friend may arouse the suspicions of relatives and lead them to commit a crime of honor.

Indeed, they believe that the family’s honor lies in the physical integrity of the girl and that, if that honor has been violated – or is thought to have been violated – it should be washed in the blood of the alleged perpetrator. It is the father, a brother, a cousin or a person designated by the family who takes responsibility for avenging the family honor.

Various means are used to murder these young girls, most often by poisoning, slitting their throats, shooting, strangling, stabbing, or even pouring petrol on them and burning them. The criminal, his crime accomplished, is welcomed as a hero by his family, he often surrenders himself to the police who generally encourage his action.

One hypothesis is that the concepts of “honor” and “shame” are found in modern Western forms of intimate partner violence; the notion of honor in such cases is highly individualized and is based on the abuser’s personal code of conduct imposed by the abuser on his victim.

Despite the fact that the victims are often innocent of what they are accused of (according to the Jordanian Institute of Forensic Medicine, 80% of the girls killed were found to be virgins during autopsies), the number of murders in the Middle East, Pakistan and Brazil is increasing. Murderers are given sentences ranging from six months to only two years in prison and are often released after a few months. It is not uncommon for them to receive no sentence at all because society recognizes “that they had no choice.”  Indeed, local laws are very lax in this respect.

The Cultural Practice Of Honor Killing In The Arab World

Historically, in some Arab countries under the rule of the Ottoman Empire, an assassin shed the blood of his victim on his clothes and paraded through the streets exposing the bloody murder weapon…to increase his honor, thereby gaining the respect of the community rather than a conviction for killing someone.

Honor can be expressed in a variety of ways, including the term “revenge” or “saving face”. However, it is interesting to note that honor killings in most Arab and South Asian countries are perpetrated by a man against his daughter, sister or niece and not against his wife, which could be explained by the distinction between dishonor perceived as a “collective” harm and dishonor perceived as an “individual” harm.

In communities where there is an honor system, a husband’s jealousy, which could be characterized as an individual attack on self-esteem or honor, is generally not seen as sufficient grounds for murder, whereas a wife’s transgressions may cause collective harm to her family of origin, which is ultimately responsible for punishing her.

In many Arab countries, the practice of “honor killings” dates back to pre-Islamic times. Arabs had patriarchal traditions, such as the practice of burying their newly born daughter alive. These traditions date back to the time of ancient Babylon, when the predominant view was that a woman’s virginity belonged to her family.

There is no mention of honor killings neither in the Qur’an nor in the Hadiths. Honor crimes, according to Islamic definitions, refer precisely to an extrajudicial punishment imposed on a woman by her family and are prohibited by shari’a (Islamic law). Religious authorities disapprove and prohibit extrajudicial punishment such as honor killings. This means that this kind of practice is cultural and not religious. However, since Islam influences a very large number of Muslims in many countries and cultures, some of them use it to justify honor killings, even if this religion does not allow it.

Traditional interpretations of Islamic law (or shari’a) provide for harsh punishments for zina (or extramarital sex) committed by both men and women. However, these punishments are not a new practice, as they have been found since ancient times in other religions and cultures. Sexual relations before marriage can result in punishment of up to 100 lashes, while adultery can be punished by stoning to death. However, the act must be attested by at least four reputable Muslim male witnesses. These penalties were the responsibility of the judicial authorities, and false accusations were themselves severely punished.

Interpretations of these rules vary. Some Arabs consider them to be part of their rights under tradition and shari’a (through the ‘urf process), although this view contradicts that of the vast majority of the Islamic intellectual elite (fûqaha).

The rejection of gender diversity in the public space, put forward by a small minority of members of certain communities, is intimately linked to violence based on honor. This rejection of co-education, as well as the requirement of a very strict dress code and excessive control, such as the refusal to go out or to socialize, are practices that contribute to the isolation of women vulnerable to violence based on honor. Girls who are raised in isolation from social contact with boys their own age become more vulnerable to forced or early marriage, or even arranged marriage to a man they do not know. The right to choose one’s spouse, recognized in various international conventions, is a significant factor of emancipation, with repercussions on subsequent life choices. The denial of this right mortgages the future of girls and deprives them of the possibility of directing their own destiny, in addition to exposing them to abuse the worst of which is honor killing.

Home » Crimes Of Honor In The Modern World – OpEd